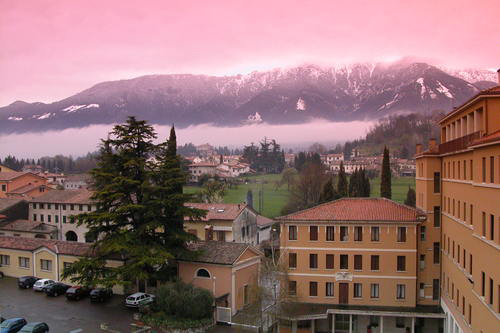 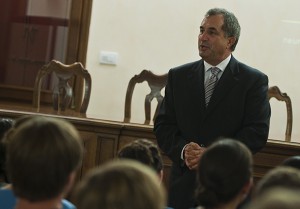 CIMBA’s story is one of entrepreneurship and adventure. Nearly 25 years ago, CIMBA President and Founder Al H. Ringleb had a vision for creating a unique international MBA program that would open new opportunities abroad for students and faculty. The idea was to draw students from around the world to pursue their MBA, while giving faculty from top American colleges and universities an opportunity to gain international experience teaching business courses at an accredited program in Europe. As surprising as it may seem, in 1985 when “Dr. Al” first had this idea, there were few to no personal development opportunities available for faculty despite a rapidly growing interest in global business.

Expanding from MBA to Study Abroad, Executive Programs, and More

While debating how to move forward, Dr. Al, who holds a law degree from the University of Kansas and a doctorate from Kansas State University, began teaching and coordinating international programs at Texas A&M University. In the early 80s, he traveled extensively to and from Europe and the Soviet Union in search of business and academic partners for what would become CIMBA. Soon, businesses in both Germany and Italy, along with Clemson University, opened the door for the idea to become a reality. CIMBA was born and within a few years, the curriculum expanded beyond MBA programs to include study abroad opportunities for both graduate and undergraduate business students. By 1999, as the program moved to the University of Kansas, CIMBA announced its undergraduate program would remain focused on business, but would grow to offer courses for students majoring in communications, journalism, engineering, and more.

As CIMBA expanded, Dr. Al became more intrigued with the field of neuroscience and the way the human brain works. He saw the implications this work could have on building personal development and leadership competencies within the CIMBA environment, and it led him to move the program to the University of Iowa in 2008. Since that time, Dr. Al and his team have continued to develop cutting-edge innovations in this area, including a series of groundbreaking tools developed at CIMBA by the CIMBA Leadership Institute. Today, these innovations are infused into all of CIMBA’s programs, with the goal of assisting and guiding students to learn more about themselves as they seek to become better managers, leaders, and entrepreneurs. This primary focus on the student and his or her personal journey remains integral to the CIMBA experience. That’s why when Dr. Al isn’t teaching undergraduate, MBA, and executive students, he can often be found in the CIMBA Leadership Institute talking with students about new ideas in leadership and development, or working with them one-on-one as a personal coach.