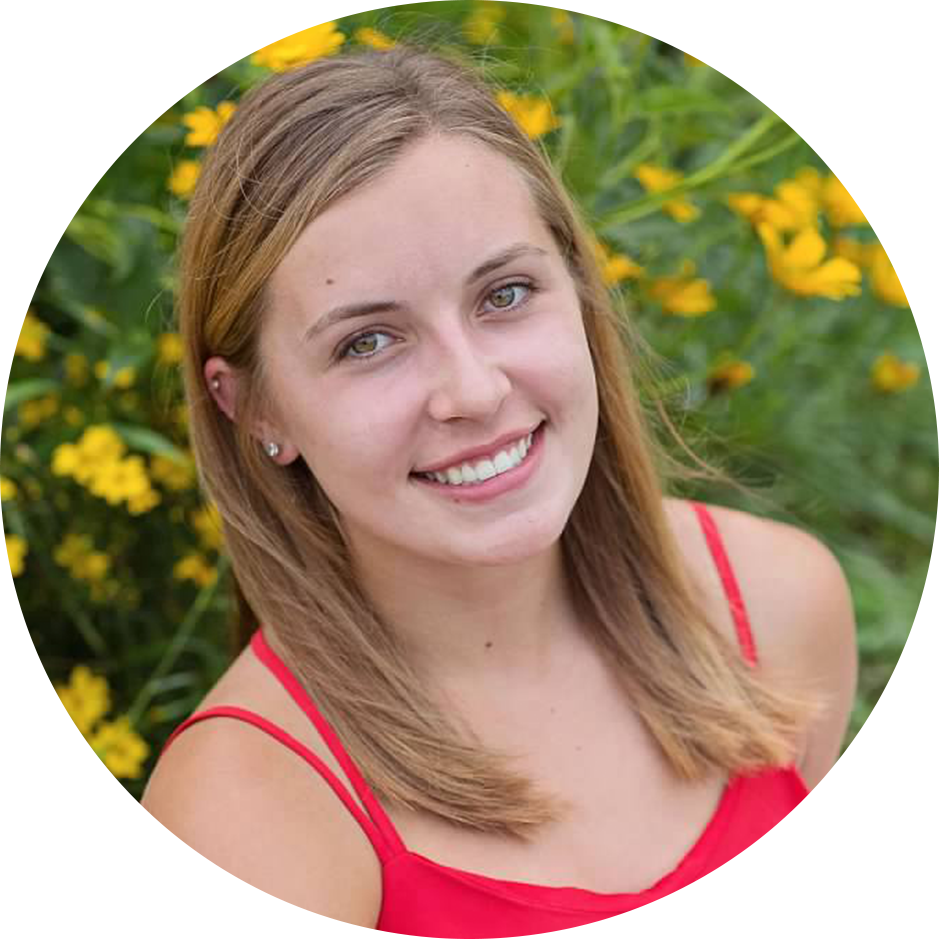 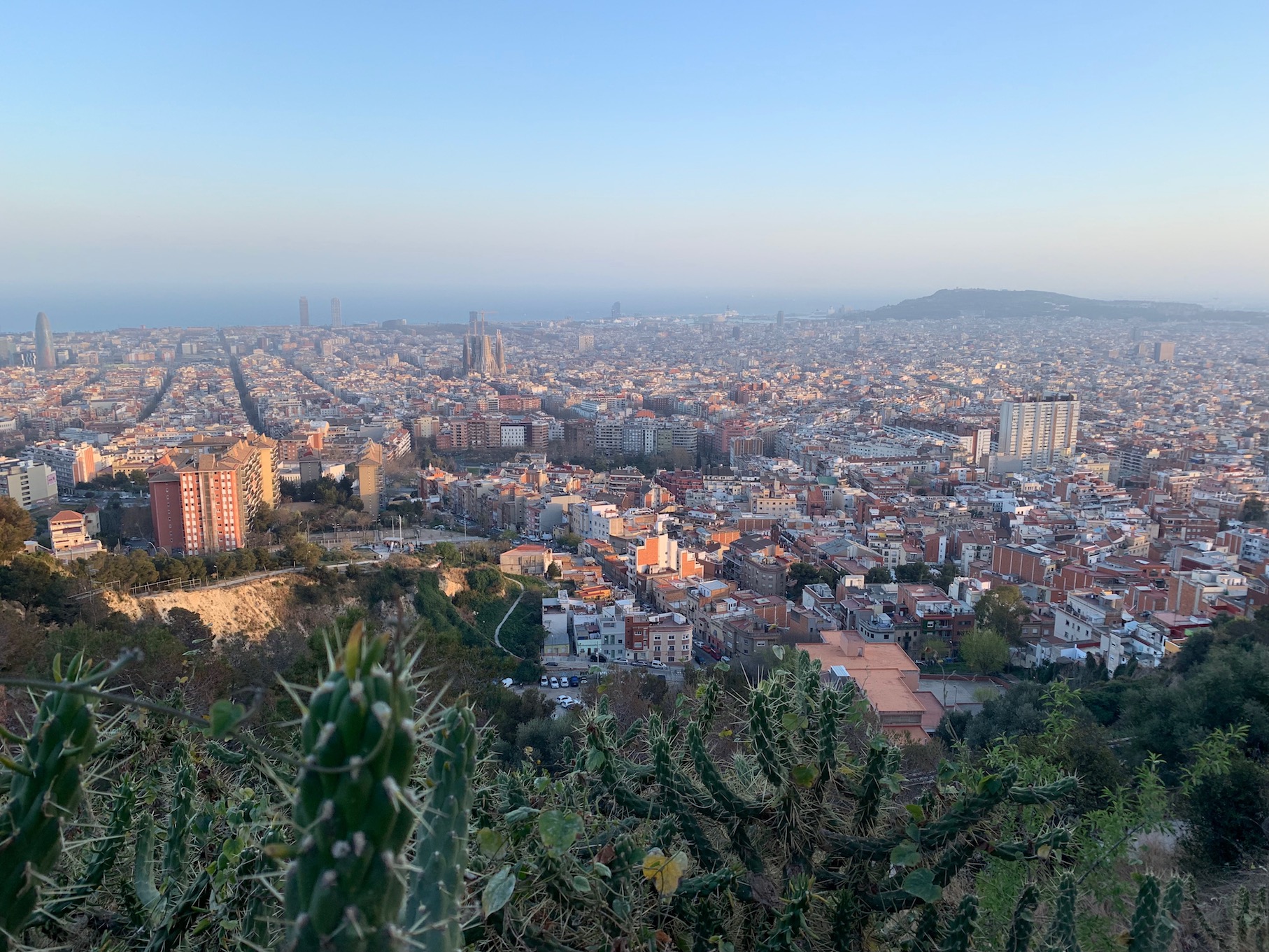 The Carmel Bunkers provide an awesome 360 view of Barcelona, especially at sunset. 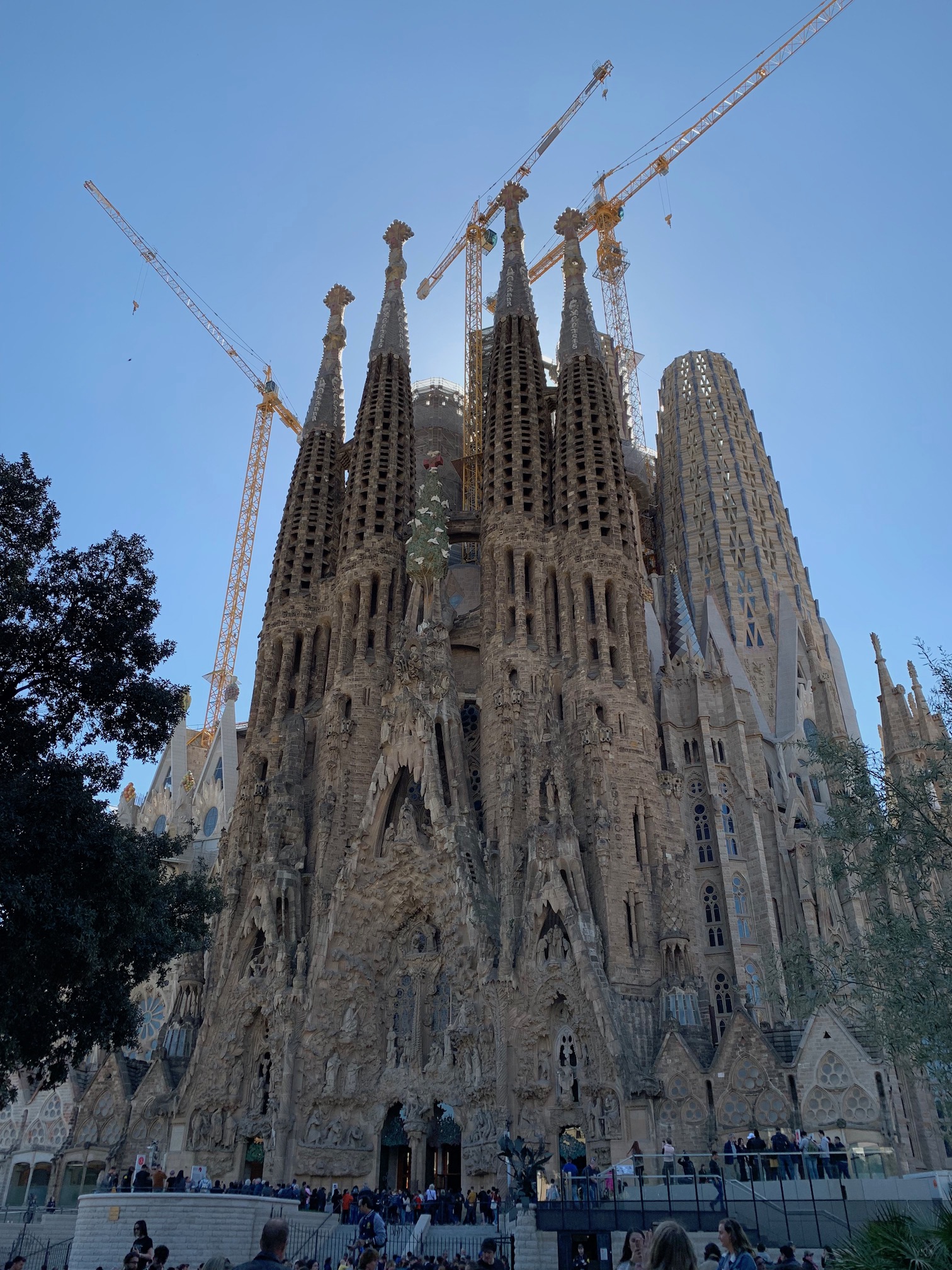 La Sagrada Familia - the inside is even more beautiful! 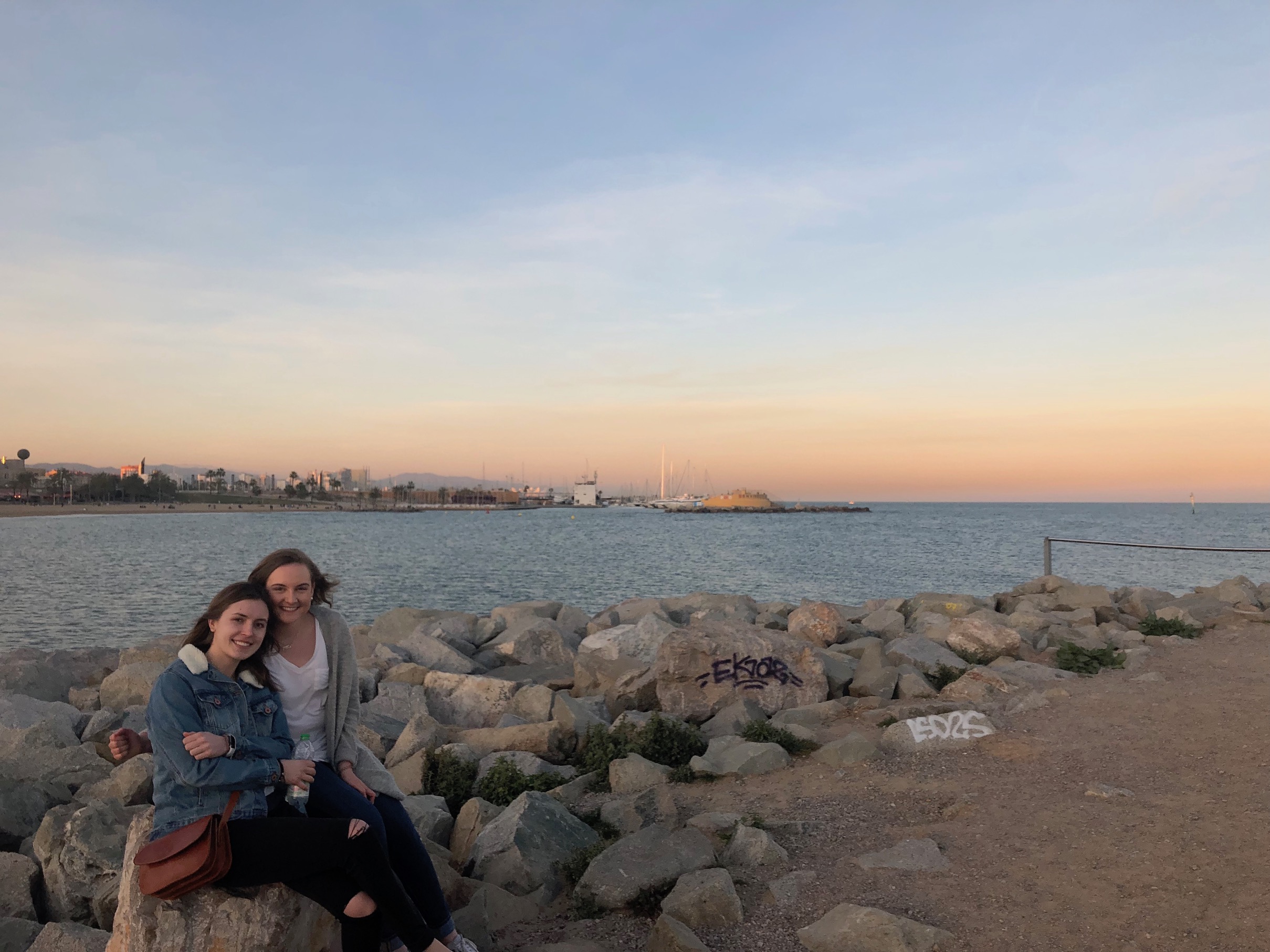 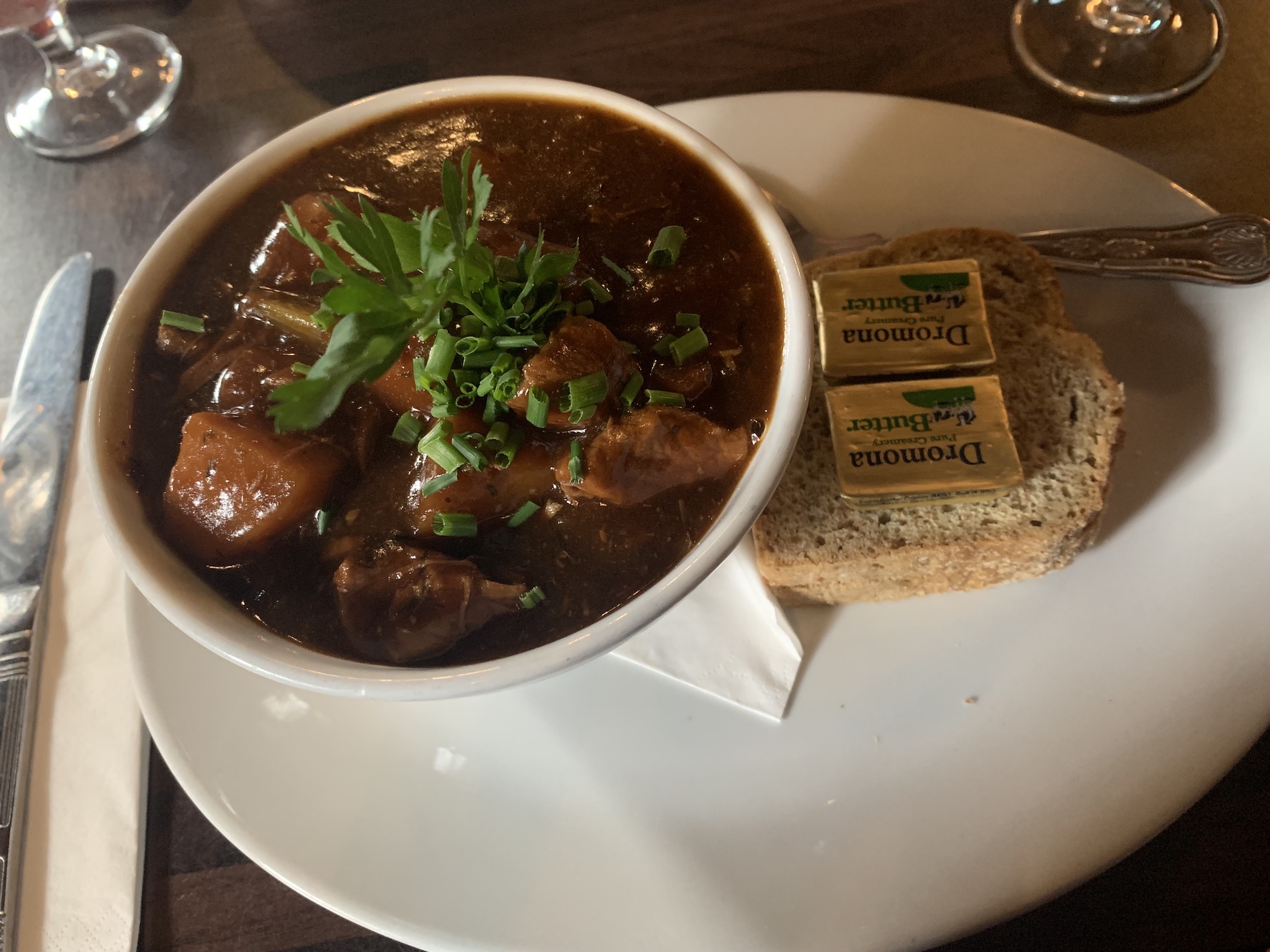 Guinness stew - a must in Ireland! 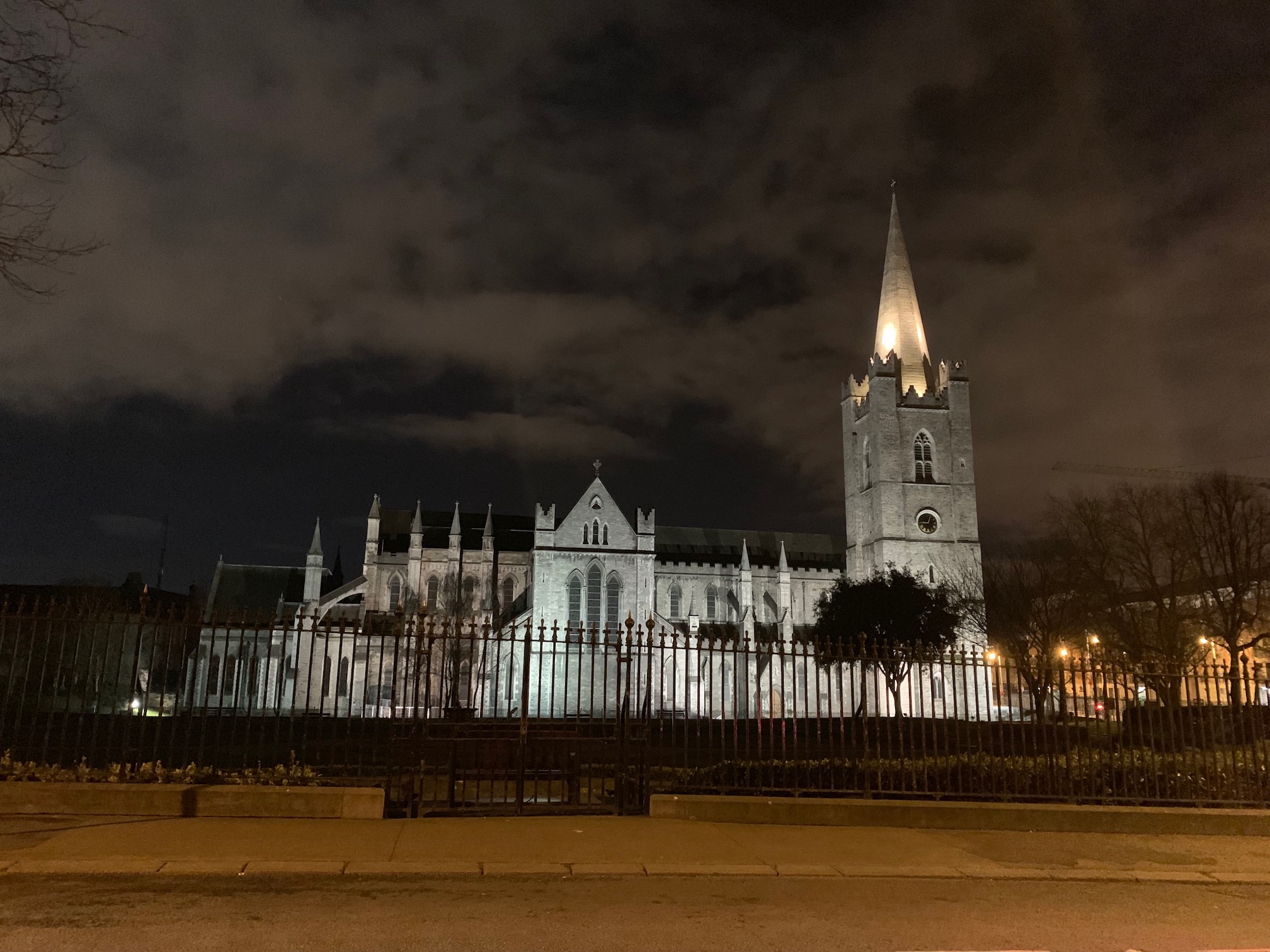 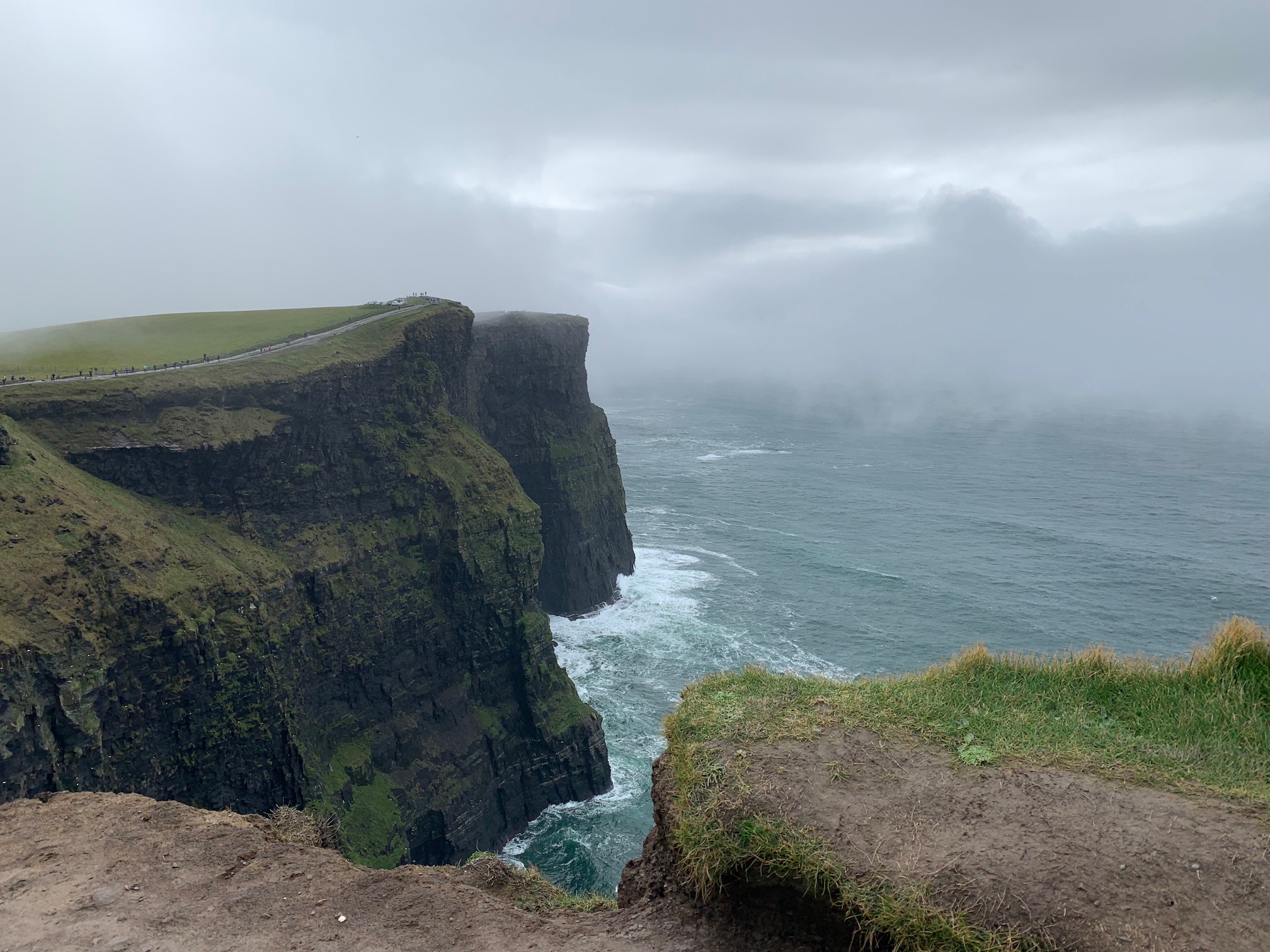 The Cliffs of Moher! 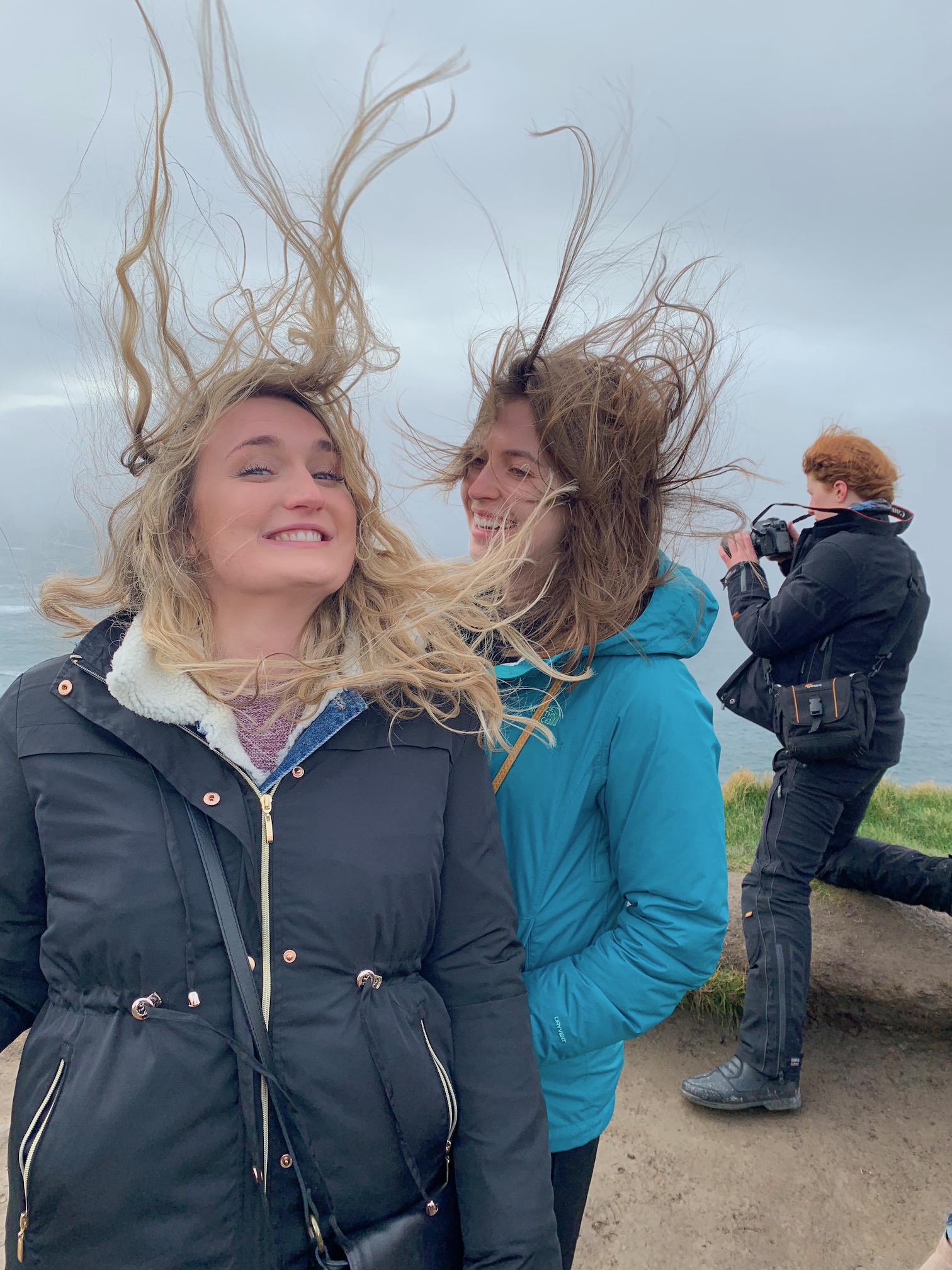 This about sums up our picture taking at the Cliffs 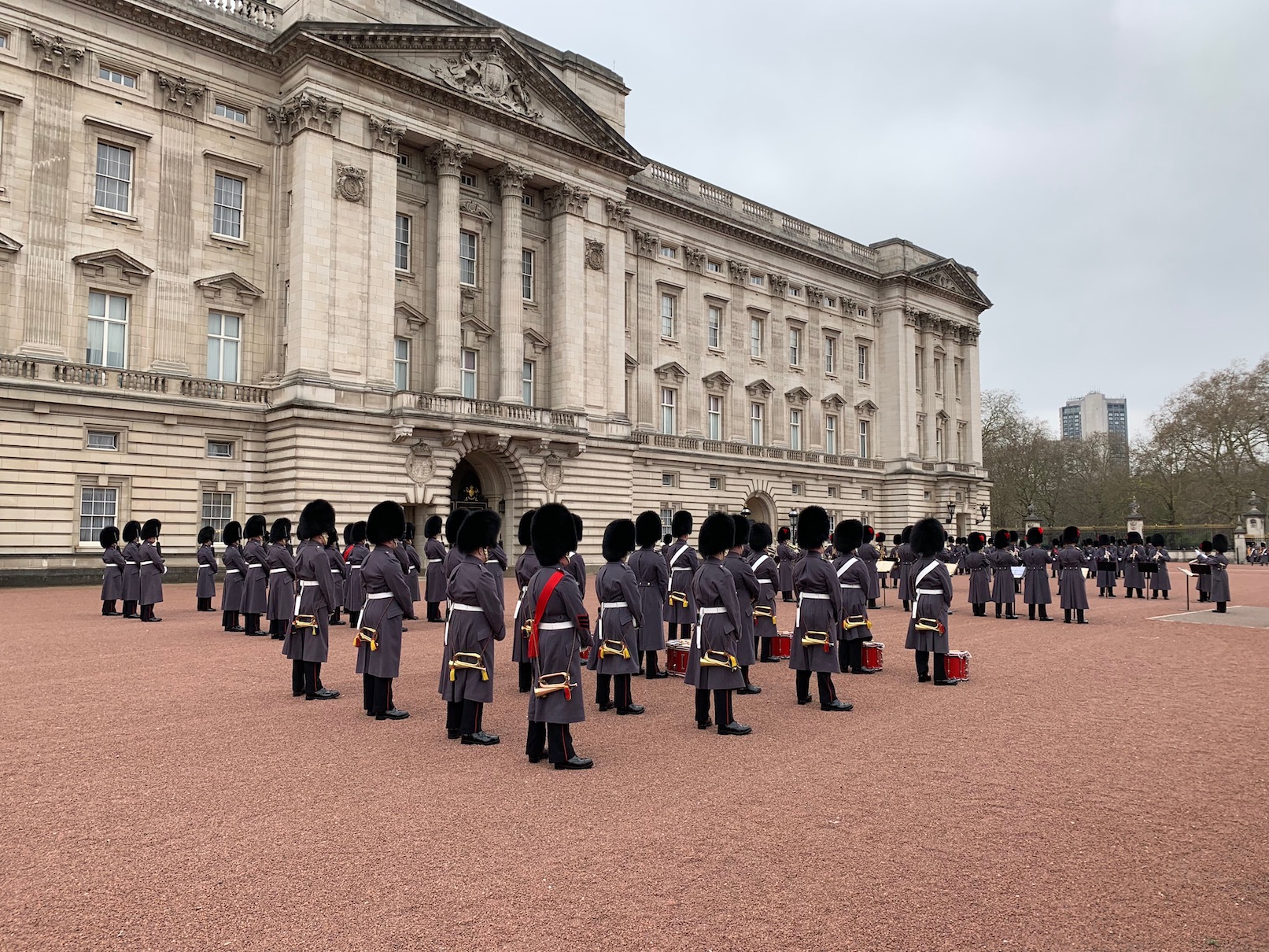 Changing of the Guards at Buckingham Palace! 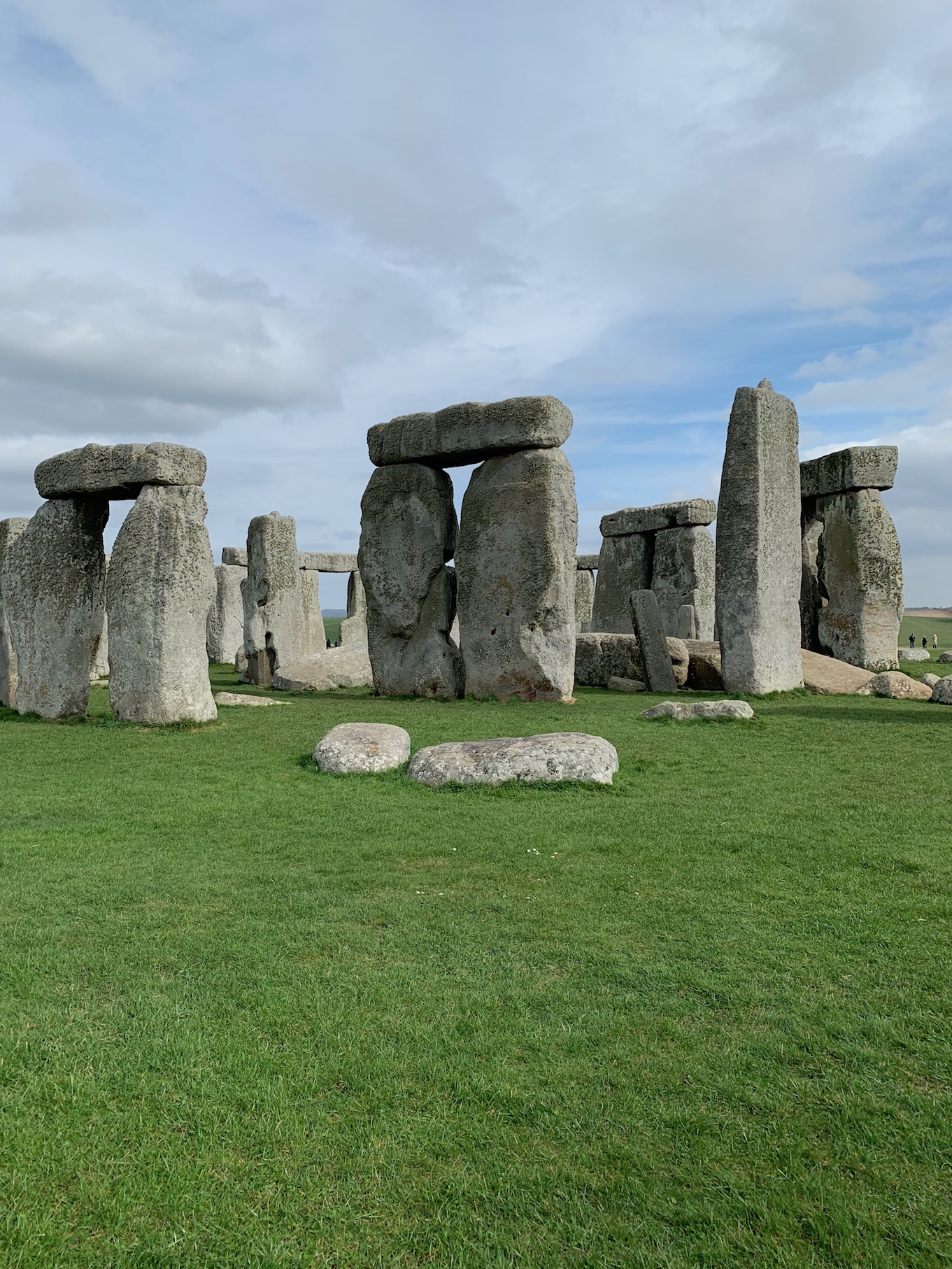 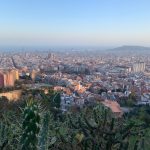 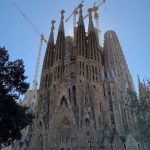 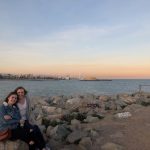 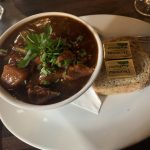 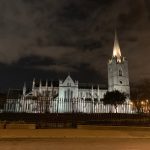 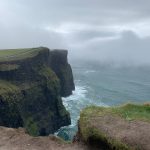 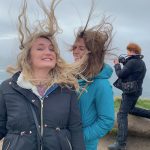 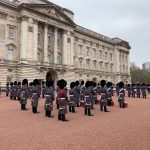 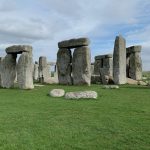 After weeks of planning, CIMBA students finally got to enjoy their spring break.  My classmates and I ventured off to places like Spain, Ireland, Austria, Germany, Greece, Switzerland and the UK to name a few!  While the week was full of memories and friends, I was excited to get back to Italy.  I’ve really grown to love this country and can’t believe we only have a few weeks left!

My travel week started in Barcelona where three friends and I visited La Sagrada Familia, walked along the beach, explored the city’s huge market, and enjoyed lots of traditional food.  One of my favorite things about Barcelona was the variety of architecture and experiences offered throughout the different neighborhoods.  Each area had its own special identity and something it was known for.  It was also nice to relax on the beach and not really have an agenda.  Most of the time when we’re traveling on the weekends, our time is limited so we schedule everything out.  With this part of our trip, we were able to sleep in and go with the flow.  This allowed us to be nice and rested for the remainder of our busy week!

After Barcelona, we flew to Dublin.  Many students spent the first few days in Dublin to celebrate St. Patrick’s Day.  We were a little late to the party, but some of the city was still decorated!  After a fast and furious day in Dublin, we took a bus across the country to Galway.  Through our hostel, we were able to take a day tour to the Cliffs of Moher.  The weather wasn’t ideal, but I was still able to check off a bucket list item.  Two days in Ireland was definitely not enough, but unfortunately that’s how our flight pattern worked out.  I guess that just means I’ll have to go back someday!

After a short stop in Ireland, we concluded our week in London.  We spent a lot of time commuting between attractions, as the city is pretty spread out.  But nonetheless, we were able to check off many sightseeing places including Changing of the Guards at Buckingham Palace, Kensington Palace, Westminster Abbey and Abbey Road!  We also grabbed some local food at Camden Market – a must see if you even get to London.  On our last day, I was able to connect with my aunt and uncle who happened to be in London, as well!  While my friends explored more of the city with the help of a hop-on-hop-off bus, I took a day trip to Windsor Castle (when the Queen lives), Stonehenge, Bath and a 14th century pub in Lacock.  It was so nice to spend time with family and see some familiar faces!

9 days, 4 flights and 1 backpack made for an eventful but exhausting week.  It’s hard to believe that our travel week has already come and gone.  Which only means one thing – the rest of our time at CIMBA is going to fly by!  While I’m excited to see family and friends back home, I know that leaving Italy will be bittersweet.  But before I go, there’s still two more weekends of travel left, a handful of classes and finals.  I can’t wait to see what the last chapter of this journey brings!