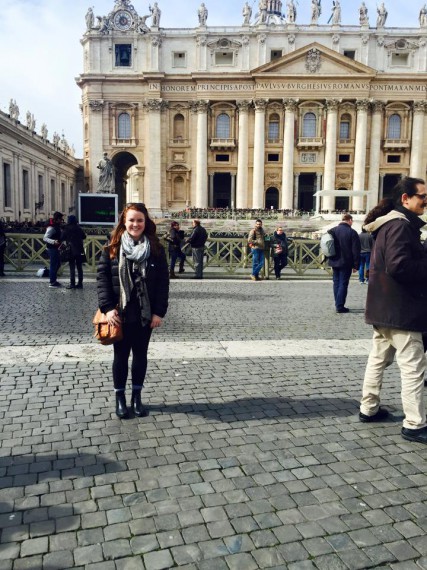 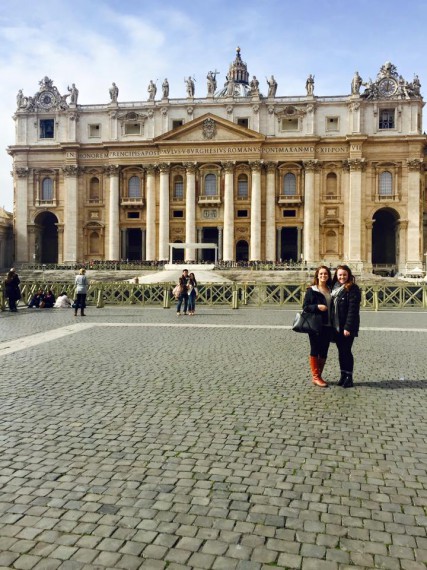 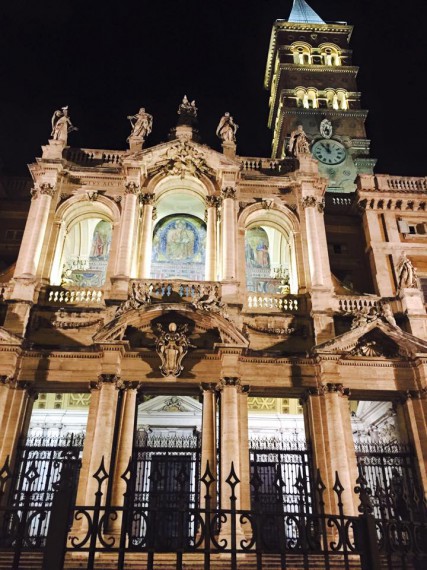 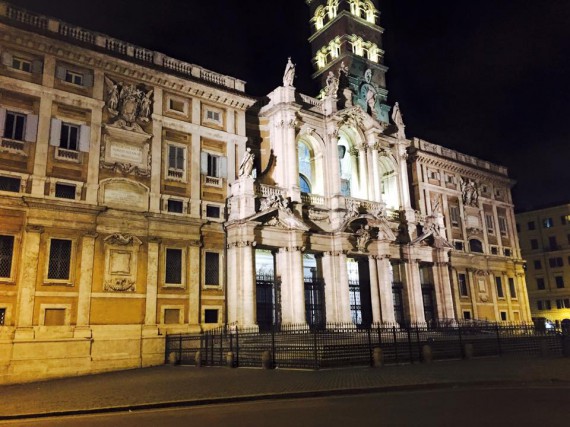 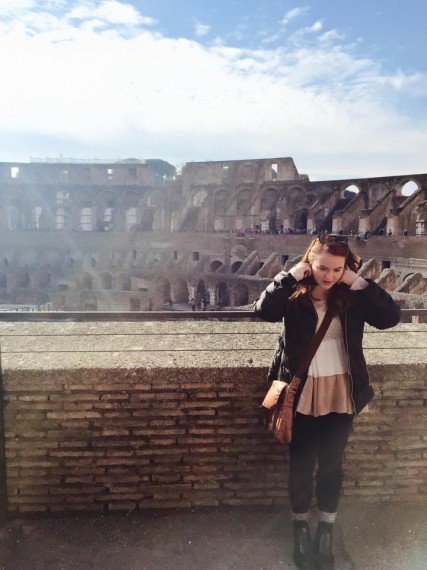 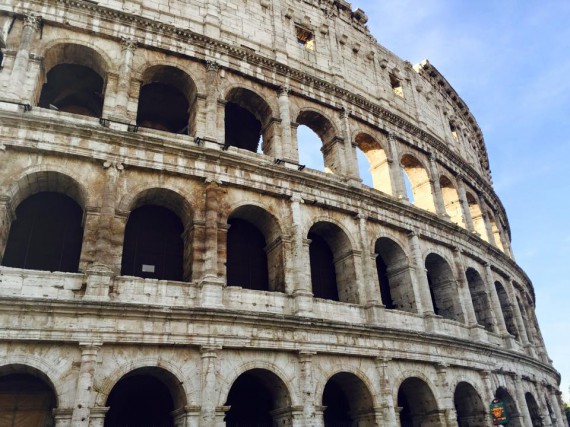 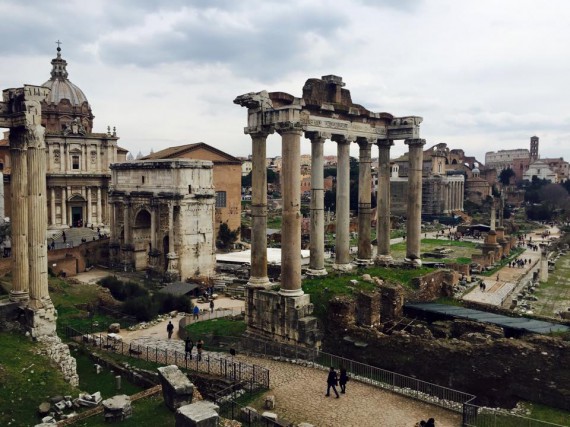 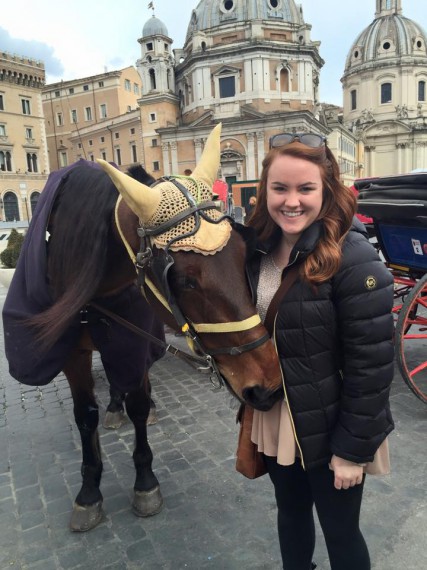 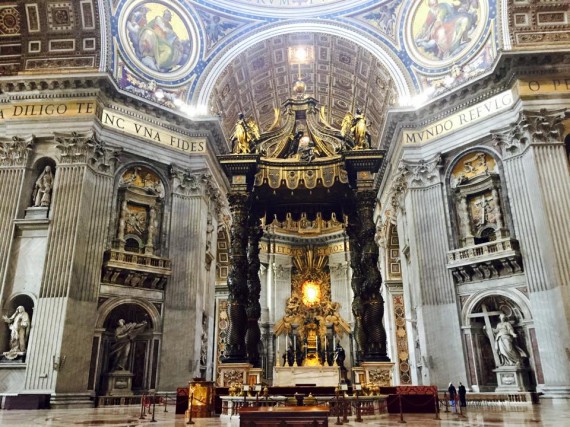 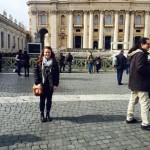 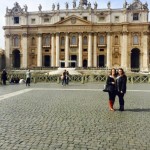 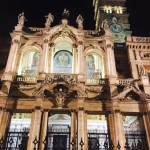 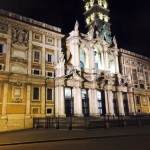 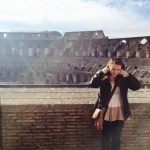 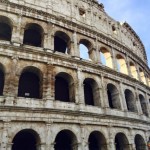 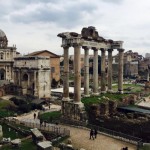 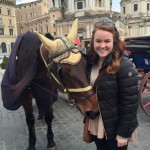 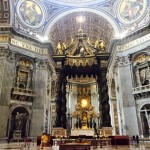 I spent this past weekend in Rome with 14 other people. It was a great group and a GREAT weekend. Rome is my favorite city thus far! We flew in late on Friday and wanted to explore a little. We walked around Rome Friday night and made it to the Colosseum. If you ever go to Rome, you HAVE to see The Colosseum at night. Of course, see it during the day too- but boy, was it beautiful at night!

Of course we wanted to see the Colosseum during the day, so we returned the next morning. We bought a “Roma Pass” which got us into several sights for free and enabled us to use the metro and buses. After the Colosseum, we walked around the city center and made our way to the ancient Roman Ruins. These were BEAUTIFUL! We were able to walk down into the ruins, which was incredible.

Saturday night we went to a nice dinner and walked around the city center. We met students from all around the U.S. That is one thing I love about traveling all around Europe. You meet people from everywhere and get to make friends in so many places. Just this weekend I met people from Ireland, Australia, and London!

On Sunday, we went to the Vatican. We got up early, but since it was free to visit this past Sunday it was still incredibly crowded! The line was insane. We paid for a guided tour and were able to get right in.

The tour actually ended up being helpful, because I wouldn’t have learned nearly as much without the tour guide’s knowledge. We toured the Vatican gardens, which can only be described as peaceful. We saw the Sistine Chapel, which was just as beautiful as the hallways filled with art leading up to the chapel. I have no pictures of the Chapel though, since there is no photography allowed. We walked through St. Peter’s Basilica, which was arguably my favorite building in the Vatican. Words can’t even describe the beauty that is St. Peter’s Basilica or the feeling that comes from being inside.

Then came the most exciting part- we saw The Pope! Every Sunday morning, he gives a blessing from the balcony of his apartment. We gathered in St.  Peter’s Square with thousands of others and listened to his blessing. Though this was done in Italian, it was an unforgettable experience. Since I am Catholic, this experience was especially moving for me. I have learned about the Pope and Vatican City for years in Catholic school. Never did I think I would be in the presence of the Pope for one of his blessings!

We got in late Sunday and had an adventure getting back to Paderno. Our prearranged taxi cancelled on us last-minute, so we were forced to take a series of busses and cabs back to campus. Though this was frustrating at the time, this is really the essence of one the main lessons I have learned about traveling. Things do not always go according to plan, but that does not necessarily mean they are going wrong. Some of the best memories are made when you take a wrong turn, hop on a wrong train or order a wrong dish at dinner. That is how you expand your horizons and learn about yourself. We got back around midnight and went straight to sleep- we were exhausted!

This week I have midterms and several projects. Today we had a workshop comparing trends around the world. It didn’t surprise me to learn that Italy ranks among the highest in wine and pasta consumption. Wednesday we have an expatriate panel, meaning CIMBA brings in people who have lived and worked abroad to speak. This will be particularly interesting to me since I would love to consider working abroad one day. Though we are busy, CIMBA really does a great job of packing our schedules with convocations and workshops that will benefit our professional future. There are time management workshops, suit shopping (for the men), “add a seat” at dinner with Italian families, volunteering, etc. The options are honestly endless here.

This weekend will be more relaxing- which is much needed! On Saturday, I’m taking a day trip to Verona to see the Romeo and Juliet Castle. Of course I’m going to write a letter to Juliet! Then on Sunday, I’m paragliding down Mount Grappa. I’m super excited for this as I’ve never done anything like it before. Paragliding is a lot less intimidating than skydiving, so I decided this would be a good first experience. Mount Grappa is actually famous for its paragliding- people come around all of Europe to paraglide here. How lucky am I that it’s in my backyard!