Tabacchi sandwiches and mountains. What more do you need?

The view from the trail

Hanging out 5,800 feet above sea level

On top of the world 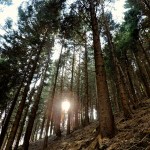 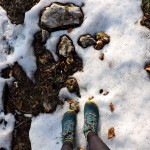 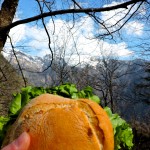 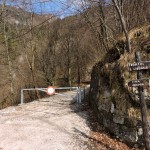 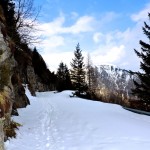 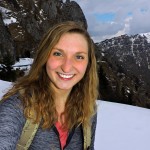 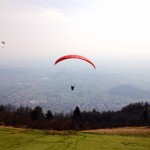 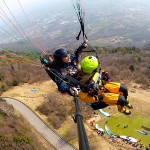 “The trail is the thing, not the end of the trail. Travel too fast and you miss all that you are traveling for.” —Louis L’Amour

These wise words were engrained in my mind as I persevered to the peak of Mount Grappa. Early Saturday morning, my global economics professor kindly offered to drive me to the base of Mount Grappa. I spent the day doing what I love most: hiking.

As I took on the challenge of climbing the mountain solo, I was hoping for the best, but prepared for the worst. I loaded up my pack with first aid, various layers of clothing, snacks and plenty of water. One of the perks of climbing alone was the autonomy to move at my own pace. In other words, I could stop unapologetically to snap as many photos as my heart desired!

With the sun shining, blue sky, and a subtle breeze, the day seemed to be going perfectly. I followed the few signs that were posted under the assumption I was headed the right way. After spotting some sporadic remnants of snow along the trail, the anticipation of what was ahead began to build.

About two hours into the journey, things got interesting. Before I knew it, my feet were completely buried in snow. I had taken a wrong turn and was quickly climbing straight up the face of the mountain. There I was, on a physical challenge so demanding that I couldn’t possibly have planned for. I was expecting more of a hike than climb. I spotted two Italians using trekking poles and immediately realized I was not adequately suited for this route. After a brief moment of panic, I swiftly digressed and began pursuing alternative trails. As the lunch hour neared, I found a place to rest and fuel up for the journey ahead.

With a satisfied stomach, I was determined to find the right route that would lead me to the summit. After testing out three other extremely strenuous trails, I finally spotted the sign I had been looking for, Cima Grappa. I heard distant voices coming from the trail and trusted my intuition to continue onward.

Along the way, I encountered many locals who were able to provide me with estimates of the remaining distance. There were adventurers of all types, from mountain bikers and runners to snowshoers and trekkers. As the snow grew deeper and the climb seemed to become steeper, I looked back at how far I had come. There was no turning back now!

While the climb put my physical stamina to the test, it proved to be a mental challenge over anything else. There seems to be a point on every difficult hike where fatigue sets in. The hardest part was not having anyone to motivate me except for myself. Much like life, we can either give up or push through the pain.

By choosing the latter, I eventually reached the peak and was able to bask in the backcountry beauty. The view on top was unlike anything I had ever experienced. The amazing surrounding sights of the Veneto to the south and the Dolomites to the north, combined with the overwhelming sense of accomplishment, made the treacherous climb worth it.

Besides an incredibly sore body, I took away that I can accomplish a lot more than I tend to think. I was faced with two choices, to either reach the top or to turn around. The difference lay solely in persevering and continuing to put one foot in front of the other. After having time to recover, I look back almost in awe. One day, two legs, eight hours, and 18 miles. Without a doubt, it was a journey that I will never forget!

There was no time to relax Sunday morning as I was set to go paragliding! It turned out to be an excellent way to rest my tired legs. Paragliding has been on my bucket list since I first decided to study abroad. I bottled up the courage and decided to face my fear of heights head-on.

Once the gear was secure, weighing me down like sandbags, the endless standing around felt unbearable. I found myself physically trembling in fear as I gazed at my legs shaking beneath me. “When I say run, run, run… you run, run, run!” The pilot’s instructions seemed almost too simple, but I decided to run with it! Literally. I started running as fast as I could, really quite slowly, straight down the slope of the mountain.

Before I could let out a wailing scream, the chute lifted us off the ground and I was soaring like a bird. My heart was still beating fast, not because I was afraid as much as because it was so incredible. The mountains stretched out below and as we sank lower I could see the homes and landmarks of Crespano del Grappa in greater detail. After gliding around for a while and appreciating the beauty, the instructor let me take control and steer the wing for part of the flight. The sensation of flying through the air and over the peaks of mountains was truly indescribable.

All in all, it was a fantastic weekend. I got to paraglide over the Venetian Pre-alps and successfully climbed my first mountain. This Friday marks the start of the travel week. I’ll be going on a tour of Eastern Europe with stops in Budapest, Vienna, Prague and Munich over the course of nine days. Looking forward to sharing these new experiences when I return!