So this week I got to do something really neat, which was to go eat with an Italian family. I’m not going to lie, I was a little nervous but I had another CIMBA student Tanner by my side. We were assigned to go with this kid named Mattia and all we were told was to meet by the front gate with a small gift. I bought an assortment of pastries from the cafe. I couldn’t tell you what the flavors were but they all looked delicious!

We walked up to the front gate and met Mattia. He is a seventeen year old boy that lives in a village right outside Bassano. We introduced ourselves and he brought us to his family car where we met his mother, an English teacher at the institute, and his younger brother. Then, we hopped in their car and were on our way!

Now, some people who also took part in this activity went to homes of their Italian hosts. However, our family said that there house was too small for us to see, which I thought was interesting. I would have loved to see their home, but the restaurant we went to was still nice and somewhere different. When we arrived, we met up with two of Mattia’s friends, two eighteen year old girls who attend school in Bassano, and a man I can best describe as their local youth pastor. We all sat down at the table, but then the mother and brother just left. I was kind of sad that I didn’t get to talk to them as much, but I definitely still got the feel of a real Italian dinner with the three teenagers. 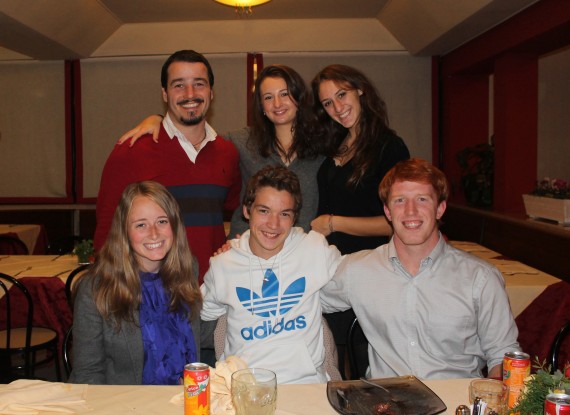 I absolutely loved the girls! We have planned some shopping trips for our future. They are both language majors in school, so their impressive English made it much easier to communicate. Thank goodness! The conversation went pretty smoothly and focused on just the most random assortment of topics. We discussed American music, television, and films. It was interesting to see what sort of things make it over to Italy, like they both had seen “Jersey Shore” and “Say Yes to the Dress.” Oh and fun fact: much like myself they think that Channing Tatum is really attractive. Haha. (They had asked me if I had ever seen “Step Up” or “Magic Mike”) I’m pretty sure all the boys were shaking their heads during this conversation. Haha. It was just fun to see what Italians thought of American culture, like they asked if we actually had a prom or lockers like they had seen in various American television series. 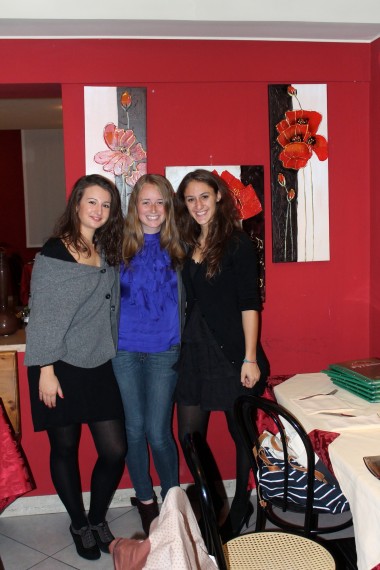 Me and the Girls

Not only did they get to learn about us, but I got to learn so much about them. I really feel like I was finally truly immersed myself in the Italian culture. I learned about how their schooling works and what they like to do for free time. Turns out that this town has festivals all the time for different events that I had no idea about, like next week there is a Chestnut Festival celebrating the in-season nut. One of these days I am going attend one of these festivals. We also talked about places that they wanted to travel. Japan and China were both big ones. In the United States, they all wanted to see New York and Las Vegas. Interesting choices. Haha.

It was definitely one of my favorite meals that I have had so far. I mean the food was good, but that didn’t make the meal. It was absolutely the people I was surrounded by. I would go again in a heart beat, so my lesson for this week is that if you have the opportunity to do something like this anyway in the world, do it! Do not let the fear of potential awkwardness hold you back.

Tags: add a seat to the table, authentic italy, italy