Diana, my friend who convinced me to study abroad, and I representing our favorite hockey team. 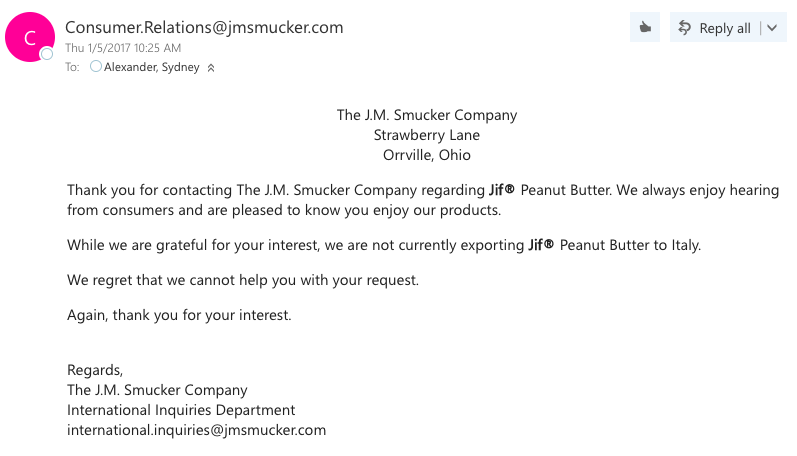 The email that Jif sent me following my meltdown...I really wasn't kidding. 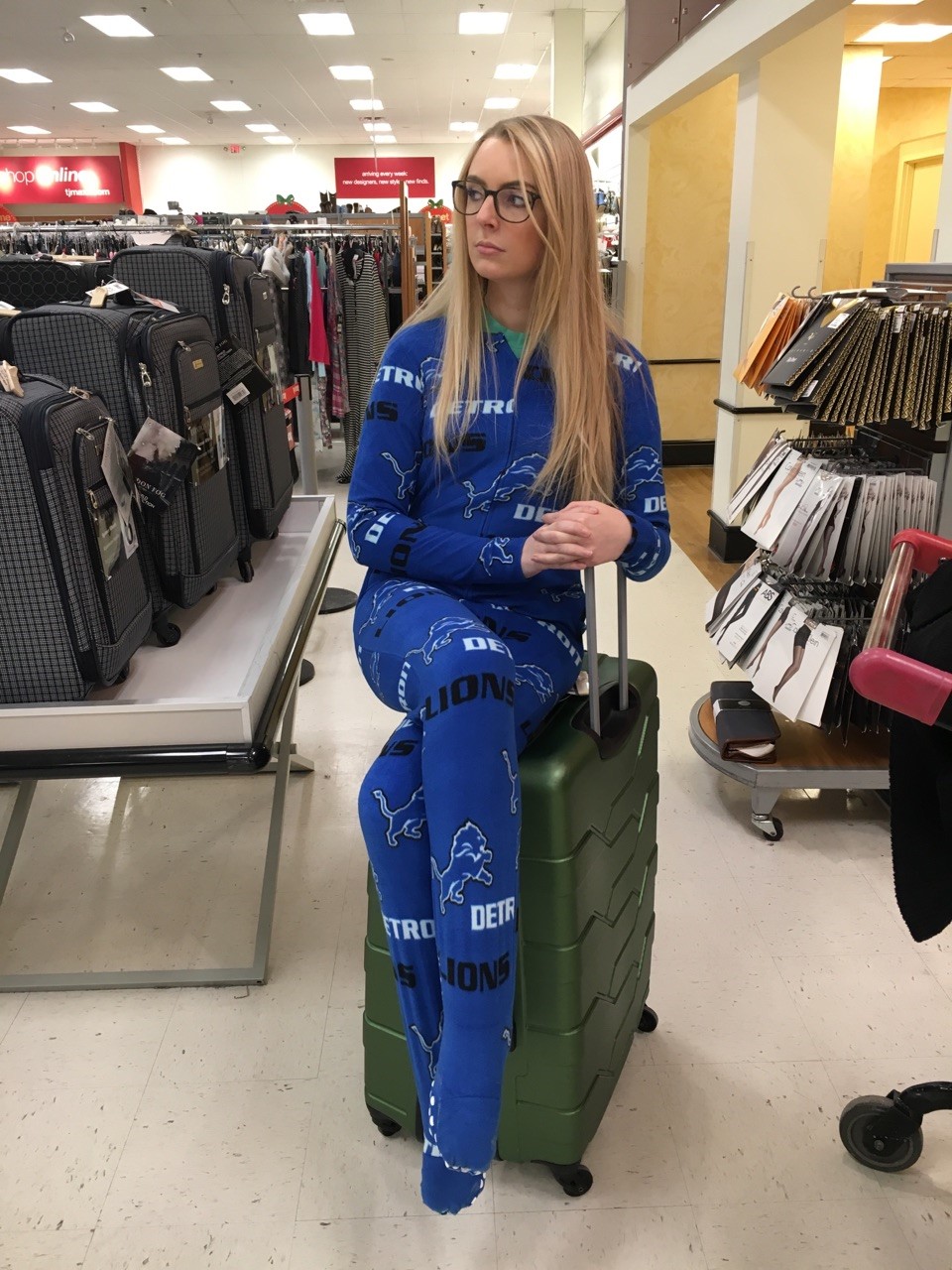 When mom is nice enough to buy you Detroit Lions pajamas and a new suitcase for your trip, you model it in the store if she asks you to. 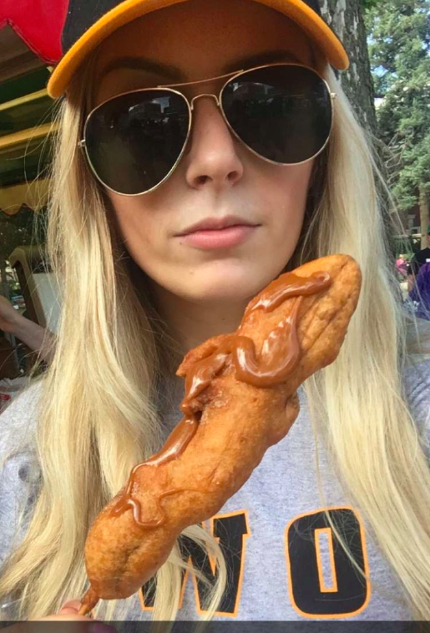 The ultimate 'food on the go': "Apple Pie on a Stick" courtesy of the Iowa State Fair 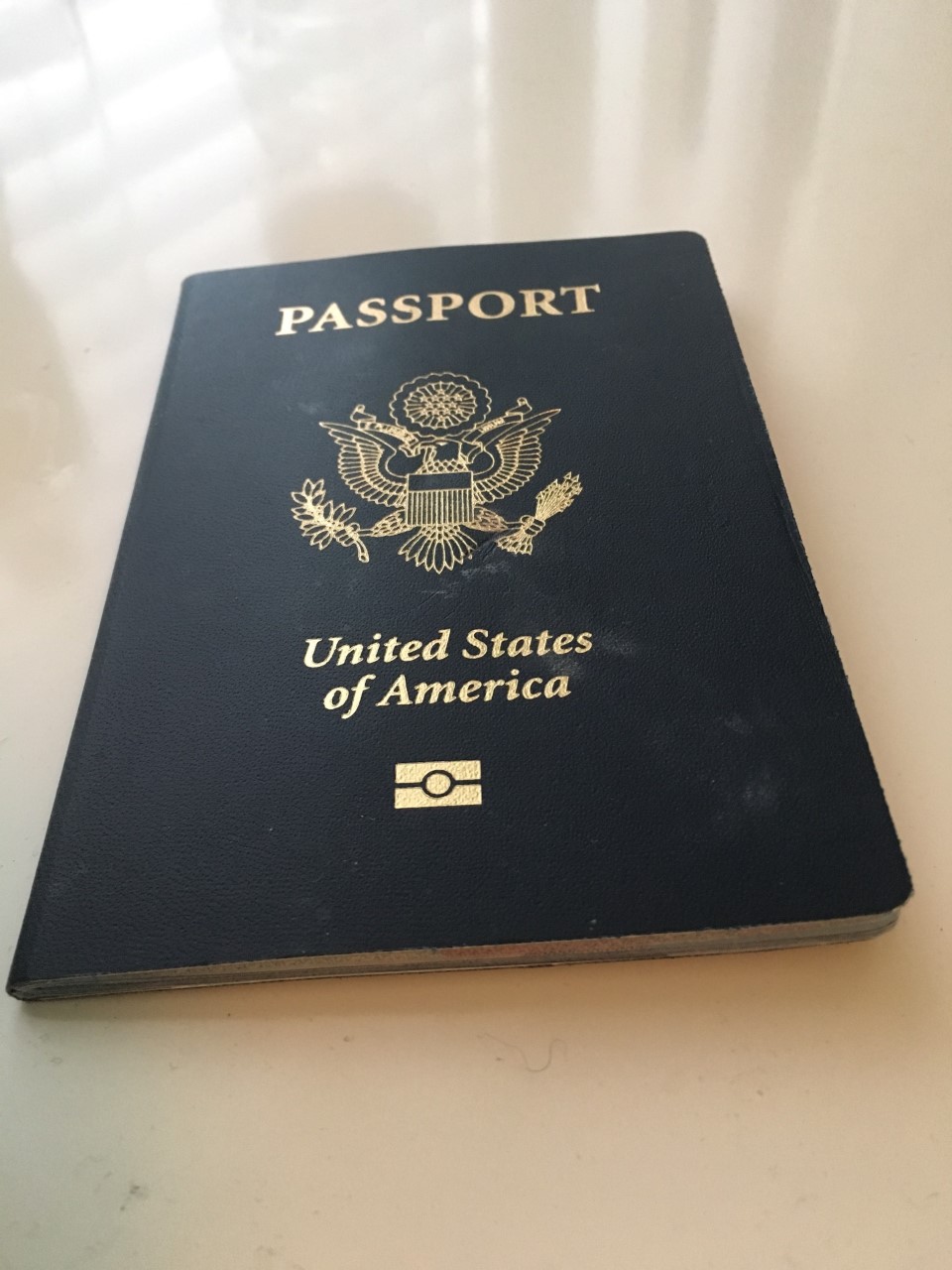 I can't wait to get my first passport stamp!!! 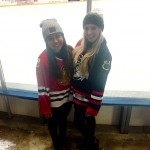 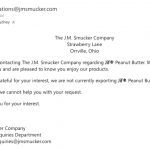 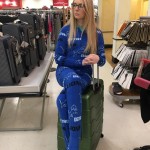 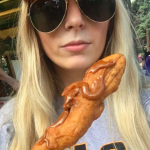 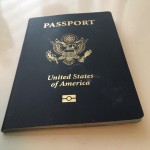 I’d be lying if I said I haven’t had a countdown till my departure to Italy going since July. For months I’ve been looking forward to new places, people, food, and adventure. But now that the time has almost come, it’s only appropriate that I stop and smell the roses; even if that means admitting I’ll miss a few things in the states during my semester abroad…

I have to start off with a cliche in this post. After all, without my family and friends, I wouldn’t be ready to take on the greatest adventure I have ever embarked on; and I don’t just mean that because grandma got me a super awesome travel backpack for Christmas (but seriously, check out the Osprey Ozone 46L Travel Pack).

I am so grateful for the people that have supported me through this process, including professors, my wonderful friends, and especially my mom (HI MOM!).

As a self aware control freak, I never thought I would study abroad. It wasn’t until a good friend said to me one day, “When in your life will you ever have the opportunity to do something like CIMBA?”. And she was totally right! So while I’m already missing my friends and family (and my puppy, of course), I promise I will make you proud and I won’t forget to Skype you.

How lucky am I to have so many people in my life that make goodbyes so hard?!

Not to sound dramatic (I am a theatre major so don’t expect much), I was borderline devastated when I read an article about foods Americans miss the most while in Italy. The article stated that Italy is the second most difficult place in the world to find peanut butter, leaving my taste buds weeping and my heart broken.

Following this upset, I even wrote a letter to Jif Peanut Butter. They wrote back, but not with good news.

I know Italians know a thing or two about food, but no PB to their J?! That’s just…well…NUTS.

While many of my favorite things weren’t able to make the 50-pound suitcase cut, you can bet your bottom euro that I’ll be arriving in Paderno del Grappa with a three pound jar of my favorite savory snack.

Throughout the pre-departure process, I was advised that while abroad, it would be in my best interest to dress similar to locals. This was fairly easy during the packing process until I remembered this meant leaving behind my vast collection of Blackhawks jerseys and Hawkeye gear.

Not only are these American teams, but American football and hockey aren’t exactly fan favorites in Europe. However, since studying abroad requires an open mind, maybe I’ll somehow come back a huge soccer fan.

Word on the street is that CIMBA has an area for students that streams American sports and television. How ironic is it that it will probably be easier to find a Blackhawks game in Italy than in my hometown and the Blackhawks biggest rival city of Detroit?

Any day of the week at my home university, I can be seen waiting for the bus eating a protein bar, chomping on a chicken sandwich between business classes, or running off to rehearsal with a large portion of some much-needed caffeine. I’ve come to terms with the fact that this is an American habit and would be a very foreign concept to Italians. Maybe this is because pasta would look pretty silly being eaten while walking down the street.

It would be an understatement to say I am ecstatic for my future gourmet experiences. And I’ll be the first to admit that I could use a twelve week break from drive thrus and to-go orders.

So, I’m not exactly sure if I’ll miss my “meals on the run” lifestyle. But a college student relaxing and eating at the same time?! I’ll believe it when I see it.

My whole life, I have identified greatly with my Italian heritage. To this day, I am still so intrigued with my family’s Italian roots and insist I have tomato sauce running through my veins.

I realize that being an American in Italy doesn’t make me any less Italian, and will only heighten my knowledge and passion for the culture. However, it is a strange concept to wrap my head around that while in the states I’m seen as Italian; in Italy, I’ll be seen as an American.

I feel that it’s important to note that I am just as equally proud to be an American in Italy, as I am to be of Italian descent in the states. However, unlike my ethnicity, I’ve never had to go out of my way to show my pride for the good ole U. S. of A., because it’s always surrounded me, and has been an integral part of my schooling and immediate culture.

So while I promise you won’t hear about me chanting “USA!” from a gondola in nearby Venice, you can count on the fact that I’ll remember what my roots have to offer me, and also the world around me.

Even when fully immersed in another culture, my ancestors were very proud of where they came from, and now that pride will continue on with me.

So here is to the next twelve weeks of adventure! This friend-and-family longing, peanut butter loving, hockey watching, speed eating, Italian-American Hawkeye will see you on the flip side.

Paderno, I’m coming for you!