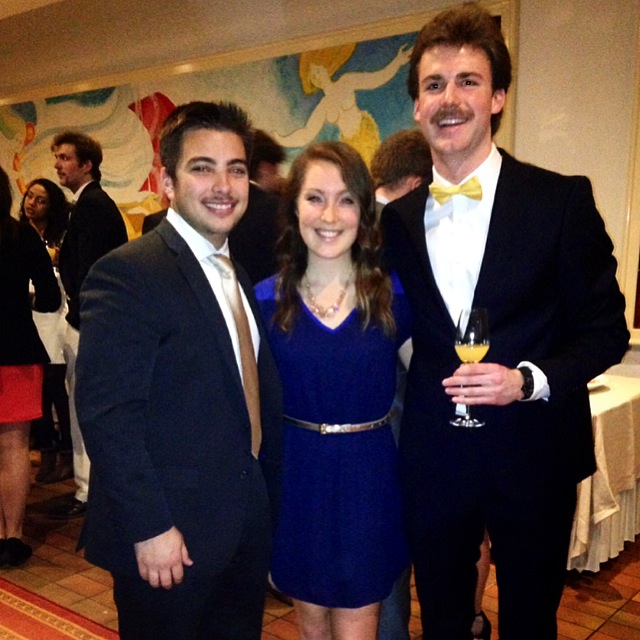 Palermo during our week travel break with Austin, Bridgette, and Patrick.

On the coast of Croatia!

Pizza making with a professor. 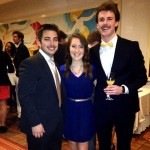 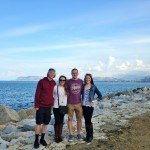 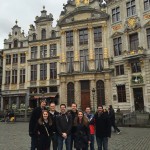 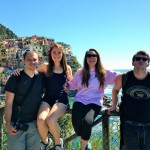 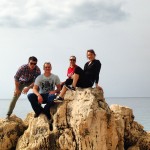 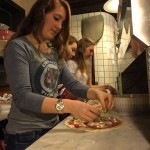 Here I am, ten weeks into the semester of a lifetime. Ten long, action packed weeks. It’s crazy to think that am only three weeks away from heading back to the states, and I can already tell my departure from CIMBA is going to be extremely bittersweet to say the least. I will be thrilled to see my family and friends back home, but saying arrividerci to Italy and the rest of Europe along with all of the amazing friends I have met here will be extremely difficult. Luckily for me though, many of my fellow Cimbian friends live close enough to visit with regularly in the States. A reunion back home is already in the works! In the past weeks I have not only had the opportunity to make some of the best friends, but also to learn some lessons about traveling Europe; a few of them learned the hard way. With the large amount of travel time that CIMBA provides us, by then end of the program I will have visited 9 European countries, in just 13 weeks! I have had the opportunity to explore tons of different little towns, each with their own unique atmosphere and culture. They range from small Italian towns to even smaller Greek villages to upbeat Belgian cities; each trip coming with a little lesson to be learned. Reflecting back on this last semester, here are a few of the major things that I have come to realize.

1. First and foremost, there is nothing to be afraid of. Coming to CIMBA was one of the scariest, craziest, most exhilarating things that I have ever done and I do not regret one bit of it. Like I said before, I have met some of the most amazing and unique people. I was certainly not expecting to become so close to some of the other students here and I can honestly say at this point, I could not imagine this experience without them! Also, being a bit nervous about traveling over here in Europe, I will also say that I was surprised at how comfortable I have become. Turns out, there really isn’t much to be scared of, everything will work itself out one way or another.

2. The train system is actually rather easy to pick up on! That doesn’t come without missing a train or two though. For me, this was my first weekend away from campus on our way to Arezzo down in Tuscany. Back before I became a train pro, we took the bus to Castelfranco to catch a train to Arezzo but unfortunately made the 45 euro mistake by misreading the platform number and missed our train. Like I said before though, everything works itself out and before we knew it we rerouted and were on our way! It is safe to say that is one lesson we learned the hard way, but definitely never made the mistake again.

3. Rules of the road seem to be more of a suggestion rather than the law over here, especially in Italy. Simply put, Italians are crazy drivers!

4. Traveling in large groups can be very difficult at times. It may sound like a great idea to travel with 101 of your friends, but trust me it seems as though the smaller, the better. I’m not saying it is impossible, but when everyone is hungry for something else at dinner or has different things they want to see travel gets to be more challenging. About mid-way through the semester we had gathered a pretty solid travel group of four and I must say, I have had some of the best weekends of my life with them!

5. Stay in Airbnb’s. They are apartments and sometimes rooms that are rented out privately by people and they are often much nice and cheaper than hostels. I have had great experiences with them, especially in Croatia. Often times the host will give you suggestions on things to do and places to eat and they often turnout to some of the best suggestions. When we were in Croatia our host was absolutely wonderful, he even made us warm Nutella croissants in the morning!

6. Greece and Italy have some of the nicest people in the world. This is just something you would have to experience for yourself, you will just have to trust my word on that one.

7. Make sure you provide yourself enough time between flights, especially when you check a bag. We ran into this issue during our long travel break. We had a short window of time to catch our connecting flight in Venice to Palermo after returning from Lisbon and one person in our group missed the flight. Patrick had checked a bag and had to race off the plane to recheck it on another airline in a matter of about 35 minutes. Little did we know that they stop checking bags about 40 minutes before the plane takes off, so very unfortunately he had to catch the next flight out in the morning to meet up with the rest of us. Another lesson learned the hard way.

8. Europe does not seem to believe in regular black coffee. But, this is something that I have learned to roll with. Cappuccinos, espresso, and macchiato have definitely begun to grow on me!

9. Europe also is terrible for WiFi. Again though, this is something that I have learned to deal with and actually like. It has been really neat to get to know all of the other students here without having phones in our faces all the time. It’s really cool to sit down at dinner and have a real conversation with someone, it has been kind of nice to “unplug” a bit for the semester.

10. Lastly, one of my favorite things that I have learned over the semester is to travel without a plan. Sometimes the best part of traveling is just wandering around the city to see what you can run into. I have discovered some of the most amazing things exploring cities this way. My favorite was in Greece when we stumbled upon a hidden rock that once you climbed to top had the most amazing view of Athens and the Acropolis at night. It was absolutely breathtaking! I have also learned to ask the local where the best places to eat are. We did this a lot in Palermo and I must say that I had some of the best food of my life there. The southern Italians really know their pizza!

I could go on and on about all of the wild experiences I have had this semester and divulge all of the things I have learned, but we would be here for days. I will have to save the rest for a rainy day. So far, studying abroad, especially with CIMBA, has been one of the best leaps I have ever taken. I am not ready to go home, but I am excited to see all of the people I have been missing. On the bright side I still have two weeks, one travel break and four more countries to see before then! This is the final count down.