Why You Should Learn Another Language 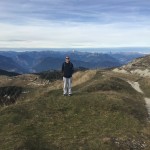 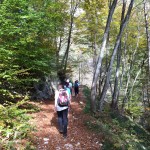 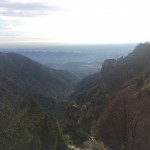 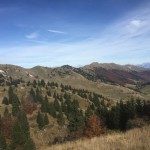 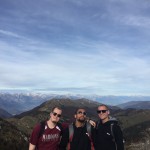 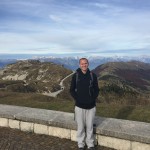 This post will be a little different than my previous works as it contains a subject that I am very passionate about: Learning another language. Unlike my previous posts, I won’t tie in my weekly update, but I will go ahead and start with that content.

I decided to take a weekend off of traveling and remain in Paderno. This weekend involved a good amount of traveling local cities and spending time with my new friends. On Saturday night, we decided to go a small cafe in a small local town of Crespano. There, we made friends with some local Italians, and they asked us to hang out with them for the remainder of the night. It was definitely an awesome experience to have local Italians show us a good time in their hometown.

Following the night with the local Italians, we went on a hike up Mount Grappa. The hike was difficult, but the views were completely worth it. If you are interested in seeing the views, check out the attached pictures of the hike.

With that, I now begin my article with the story about how I started to learn another language, and I will conclude with my reasons why I find learning a new language to be important, especially for those students studying abroad.

During my senior year of high school, I attempted to study for my AP Calculus exam while I sat in Señor Tiry’s third period Spanish class. Of course, Tiry caught me completing other work and told me to put it away. That’s when I decided to badmouth him in Spanish (I was kind of a smartass in high school).

For those who don’t want to launch Google Translate at that moment, I badmouthed Tiry that I have an exam today, and I need to study. Very simple Spanish, but the funny aspect was Tiry’s reaction. The Spanish teacher was completely thrown off guard to find out that someone actually payed attention and learned his subject.

Although a very small moment in my life, I realized that I could piece together what I had learned in foreign language class to create something that makes sense.

And I loved it.

I decided to take this love for foreign language to the next level. I spoke it all the time. I practiced with my Spanish-speaking friends. I even enjoyed studying and learning about the language.

Following graduation from high school, I decided that studying Spanish would not allow me to achieve the type of job I wanted. I was going pre-med, and I figured that I wouldn’t able to devout time to studying Spanish.

That’s when college chemistry got me.

After one semester of chemistry, I decided the pre-med route wasn’t for me. As many weaned out pre-med majors do, I chose to study business marketing – a great major with a ton of opportunity.

I remember walking on campus and speaking to my parents about my change of heart. I proposed the business major, and I wondered about picking up Spanish again. My parents agreed that both would be a great idea.

What I didn’t realize – especially at that time – was where opening the Spanish language door would lead me.

Tying in the theme of this study abroad blog: If you are going abroad, consider learning the native language  at your study abroad destination. You have a tremendous opportunity to spend an extended amount of time in another country that likely doesn’t speak your native language.

This is phenomenal opportunity to learn.

Now, why should you learn that other language? I mean, you already plan on working in the United States when you graduate, learning a foreign language is hard, and shouldn’t everyone just know English?

Allow me to change your thought process. Here are my reasons for learning another language:

Even for me, the idea of working somewhere outside the United States is a terrifying – going out of my comfort zone, moving to a place where I don’t know anyone, attempting to fit in in a place that doesn’t speak my native language.

However, if the opportunity arose, I absolutely be up for the challenge.

Recently, there was an expat panel held on campus. During the Q&A session, I asked a question regarding how the panelist went about learning a new language – something I’m always interested to learn about. To be honest, some of the answers completely baffled me.

The biggest surprise of all: Most knew zero Italian prior to making the move abroad.

As a student going abroad, you are being given a prime opportunity get a head start on learning a new language. While at your study abroad destination, take a foreign language class (even an elementary one) and learn. In addition, while you are outside of the classroom, practice the language.

Prior to coming to Italy, I didn’t know any Italian at all. However, I have been taking an elementary Italian class and I’ve learned quite a bit of the language. Outside of class, I take what I know and attempt to speak it as much as possible.

Students studying abroad should absolutely do the same.

Look at it this way: When your future employer is looking to promote an employee to move abroad, students studying abroad already have international experience. And if you know another language? The hiring manager should just stop the recruiting process right there.

This aspect is easily my favorite part of knowing another language.

The people, man. The people you have the ability to meet. There are so many people in this world that don’t speak English. I realize many Americans believe that everyone in the world should speak their native language and every culture should adapt to them.

Newsflash: That’s not how the world works.

Take a second and think about how many people in this world don’t speak your native language. With the ability to speak another language, the door is wide open to meet these people, talk to them, and even build lasting relationships.

You know something awesome and completely obvious that I’ve learned through two study abroad programs? People love others that speak their native language – or even attempt to for that matter.

This notion reminds me of the many people I have created a bond with simply because I know Spanish. Specifically, on the taxi ride from the airport to our hostel in Pompeii. While in the taxi, I attempted (poorly, but attempted nonetheless) to speak as much Italian that I know to the driver named Marco. Eventually in the conversation, I mixed some Spanish words into my first grade-level Italian and Marco asked if I could speak Spanish. Apparently, Marco was from Spain, and he was extremely pleased to be able to speak his native language.

For those students going abroad, this situation is exactly what can occur during your time abroad. Meeting new people is a huge aspect of studying abroad, and by knowing another language, the door is wide open to meeting even more people.

I didn’t realize how difficult it was to travel without knowing the country’s native language until my first small trip in Italy.

My first trip while studying abroad in Italy was to Verona. We traveled in order to catch the Inter Milan and Verona soccer match, which was scheduled for our first Sunday off of the orientation programs. While in the lengthy line to buy tickets, so many language-related questions filtered through my mind.

The basic dilemma: How in the world am I going to ask for certain tickets, in a certain seat, for the lowest cost possible?

To make a long story short, we ended up not attending the soccer match. Instead, we explored Verona for the day – not disappointing at all.

Prior to this moment, I hadn’t realized how much easier it is to travel when you know another language. You forget about the basic amenities of knowing a language. Simple things like being able to ask for directions, how to read a menu, or even have a simple conversation with a local.

By learning another language, you can make your traveling experience so much easier … and so much more fun.

Yes, I realize this post was lengthy, and I appreciate if you made it this far. To wrap up my final thoughts for those students studying abroad: Learn a new language, especially the native language of your study abroad destination. The doors this skill will open are extremely rewarding.