Italy and the US: Cultural Comparison 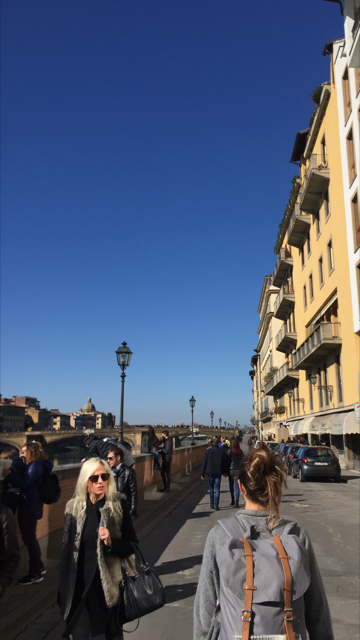 Deciphering the Italian look vs. the American: a closer glimpse 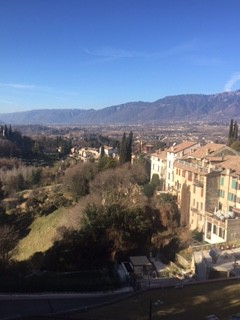 Views from my runs (walks) in Paderno 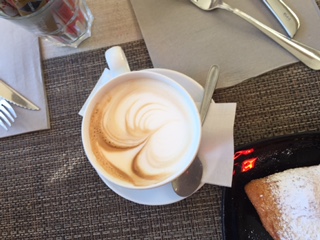 American-Style Coffee we found in Florence 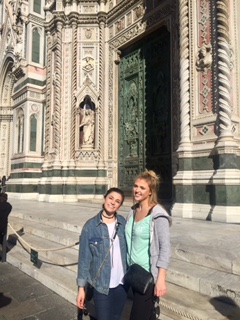 Right before we were asked if we were American: note my sweatshirt and t-shirt 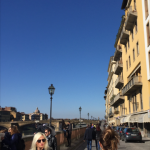 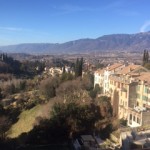 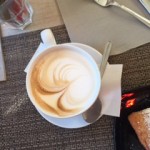 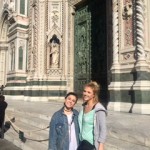 Before I came abroad, I wasn’t quite sure what to expect of Italy or even Europe in general. With European heritage and hearing about my Grandma’s childhood and parent’s visits, I just came to the assumption that it was an older version of the United States. After spending 7 weeks here and traveling to 6 different cities, I’ve noted some major differences in Italian and American culture.

So the first thing I noticed when I arrived in Italy is peoples’ dress- which is much more formal than that of American’s. After spending a few weeks here admiring everyone’s great sense of fashion, I traveled to Venice and realized why it was so easy for Americans/American families to be picked out of a crowd. Since most of you reading this are from the United States, I think we can all agree that it’s more than common to see children with mismatched clothes who probably insisted on dressing themselves (I was one of them) or people in t-shirts, sweat pants, and sweat shirts (I’m also guilty of that), whereas here you probably will never see an Italian in sweat pants and a t-shirt.

Going off the dress code, you will probably never see an Italian in shorts under 70 degrees. Americans (like myself…or maybe it’s just because I’m from Chicago) consider shorts weather 55 degrees and above. I learned this one the hard way during one of my jogs when an elderly man pointed at me from across the street and said “GOOD MORNING, AMERICAN!” For a second, I thought the blonde hair gave it away until I realized he was pointing at my shorts.

The third major difference is siesta- and no, that’s not a party (although the store owners might consider it one). For those of you who don’t know, siesta is when store owners take a few hours break and close their store to do things that don’t involve work- like nap or eat. Within the first few weeks everyone at CIMBA learned pretty quick to get their snacks and sandwiches before the 1 o’clock siesta. The store hours in general are more variable here in the sense that some are closed in the middle of the week on random days (definitely an adjustment coming from a college town where everything is always open). Most stores are also family owned and therefore prices are usually more, so if you come to Italy, you’re probably not going to find your all-in-one store like Wal-Mart.

The fourth major difference I have become cognizant of is the difference in coffee preferences. The first time I ordered coffee here was a rude awakening when the Starbucks-type coffee I was expecting was as dark and small as an espresso shot. Most Italian coffee has very little to no sugar and creamer and being a frequent customer of Dunkin’ Donuts Vanilla Iced Coffees, I wasn’t used to actually tasting the coffee. They say it’s an acquired taste but I’m still working on it.

The fifth and final difference I have noted thus far is driving “styles.” The saying “pedestrians have the right away” does not apply here (speed limits may or may not either). The first time riding in a taxi here, it became apparent that the aggressive city driving you see in New York or Chicago is also normal driving style here. After visiting Rome and seeing several cars parked horizontally facing the road in a section of parallel parked cars, I realized that road signs and signals are taken even more as a suggestion, versus law, here than they are in the United States.

Just like the cars here, time has flown by and I can’t wait to learn even more about the culture, people, and places Italy has to offer in my final weeks here. Ciao for now.