Last week marked the first of two nine-day travel breaks we are lucky enough to receive here at CIMBA, and I can honestly say that it was the best week of my life thus far.  In that short time, I visited Paris, Berlin, Amsterdam, and London, and while each city was different from the rest, I absolutely loved each one in its own distinct way.  The fact that each destination is so unique means that each one holds a little something for everyone, whether you enjoy fast-paced sightseeing or casual strolling.  Here, I give you some of the best things I did in each city during my travel week, with recommendations for every type of traveler.

Home to a number of kings and queens, including King Louis XIV and Marie Antoinette, Versailles is a gigantic, beautiful palace located in a suburb of Paris.  It’s so extravagant, in fact, that it essentially caused the French Revolution in the 1700s.  While the citizens of France were living in poverty, their royalty lived in this lavish palace with hundreds of rooms – including the Hall of Mirrors, which is literally filled with statues, chandeliers, and, yes, an inordinate amount of mirrors, which were generally only possessed by the very wealthy during those times.  As I walked through the palace, I was in awe of the beauty and décor, which was elaborate even by today’s standards.  I would highly recommend paying a few extra Euros for a guided audio tour, as it allowed me to learn about the history of the palace as I walked through each room.  Versailles was definitely one of the best historical (and generally awesome) sights I saw while in Paris. 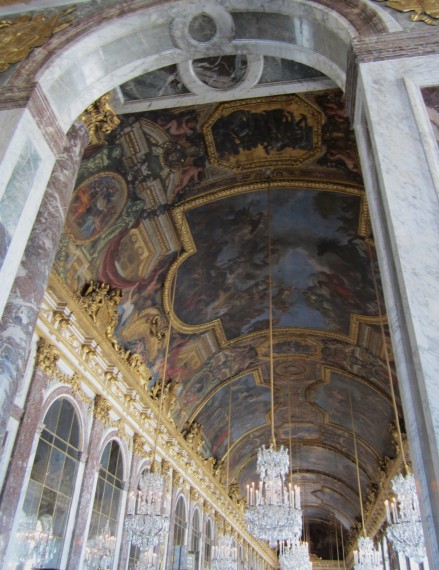 The Hall of Mirrors inside Versailles

While Berlin isn’t necessarily the prettiest city, it is one with an incredibly interesting background.  The best thing I did during my stay in Berlin was a free walking tour that was advertised in our hostel and many others around the city, and was led by a hilarious Irish man named Barry.   During the four-hour tour, Barry led us to all of the important sights and landmarks in the city, including Museum Island, the Jewish Holocaust Memorial, and what remains of the Berlin Wall, all while providing us with anecdotes and insight into the history of each.  The tour was truly a fascinating, fun way to experience Berlin, and I would recommend it to anyone, history buff or not.

Located on one of Amsterdam’s many canals, the Anne Frank House serves as a museum dedicated to the story of Anne Frank and her family, who lived in hiding at the rear of the house for over two years during World War II.  Visitors get the chance to walk through the Secret Annex in which Anne lived, as well as to read actual entries from her diary and learn more about the family members and four other individuals who lived in hiding with her.  It was incredible to imagine living in the cramped, dark space under the circumstances in which they did, as well as to fathom the amount of bravery required of the individuals who actually kept them hidden.  The Anne Frank House is a landmark that you cannot miss while in Amsterdam. 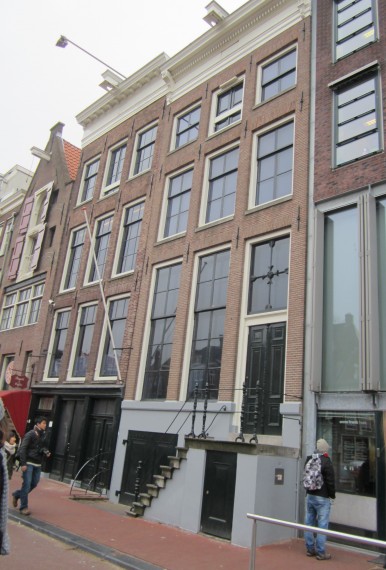 Yes, cooked snails might not sound incredibly appetizing, but when they’re covered in garlic butter and prepared by a gourmet French chef, you’d better believe they are.

The official food of London seems to be pub food, and fish and chips is the most pub-by pub food around.  Along with the fried fish and French fries, the dish comes with peas – and don’t be surprised when the waiter or waitress asks if you’d like them “regular” or “mushy.” 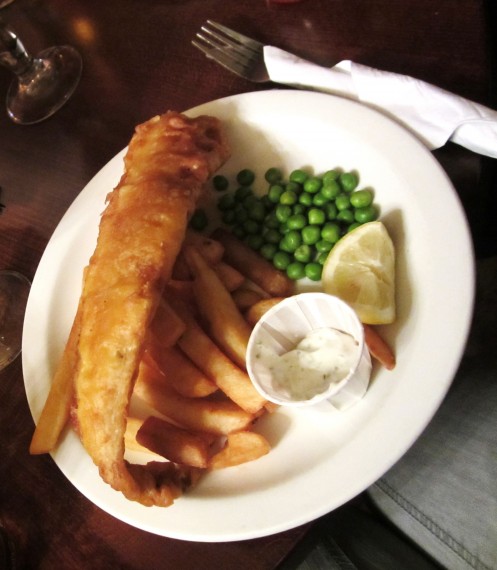 Fish and Chips (and regular peas)!

Need I say more?  Buy one from a street vendor who fries up the crepe and slathers it in Nutella right in front of your eyes (and watering mouth), and you’ll be in heaven.

When in London, do as the true tourists do and ride a double-decker bus around the city.  We bought a two-day pass for just around $25, and were able to hop on and off at any time at one of the bus’ 30 stops.  We actually ended up riding the bus for almost three hours one afternoon, and were able to see all of London’s most famous sights – Westminster Abbey, Buckingham Palace, Big Ben, and many more.  Plus, you can stay on the bus when the sun goes down, and experience a different London at night.  There’s a reason those buses are ubiquitous around the city! 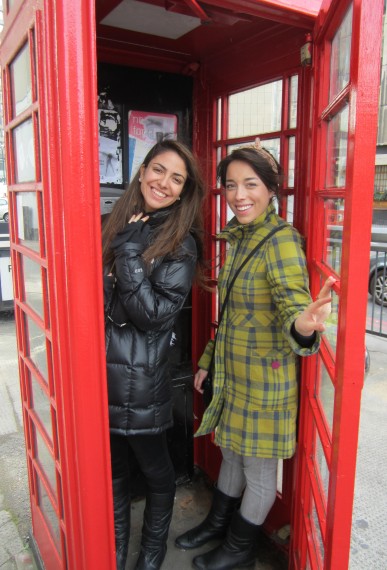 Myself and travel companion Jackelyn, in one of London's many telephone booths.

While my week-long, whirlwind tour of Europe was admittedly quite exhausting, I really fell in love with each of the cities I visited.  You can be sure that no matter what type of traveler you may be, you will love these cities, too!