Frustration. My immediate response when I found out our flight to Nice, France has been cancelled due to strikes by the corporate airlines. After hours of planning and deciding where we wanted to go, a simple email ruined all of our plans. It was Thursday morning. We had approximately four hours to create an entirely new itinerary of where we wanted to go and what we wanted to see (meanwhile I had two midterm exams on the same day!)

Luckily, I have some awesome friends here who were on top of the game. By noon that day, we had a hotel reserved in Yesolo, Italy, and that was all I needed to bring our spirits back. I mean, I am in Italy, there is no need to be frustrated in the first place!

The experience of traveling to Yesolo was … an experience to say the least! Since we did not really have time to book any trains in advance, we figured it would just be easiest to find our way when we got to the station.

Sure enough, we were able to book our trip to the nearest train station for only 5.60 euros! After realizing some of the costs associated with traveling abroad, I was ecstatic knowing that I received a full refund for my original flight to Nice (115 euros) and replaced it with a fraction of the cost. It was the first sign that this weekend was going to be better than expected.

… The only down fall with the tickets were the train left in three minutes from when we originally purchased them. Needless to say, we were flying through the train station. A friend ran ahead before the tickets were bought to make sure we were going to the right boarding zone. She managed to figure out how to open the door, and the rest of us were right behind her. Just as the last foot made it to the train, the sound alarmed and the doors began to close again. We made it!

After finding some open seats, we could not stop laughing. Although we were incredibly fortunate, my advice: do not do that. Trying to catch a train that is departing in three minutes is not advised, but there was no reason to worry about it now. In a short few hours, we would be on a beach on the Adriatic Sea.

As the taxi driver was approaching our hotel, our necks were cranked to the left starring at the, what seemed like miles, of hotels on a gorgeous sand beach with the ocean stretching to the horizon. It was so beautiful.

When I first saw our hotel, I thought it was a mistake. My hostel in Florence last weekend was clean and safe, but I did not realize we booked a hotel in Jesolo. 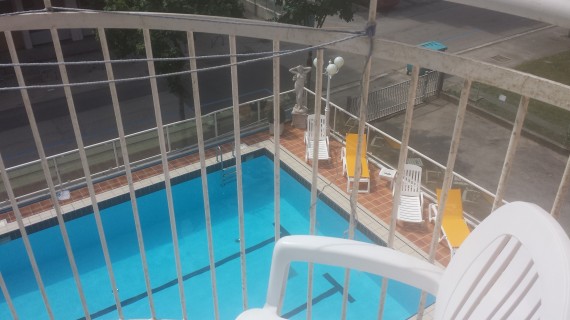 A winding staircase with marble floors, a pool with chairs lined around, a balcony for every room, free breakfast, plus for the first time all trip I could connect with wifi on my phone! I could not believe the upgrade for only a few euros more.

As soon as we checked in, we of course headed straight to the beach. The warmth from the sand between our toes would put a smile on anyone’s face.

To my surprise, the water was warmer than expected as well. We spent the next few hours laying out, soaking in the sun, and swimming in the ocean.

Less than 24 hours we had no plans, and now we were on one of the best beaches in Europe. 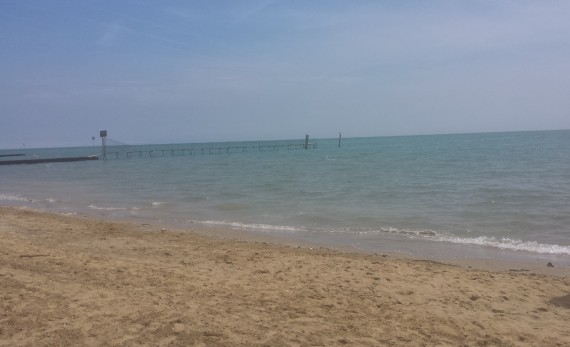 The rest of the weekend was amazing as we walked through the little shops and enjoyed the night life. We even had time to see Verona on Sunday to make the weekend absolutely perfect.

In the end, do not let little problems ruin your day whether you are abroad or at home. Things usually work out if you let them!

Hard to believe only one more travel weekend left. Rome here I come!