View from the Rialto Bridge

The crowds (and pigeons) at Piazza San Marco

This is the real Venice. Despite all the crowds, there are still parts of the island where you'll find peace, quiet, and good food.

Took this picture at one of the many dead ends. Turns out getting lost gave me one of my favorite photos

The view from the water taxi on the way to one of the outer islands. 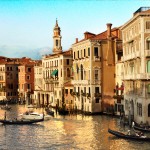 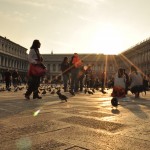 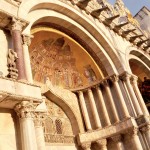 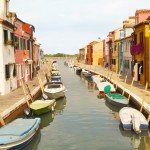 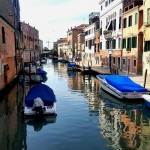 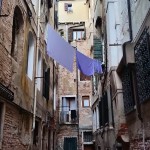 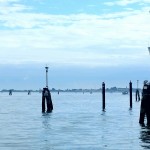 First off, just let me say, you made the right travel choice.  Venice is amazing! You won’t regret the trip.  That being said there is no right or wrong way to do Venice, so long as you enjoy yourself.  What we’re talking about here are all the tips, tricks, and tidbits you’ll need to make your trip to Venice memorable.

(Also, we’re talking about Venice, Italy here. If you’re looking for Venice, California, you may have made a wrong turn somewhere. You should also ask yourself why you would go to a replica in California when you could just go to Italy and see the real thing. What were you thinking?)

Before we can talk about how to do Venice though, we should probably talk about what is Venice.  You see, Venice is really unusual. And I mean REALLY unusual.  There’s nowhere else like it anywhere in the world.  There are replicas out there (like Epcot) but they still pale in comparison to being able to explore the real thing. So here we go!

So you know that Venice is all waterways and canals and boats, but what you didn’t know is that Venice’s main island is actually made up of 118 smaller islands all connected by canals and bridges.  These islands all sit in a large marshy area that would essentially be uninhabitable except for the fact that the venetians decided they were having none of that back in the 5th Century and that they most definitely were going to make this area their home.  What I’m trying to say is that Venice shouldn’t even exist. The buildings themselves aren’t even constructed on real land! All of the building actually sit on stilts that have been driven into the ground underwater.  As you can imagine, living in a floating city that relies on 1500 year old wooden planks to keep it dry is causing Venice more than a few problems.  Some experts give Venice less than 100 years of habitation left, so it’s a good thing you’re visiting now! Also, bring your waders.

Beyond the main island, there are even MORE islands.  Many are purely residential, but some are more than worth the trip in the water taxi.  Many tourists never bother to leave the epicenter of the main city and miss out on the florescent-colored houses of Burano or the sparkling Venetian glass shops on Murano.

Planes, Trains, and No Automobiles:

Because of all the water, there are no cars allowed in Venice.  When you fly into Venice Marco Polo Airport (VCE), you arrive on dry land.  From there you’ll have to take a train to the island (which is the part you want to see – no one goes all that way to explore the cement and glass office buildings on the mainland). There are 2 Venice train stations – the first, Venezia Mestre, is on the mainland and is the last stop before you head out over the water.  This is the station you should head to after you get off the plane.  From there, you want to catch a train heading toward the second station – Venezia Santa Lucia.  This station is the end of the line and the only one on the main island.

So you grab your luggage and walk out of the station to discover that the first thing you see is water (and gelato, but that goes without saying).  Wherever you want to go in Venice, you have a few options.  You can walk, since everything is connected by bridges.  That being said, give yourself a TON of time to find your way because Venice is not a grid and half of the turns lead to dead ends and steps leading disappearing into the water.  There are signs posted on the side of buildings with arrows pointing you to the main attractions – San Marco’s Square, Piazza del Roma, etc. If you don’t want to walk, grab a biglietto (ticket) for the Vaporetto (water taxi). They go up and down the main canals and out to the further islands and have many different routes to choose from.  It’s also worth the trip on a taxi down the Grand Canal just for the view!

Despite the fact that the main island is, ultimately, quite small, there’s still a lot to see and do and learn while you’re there so let’s start with the big stuff.

If you want to see everything, you might also consider getting a Rolling Venice Card which includes admission to many of the museums and churches in Venice and gives you unlimited access to public transportation (aka water taxis).  Just know that this pass is exclusive for those under age 30 and is perfect for students studying abroad.

As with any new country or culture, there are certain customs, tourist traps, and things to know before taking the plunge.

The best way to see Venice is to just see it.  Pick an alleyway and walk until you don’t know where you are.  You will get lost no matter what, so don’t forget to enjoy it.