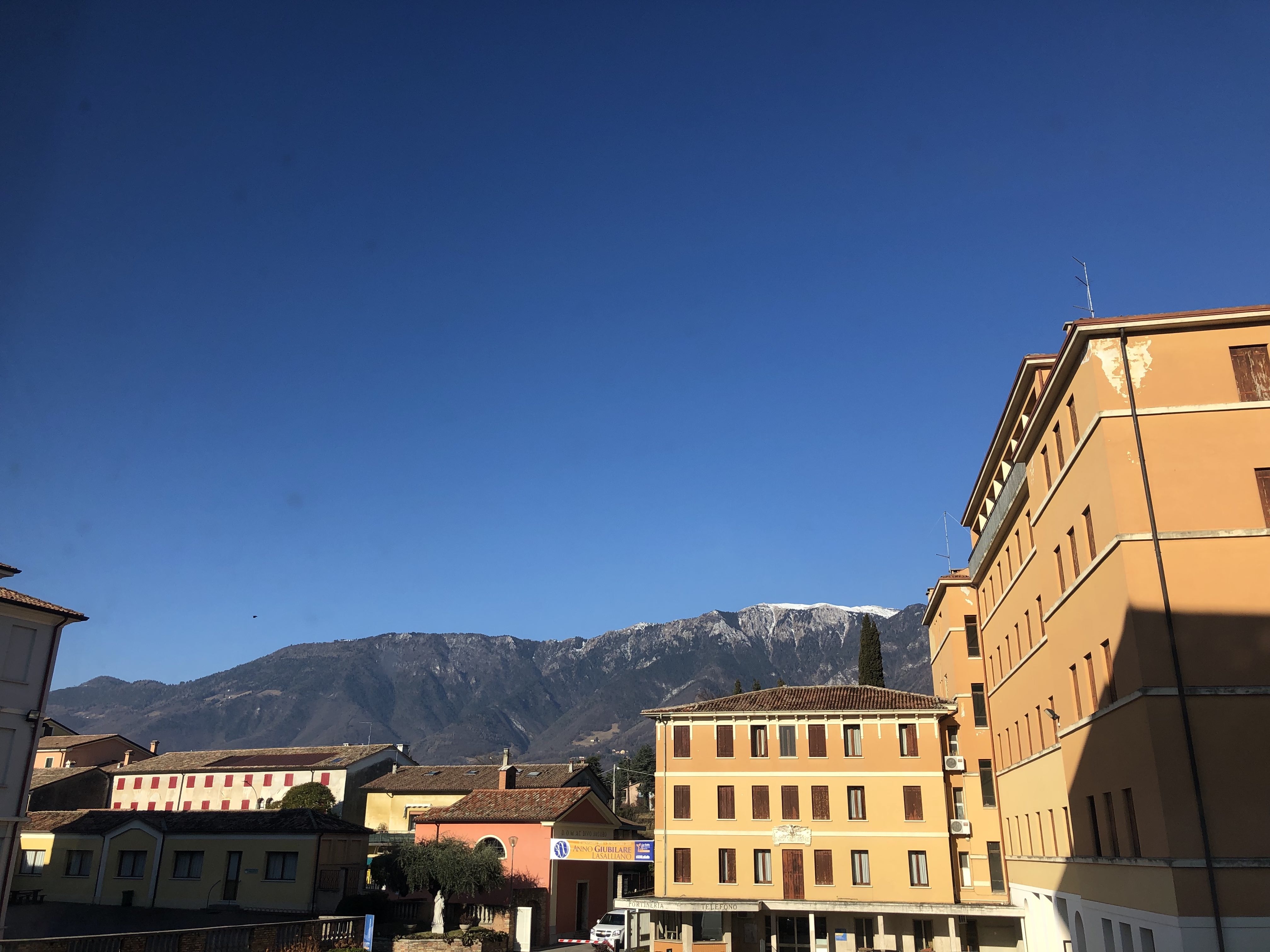 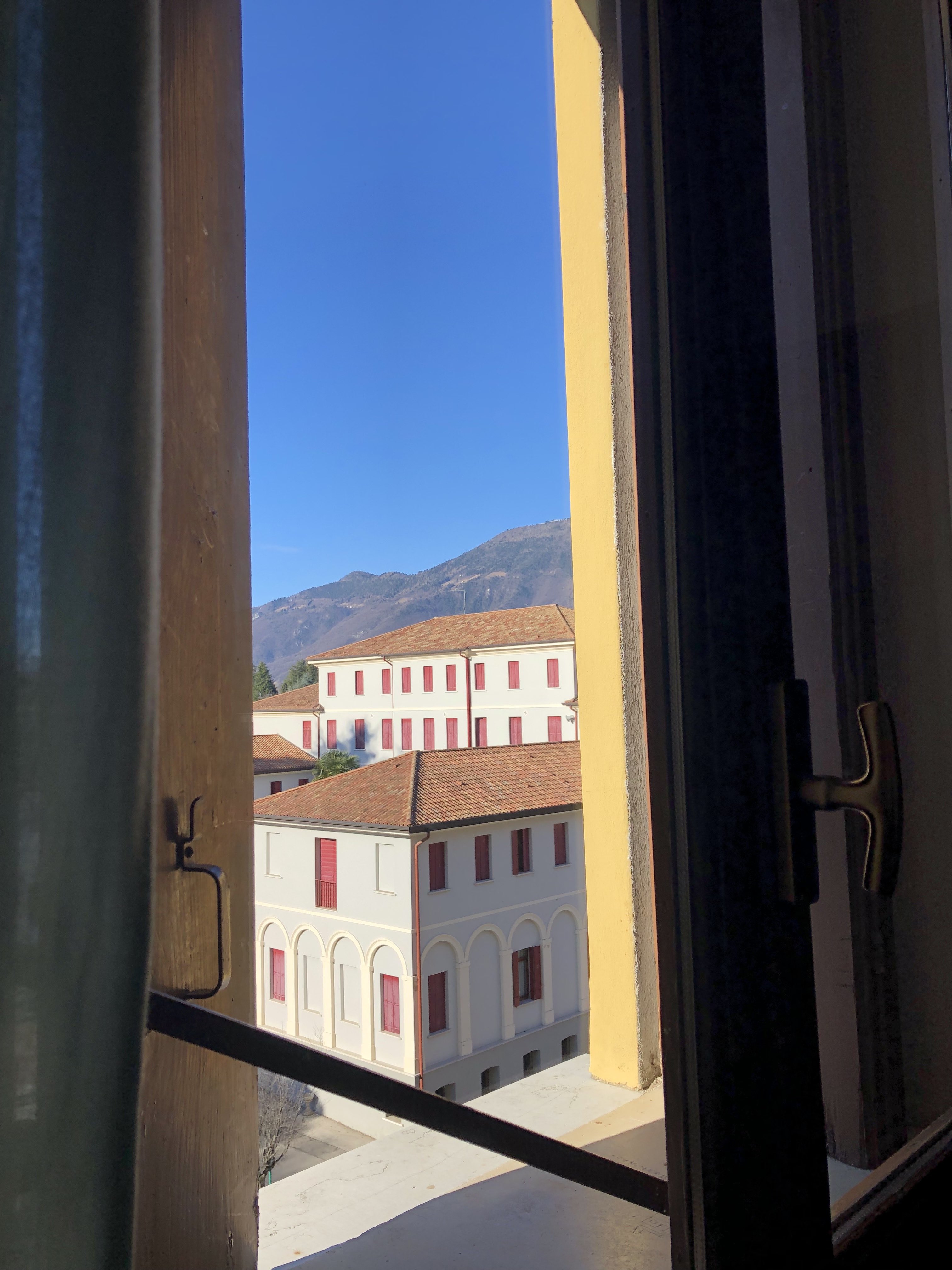 I get to see this every morning. 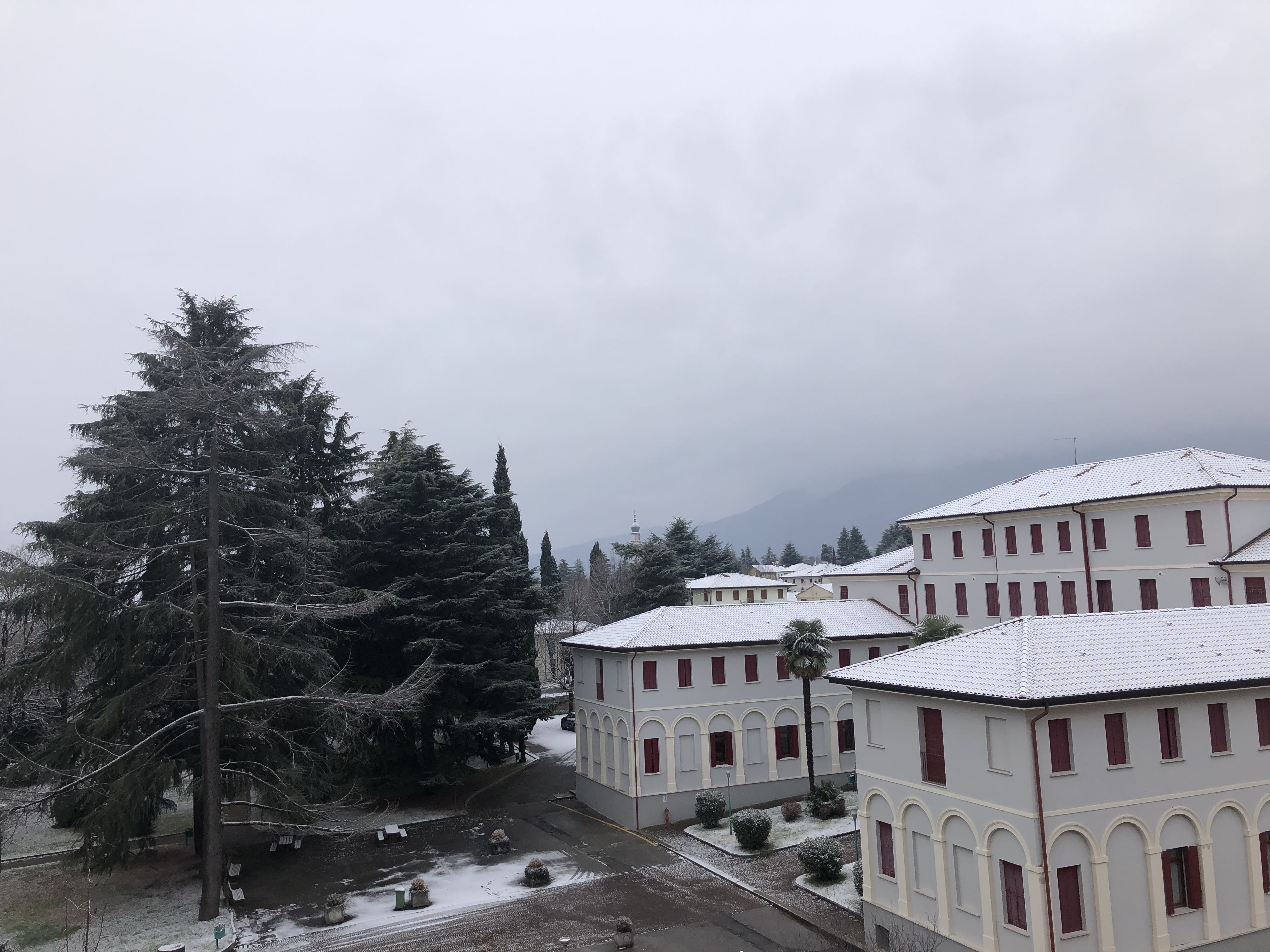 It snowed the third day-I'm not used to seeing snow! 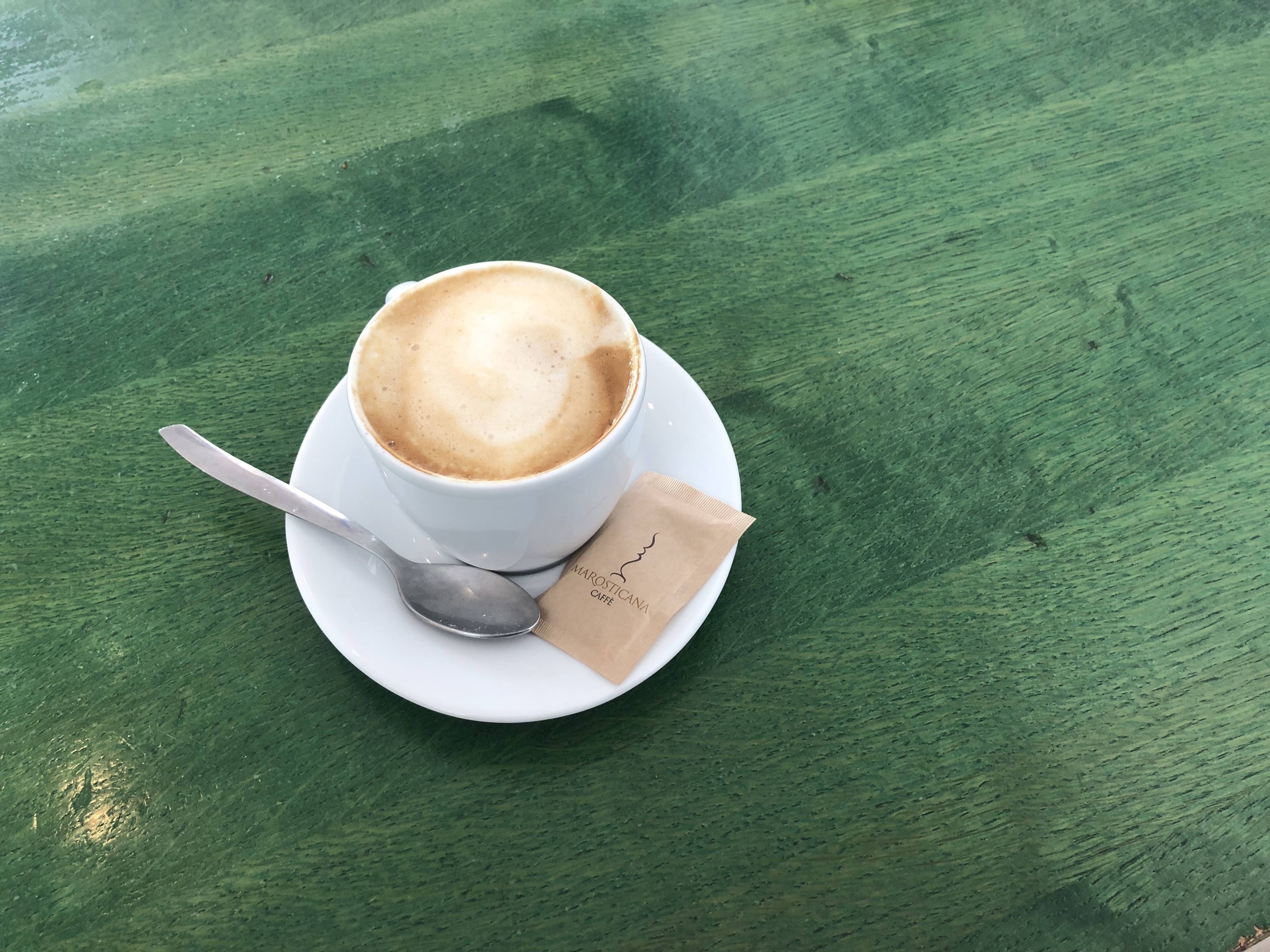 This was only 1.50 euros and was way better than any $5 coffee I've ever had in America.

This was only 1.50 euros and was way better than any $5 coffee I've ever had in America.

It snowed the third day-I'm not used to seeing snow!

I get to see this every morning. 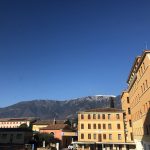 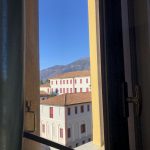 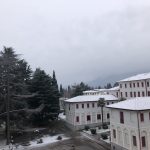 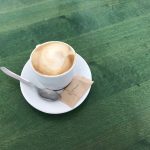 Wow! What a journey it has been over the past few days. I have been in Italy for a few days now, and it is an absolute dream.

I packed two suitcases and a carry-on, which was plenty of room for me. I left Charlotte, NC on Sunday and arrived in Venice on Monday morning. The flight was exhausting, to be honest, but I got through it. I didn’t sleep at all on the plane-there was so much to think about!

Throughout this week, I have explored Paderno a bit and met a lot of awesome people. Mostly everyone here is from schools in Iowa, Nebraska, etc, which is different for me. Honestly, I never really thought about Iowa until I got here!

It has taken a while to adjust to the sleeping schedule, but I’m finally starting to feel awake. The fact that I discovered an espresso vending machine that costs 50 cents for an espresso shot may have something to do with that as well.

I also have found the gym and the coffee shop-two staples in my life-and they’re both about a two minute walk from my room. Everything I need if pretty close by. All CIMBA students live on the fourth and fifth floors of the Istituti Filippin building, all the classrooms are on the third floor, and the cafeteria is on the first floor. And the espresso machine is on the second floor-that’s important to know.

This week has basically been just a bunch of formalities, getting comfortable with the campus and the classes. I’m taking Italy Live, Intro to Marketing, Money and Banking, and Intro to Law. Hopefully, by the time I leave here, I’ll be relatively comfortable with the language. It feels so weird to not understand what people are saying! It’s crazy to think about how English speakers are the minority here.

From this week, I have realized how much of a change this all is. Personally, I have never left the country at all, so to decide to leave for three months and go to a foreign country knowing no one and none of the language is quite a leap for me. But, I know I’ll grow from it! I’m super excited for what is to come. More later!

Advice: If you want to study abroad, but you’re afraid of all the change, DO IT ANYWAYS. Explore further, step out of your comfort zone. You won’t regret it.