So much happened in such a quick four-day travel weekend that I don’t even know where to begin. Although there were some bumps in the road, overall, it was a success! My friends and I decided to visit Barcelona and London this weekend. In hindsight, it probably wasn’t the best idea to pick these two […]

Everyone knows the best way to see a city and actually understand what you’re seeing is by going on a guided tour. While tours are informative and educational, everyone also knows that they can be boring. And hot. And long. And you get hungry. And your feet start to hurt.  So, how to get the […] 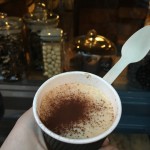 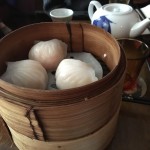 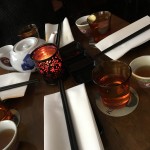 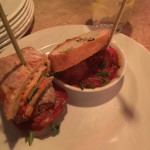 Before I left to explore Europe, I received some of the best travel advice: eat my way around the world. Every country’s culture tells a story about their history and the people who reside there. As I learned, food is large piece of each culture. Each new place has their own local food so why […] 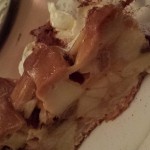 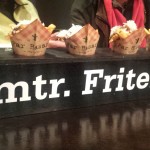 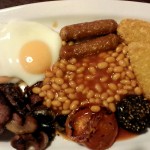 How wonderful London is! How unfortunate the currency exchange rate is! London after Ireland was the English language haven that we were all so ready to enter.  We [Sam, Lindsay, Taylor, and I] arrived at the airport and headed straight to The Tube. So while walking around our first day, we begun to notice these […]

This past week was wonderful insanity- also known as travel week! There were five of us to start and we slowly dwindled to 3. The luck of the Irish to start. We landed in Dublin midafternoon on Saturday leaving school work and our cares behind (everything is true but for that second part). We were […]

After a long 8-hour flight, my first taste of airplane food, and a lot of sleep deprivation, I finally made it to London! My boyfriend Scott, his mom and sister and I got to London January 7th. We landed in London Wednesday afternoon and took a nice long nap to try and cure our jetlag. […]

Ciao! This Sunday marks the halfway point for my study abroad program- six weeks down, and six more to go. The first travel week was this past week, and it was an amazing adventure. During that time, I had the chance to go to Paris, Dublin, and London, which were all incredible! Originally, it was […]

Words on a piece of (computer) paper are not nearly meaningful enough to describe what it was like to travel all around Europe in less than ten days. My body is exhausted from all the walking and traveling, but it was worth every step. I could write for days to tell you what I did […]