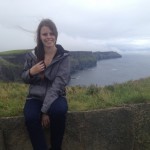 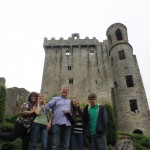 I always believed I was quite the carnivore, but then again I never ate a meal in Dublin, Ireland. It was around dinner time, and my stomach began to make its grumbling calls for a meal. As we searched for a restaurant we all agreed the best first meal in Ireland would be at a […]

Ciao! This Sunday marks the halfway point for my study abroad program- six weeks down, and six more to go. The first travel week was this past week, and it was an amazing adventure. During that time, I had the chance to go to Paris, Dublin, and London, which were all incredible! Originally, it was […]

I can’t even begin to wrap my head around the fact that I am almost half way done with my study abroad experience. There are so many things that I have experienced and seen, and there is still so much more to explore. This past weekend, I went to Interlaken, Switzerland and it was one […]

One of the best parts by far about traveling through Europe is getting to taste different types of food—especially because little Paderno del Grappa has no variety in food. One of the top five reasons I love travel weeks is because we get to eat something other than pasta and red sauce. For my second […]

Ciao! This past week was our second travel week and I headed off to London, Edinburgh, and Dublin with my friend Carly! I had a wonderful time this week, but my friend and I definitely hit some speed bumps on the way. Now I want to preface this post by saying that I loved every […]