Why I Spent My Last Weekend Abroad Traveling Solo 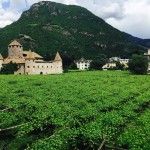 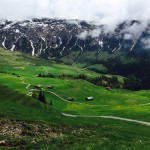 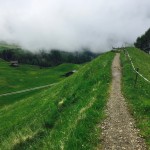 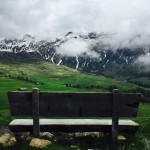 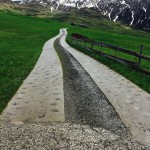 Solo travel can be a scary thought. We are all so dependent on our friends and family to guide us through our lives, that sometimes we lose track of who we actually are and how to be independent. We can jump from one relationship to the next, platonic or not, to identify ourselves and have a companion to tackle every day life with. However, there comes a time in life when we need to step out into the world and regain our independence. To understand that being alone is about finding inner peace and solidarity. A friend of mine once told me, “the coolest person to hangout with will always be yourself.”

Independence is a strong word. It entails self-confidence and poise about an individual, one that only comes from a learned nature. Traveling seemed to be the ultimate excursion to regain this independence. However, after spending the first couple weeks at CIMBA, I realized this dependence and attachment was already forming around a specific group of people. Don’t get me wrong, these people are great and have a special place in my heart but this constant dependent nature needed to be resolved. That’s why this past weekend I decided to take a trip up to Bolzano as a solo travel weekend.

It sounds scarier than it actually was. I ended up meeting some really nice and interesting people along the way that I probably would not have had the chance to meet if I wasn’t by myself.

There were a couple things that came to be true during my solo travel weekend.

It forces you out of your comfort zone

This was the first time that I traveled by myself. On the way there, there was a group of girls from the program who I saw on the train and ended up getting dinner with that first night. But after that, I was forced out of my comfort zone to understand the city of Bolzano by myself. There were times that I felt very uncomfortable. Specifically during meal times, the first morning I sat at a table near a lady I was sharing hostel room with but we were not close enough to have a conversation. And while there were conversations around me, I was forced to be okay with the silence and not having anything or anyone to talk to.

You get lost more than once and that’s ok

I have always been one to know where I was going. I feel like I have a pretty good head on my shoulders when it comes to common sense and directions. But man, was I totally lost in this town. I got lost probably four or five time in the city square itself, three more times while hiking in Oberbozen, and another three times hiking Alpe Di Suise. But getting lost is only the adventure. I was hiking in Alpe Di Suise and I decided to take a “stroll” (that’s what I called it) through a hiking trail. I thought two of the hiking trails would eventually meet, allowing me a quick 30-minute walk along the river. After about an hour and a half of walking along this trail, I realized the paths were probably not going to meet. To my dismay I had to walk another hour to the nearest restaurant and landmark. But getting lost and the anonymity of going with the flow was something I needed. This gave me an opportunity to trust myself and let the pieces of the puzzle fall into place.

Loneliness is only a perception

This one is important. As I began my travels last Thursday, I was nervous that I would get bored. What was I going to do for three days all by myself? This outlook blinded the opportunity of meeting new people at the hostel and during my travels. This fear of being alone and loneliness itself is something that shouldn’t be looked at as a bad thing; it’s only a perception. Traveling alone is an important milestone for the independence we all should crave. Instead of wrapping ourselves in our own little bubble of comfort, this is a time that we need to step out of these zones and experience the world. For me, this was traveling alone.

There are some precautions that need to be taken when traveling alone n the name of safety. However, if you stay away from going out at night and trust your gut instinct, there shouldn’t be a problem. I have enjoyed every travel weekend this past month, but this past solo trip has been the most influential and enlightening.