Last weekend we all went on a bus to Florence, which is only about a 3-hour drive from Paderno. We got there at about 9pm on Friday and dropped our bags at our hostel, which was right next to the Duomo. Florence was a lot livelier at night than Venice was. We walked around the city for a while, went to a few bars and ended up at a discoteca called Club Yab. It was very different than anything I’ve been to in America, but we had such a good time. It was packed with well-dressed young Italians and the strobe lights went along to the beat of  pop music. I’ve noticed they really enjoy the song Wake Me Up by Avicii here… a little too much. Anyway, the dance floor was surrounded by stages with dancers (interesting dancers, also like nothing I’d seen in the United States…) and booths in between where we could hang out. We danced for a while and then decided to go back and rest up before a full day of sightseeing on Saturday.

We woke up and went straight to a pasticceria where we had cappuccinos and brioche to start our day. The weather was about 50 and sunny so we sat outside and people watched for a while as The Duomo was a block away towering over the buildings. From there we went shopping for a bit and then made our way into The Basilica di Santa Maria di Fiorre, or more known as Il Duomo di Firenze. The church was unique in that the building was a lot more ornate on the outside than the inside, unlike most other ones I have visited in Italy thus far. It was covered in beautiful, detailed, green and white marble with intricate statues and designs and frescoes. Once we finally made it inside, I could not get over the utter size of this basilica; it was massive! The fresco painted on the domed ceiling was my favorite part. It makes me so excited to go to the Vatican and see the Sistine Chapel. 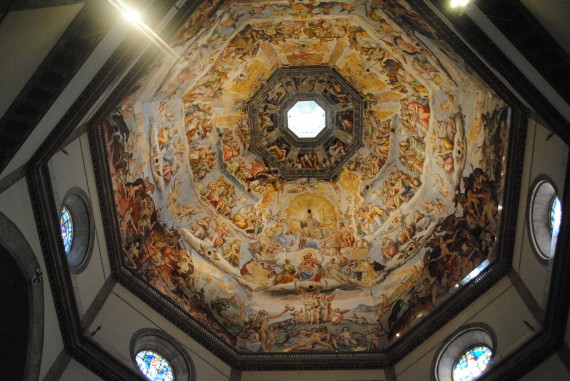 Ceiling of The Duomo 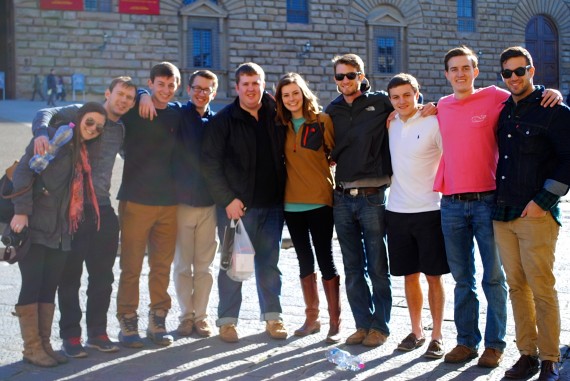 Enjoying the Italian sunshine in a piazza 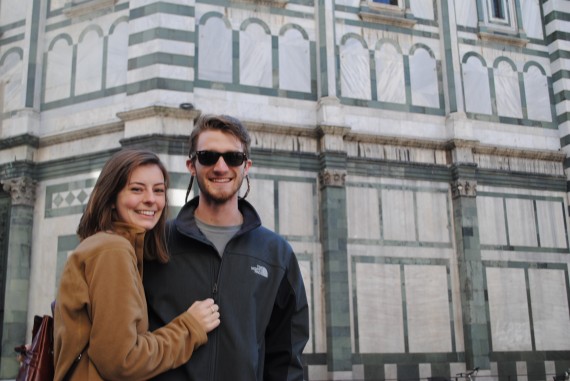 Me and Scott in front of The Duomo

Once we left The Duomo, I got the best gelato I’ve ever had! The gelato in Florence is so rich and creamy, and each flavor has such a distinct taste made from natural, quality ingredients. I’m addicted to pistachio, but I always try to get another flavor that I haven’t tried yet so I can experience all the flavors. Next we went to the Ponte Vecchio Bridge that spans across the Arno River. The view from the bridge was so picturesque, with Florence and the Italian countryside all in sight. It was lined with Florence’s famous gold markets. I loved looking in all the beautiful window displays where the jewelry sparkled as the sunlight shined through the glass. I even got myself a little somethin’ somethin’. 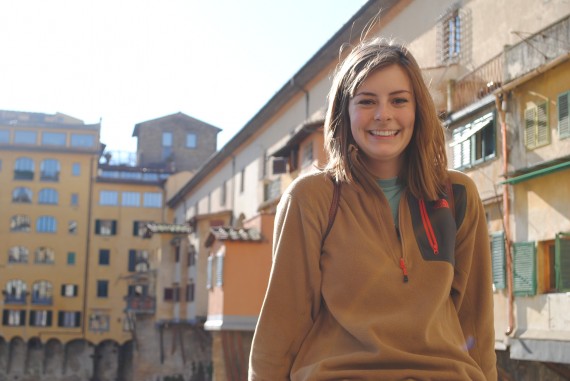 Sittin’ on the railing by the bridge 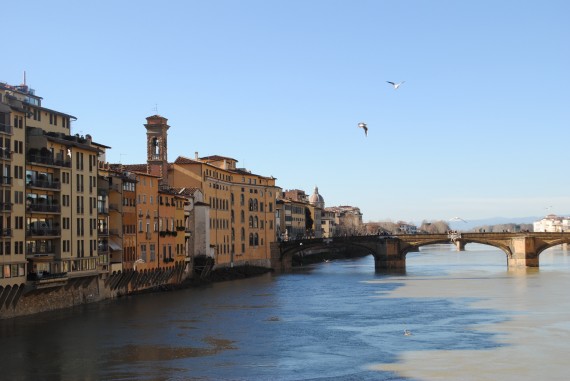 We walked around and explored the city the rest of the day, strolling in and out of shops, people watching in the piazzas, enjoying the nice weather and indulging in the delicious food. I can’t tell you how many meals I had while in Florence, but I can say that no matter how many pizzas and sandwiches I ate, I was never too full to turn down the next café or gelataria.

After resting for a bit, we went to an Irish pub. You could tell it was a hotspot for American students because everyone wrote their names, Greek letters and shout outs to their university on the walls. There were t-shirts hung on the ceiling representing just about every known university- including Arkansas! (Woo Pig Sooie)

From there we went to a discoteca called Space Electronica, where we met up with a lot of other CIMBA students. The club was packed, but I had so much fun dancing and practicing my Italian with some of the locals. We went and got kebab once we left before we hit the hay at the hostel. I’ve never had kebab, or even really heard of it for that matter, before coming to Europe. But there are kebab restaurants (kebabarias?) on every street here, so I figured I had to try it. It reminded a lot of a gyro sandwich that you could get at a Greek restaurant in The States. It was actually pretty good!

We woke up early on Sunday, ate and made our way towards the Uffizi Gallery. The collection ranged from Da Vinci, Botticelli, and Michelangelo to everything in between. One of the highlights from the Uffizi that was really exciting to see was the Birth of Venus painted by Botticelli. The painting was much bigger than I expected it to be and very detailed. I’ve only seen it in textbooks, so it was great to see how much effort Botticelli put into such a magnificent piece of art.  From there we went to Loggia dei Lanzi, an open-air sculpture gallery outside the Uffizi. There were replicas of Michelangelo’s David and other famous sculptures that I recognized. (Sadly, we never got to see the real David. Long story short: we got lost) We then made our way to Il Porcellino, which is a bronze fountain of a boar. The tradition (dating back to the 17th Century) is to put a coin in his mouth with the intent to let it fall to the bottom of the fountain for good luck, and then rub his snout to ensure a return to Florence.  This was especially exciting for me because not only does my home university have a replica of this statue on campus, but also our mascot is the hogs!

From there we went to go get more food (of course) and then made our way back to campus. I absolutely loved all the art, architecture, history and overall culture of Florence. It is everything I imagined Italy to be and more. If I had any complaints at all, it would be that there was a lot of graffiti around the city, and I didn’t really expect that. Florence is such a timeless city and I feel like the Italian government or local police should really do something to preserve such a historic place. That aside, Florence was a beautiful place. My favorite thing about the whole trip was definitely the food. It’s nice to try something a little different every time I leave the good ol’ PdG. I feel like I eat a lot of pasta here on campus, so it’s exciting to try a bunch of different pizzas, cheeses, veggies, spices, and, without a doubt my favorite part, gelato.

Next up is the travel weekend, and we’re planning on going to Brussels and Paris. I’m really excited for that trip, so check back in a week to hear all about it! 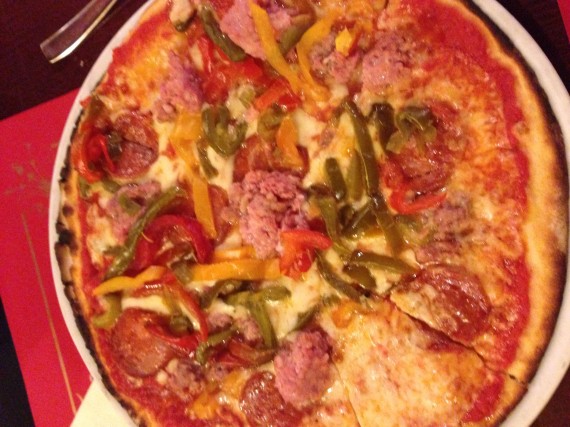 Best pizza ever! Sausage and pepers 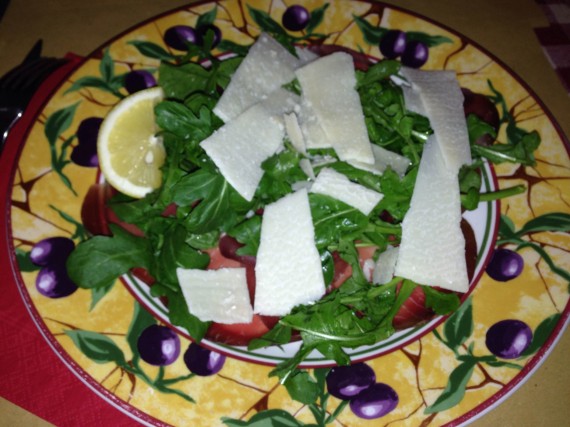 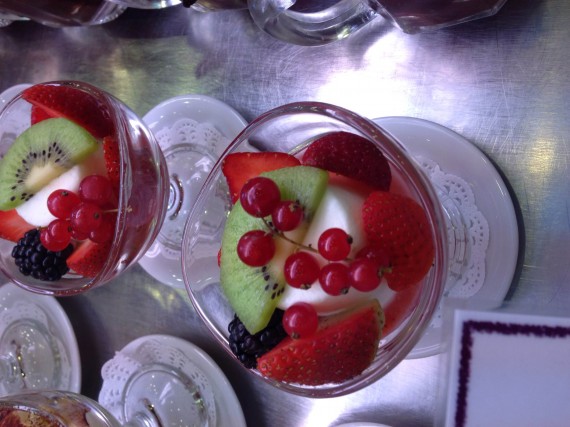 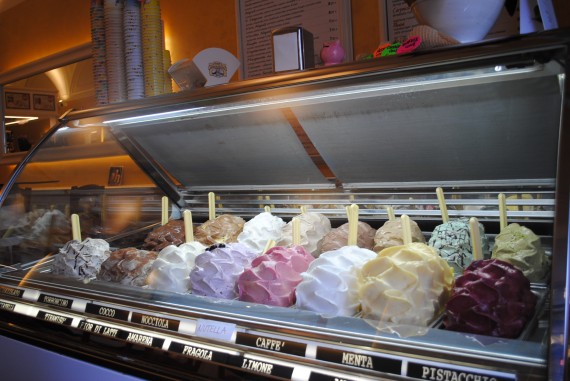 One of the many gelato shops we stopped at