I woke up bright and early at 4:45am Saturday morning, showered, packed my backpack, caught the 5:30am taxi and jumped on the train to Bolzano.  I slept during the 3 hour train ride, but I couldn’t help but to peek open my eyes every so often to see the skyscraping mountains fly past my window. Once we got off the train, we got a taxi to drive us 30 minutes away to where our hotel was. The drive was a steep incline, zigzagging up the mountains, with switchbacks that had you holding onto your seat so you wouldn’t fly off the edge. There was a blanket of snow covering the ground, which was a great sign as we were on our way to go skiing. As we drove, I gazed at the terraces of vineyards that scaled along the slopes of the Dolomite Mountains.  Though the utter beauty of northern Italy was not what was making our jaws drop. I just traveled to a German town that was a 30-minute drive from Austria but still in Italy? The architecture had a strong Austrian influence, the street signs were marked in German, but nevertheless I was reminded that I was still in Italy as we passed vineyards and Fiats. 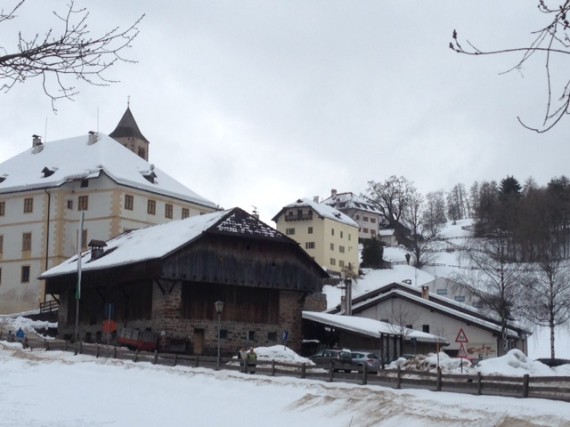 We finally arrived at our hotel, Sporthotel Spögler, inthe quaint town of Klobenstein (does it sound like I was still in Italy?). We were very excited because this hotel was elaborately decorated in homey furnishings and ornate woodwork, all with a German-Austrian twist.  We were greeted by the most friendly hotel staff, and were immediately offered a drive to the ski resort after we changed clothes. We took them up on it, made our way to the resort, rented gear, and hopped on the gondola. Let me warn you: I have only skied once and snowboarded once, so I’m not the best on the mountain by any means. I decided to snowboard this time, and felt pretty confident in my abilities since I had just learned only recently. That means I’ll do better… right? 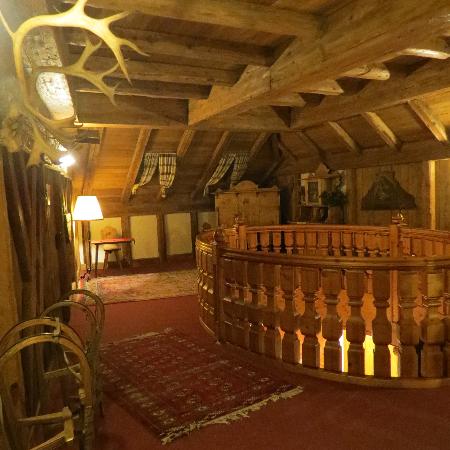 Outside our hotel room

The rest of the day on the mountain was filled with weinerschnitzel, friends, snowboarding and a good time. We stayed together the rest of the day. We went back to the hotel, took a nap and then had a delicious 4 course German meal at the hotel. We stayed for a few drinks and then asked our friend Kai at the front desk what there is to do at night. He directed us to a 15-minute walk to downtown Klobenstein where a British band was playing at one of the local bars. We sat on the patio and relaxed, enjoyed a few German beers and called it a night.

On Sunday, we woke up and made it back to the slopes. Once we got to the top of the gondola, we realized why there were no crowds that day: there was a white out. I couldn’t see 4 feet in front of me which made it hard to read signs, see people in front of me or even the banks and drop-offs on the side of the trails. Just imagine the anxiety that was going through my head after the struggles I experienced the day before. I am not about to blindly slide on my butt all the way down this mountain. I decided to just think positively and keep my head up as we began to make our way, but its hard to keep your head up when you only see a white abyss ahead. We started down slowly, staying close to make sure we all were together and safe. The trails began to look familiar from doing them the day before, so it got a bit easier. Being only the 3rd time in my life to ever even be on a mountain, I realized I accomplished enough crazy feats for the weekend. Me and my friend Harry took the gondola up and hung out at the restaurant and drank while the rest of the guys went down the runs a few times. They were obviously a lot more experienced than me and Harry. They had memorized the trails and were catching a lot of speed down the mountains as they followed closely in each other’s paths. When they were done they met us back at the restaurant and were all grinning from ear-to-ear. Im so glad I took a break for two reasons: one being that if I had gone with them I would have held them back and slowed them down, and two I wouldn’t know how to make it to a German speaking Italian hospital if I had gone down that mountain blindly. I have a lot of experience to gain before I go through a white out again. 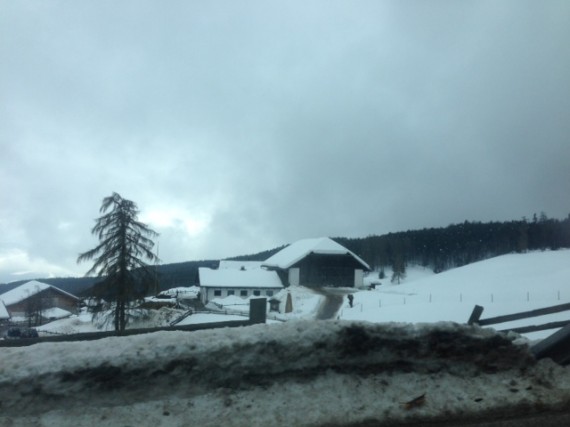 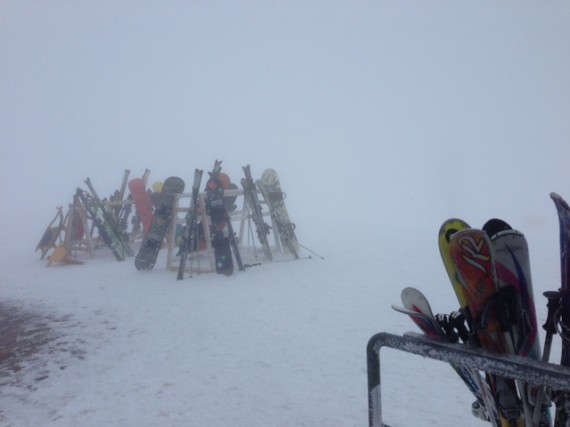 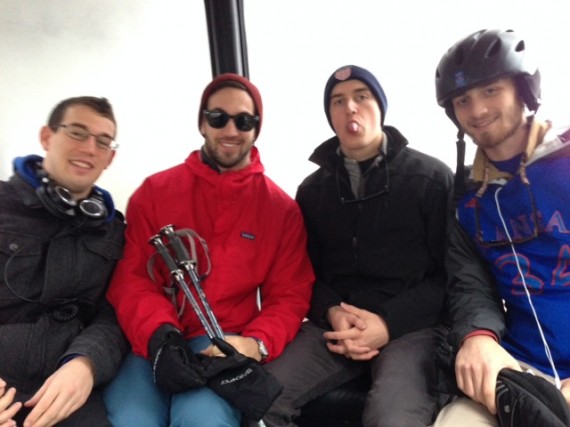 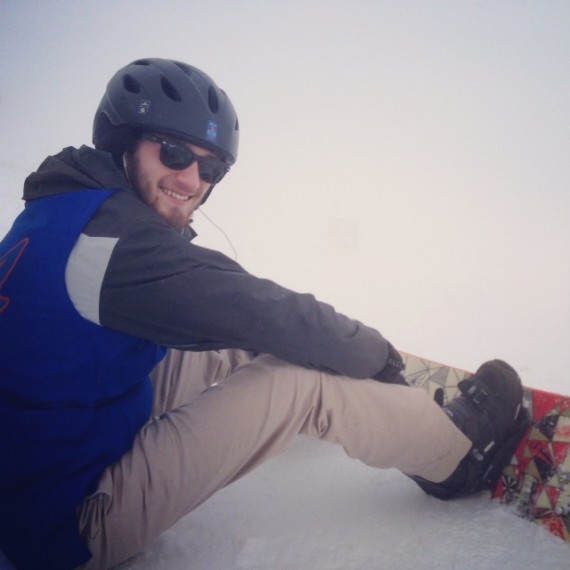