A Trip to Bassano 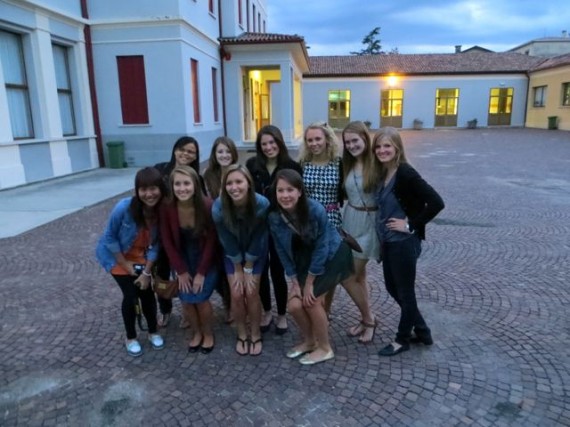 Last Thursday night we finally ventured out of our small abode that is Paderno. Up until that point, I had not been to any other part of Italy besides Venice, but that was only the airport. We were incredibly excited—half the students had already made the trip to Bassano del Grappa the first week while we were in leadership training. But now they were in LIFE training and it was our turn to explore!

As soon as I stepped off the 20-minute bus ride, I knew I was in for a treat. Compared to Paderno with one main street, Bassano was bustling with city nightlife, restaurants, bars and more buzzing on both sides of the road. We ventured into the downtown square part of Bassano, which consisted of a maze of narrow cobblestone streets and a restaurant, shop or gelateria on every corner. I stopped to buy gelato at the first gelateria I saw. It was my first time eating gelato (sadly Paderno is too small to have a gelateria) and it was amazing! I picked ciccolato and caffe (chocolate and coffee) and even ordered in (poorly spoken) Italian. Molto buono! 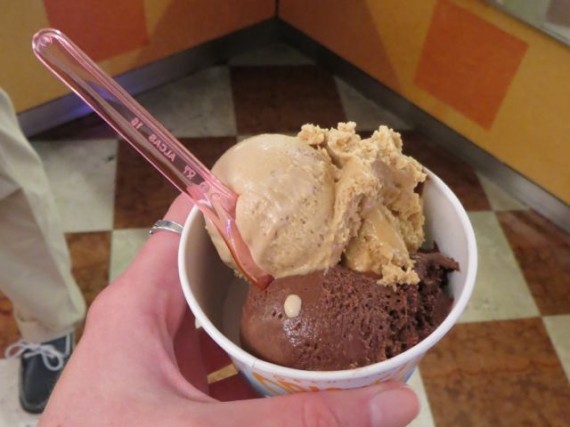 One of my other favorite parts of Bassano was the architecture. Paderno doesn’t have any buildings big enough to “look” Italian, but they were everywhere in Bassano. The downtown square featured old buildings that used to be apartments on top, with newly renovated shop spaces on the first floor.  I was in LOVE with all the storefronts we walked past. Being a fashionista and wanting to work in the fashion industry, I oohed and aahed at every store we walked by. Unfortunately all the shops were closed at that time of night, so I have to go back. 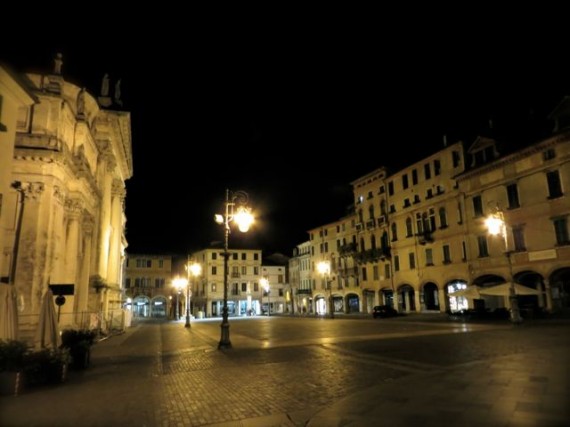 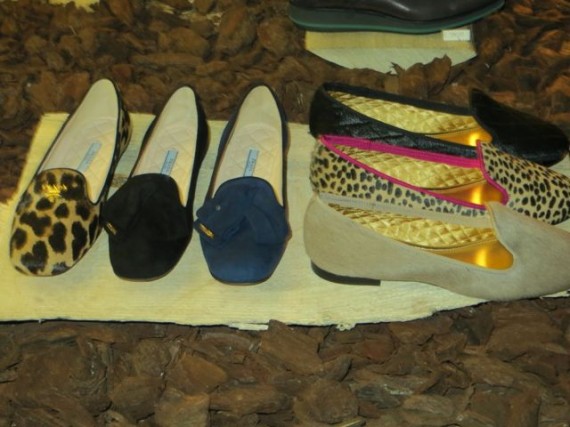 Prada loafers in a shopfront!

The best part of Bassano was the wooden bridge overlooking the river. Apartments, restaurants and bars were on either side of the river and at nighttime with their lights sparkling and reflecting on the river surface, it was beautiful. Couples both young and old walked along holding hands, some stopping on the bridge to snap a photo or take in the sights. It must have been because it was nighttime, but the bridge was romantic in the simplest way possible. All of us were yearning to go back to Bassano as soon as we left.