Are you getting tired of the touristy cities and the constant traveling between sights, but cannot decide what country will give you the relaxed atmosphere you are looking for? It didn’t take much to draw me into traveling to Sicily. When my friend Juliana and I were discussing our next travel plans, she said: “I think I am traveling to Sicily this weekend. I mean I feel like I am obligated to go since I have family there.” At first I thought to myself, what could Sicily possibly have to offer that other countries do not? This was a tough question to answer at first until I realized I could be on the coast of the Mediterranean. Picturing myself on the beach was more than enough to draw me in. Before I knew it, I was on our RyanAir flight looking out the window over the Mediterranean. The beach could not come any sooner. As I rolled out of bed Friday morning, I was anxious to walk out my door and see the ocean…. yes I know it is hard to believe the ocean was right out my front door. If you don’t believe me, take a look: 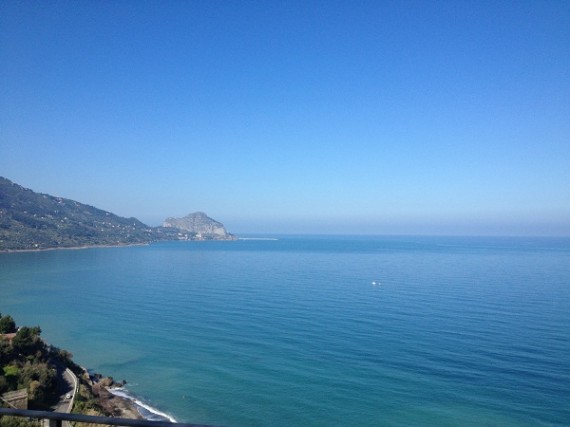 The view from Sant Ambrogio

For the entire day on Friday we relaxed on the beach and looked out into the Mediterranean.  Sant’ Ambrogio is a small town of only about 200 people, so were we able to sit on the beach with the 5 of us in some peace and quiet. After about 5 hours of sunlight and the ocean view we decided to head to a nearby town, Cefalu, where we were able to walk around and experience some other views of the Med.

Sitting over the Mediterranean at sunset. 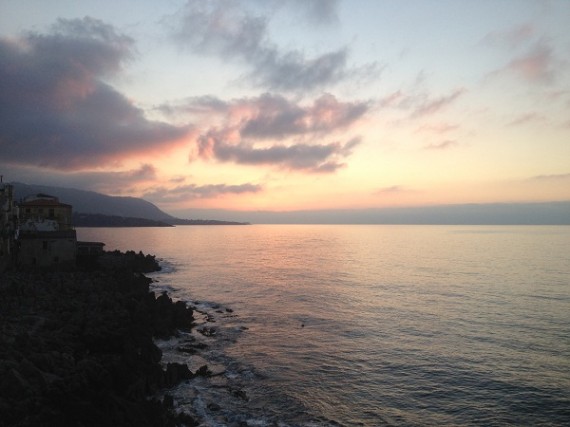 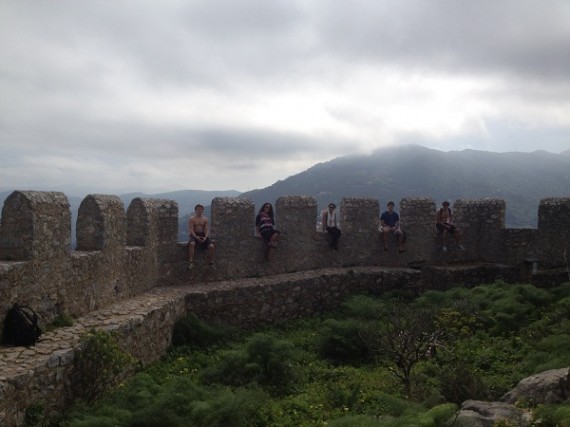 After hiking to the top of the Rock of Cefalu

Besides lying on the beach, I had two experiences that I would have never done until I came to Sicily. If I left Sicily without trying fresh seafood, I would call myself crazy. I may not be the biggest fan of seafood, but let me tell you…. I am now. On Friday night, Juliana’s cousin and his Italian friends were kind enough to make us some fresh seafood for dinner. When I thought of seafood, I thought well I can handle a few shrimp…. if I said I had a few of anything I would be lying. As we watched the Italians cook the seafood, I was shocked with the different kinds of seafood they were actually making for us….it seemed like Thanksgiving to me.

To start it off we had mussels covered in lemon juice, followed by an Octopus and Squid salad. The mussels were the best I had ever had…..ahh I wish I could have them with every meal. After I had about 30-40 mussels, I decided to try the salad even though I was stuffed. I had a few servings of the salad…… is that it? Nope.

Finally out came the big Shrimp, which was grilled after we had the salad, just to make sure we had enough room to try some…. “some” for me was about 5-6 giant shrimp. Before I began digging into my first one, I had to watch the other Italians first to make sure I was doing it right…I wanted to get the full taste. After watching a few, I dug in! Let me say, I may have just had the best meal of the semester. 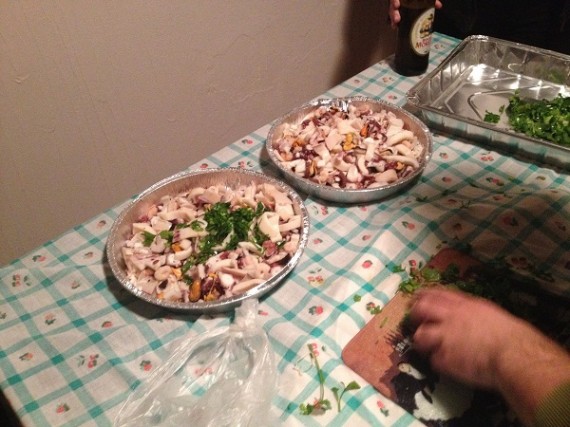 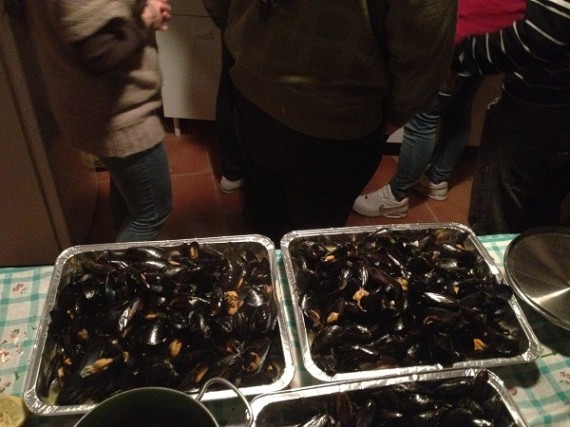 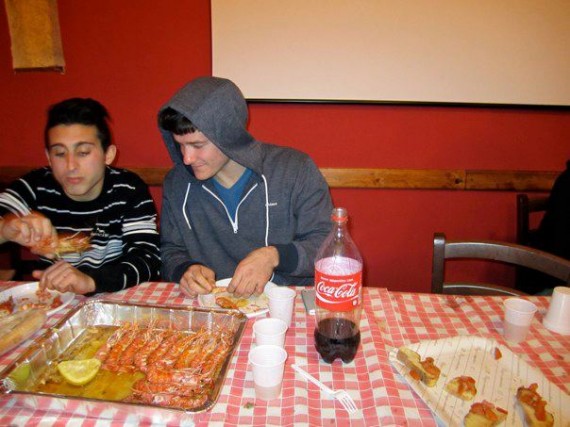 Learning from the pros.

To finish off the trip, we went to a soccer game in Palermo. I have never been to a major soccer game, so this was another new experience for me. Palermo is not the best soccer team in Europe, but luckily we were able to watch them attempt to play AC Milan (which is one of the best teams in Europe.) A soccer game over here is almost like going to a baseball game in Chicago, except for the fact that the fans are 10 times more into it. I never expected to see flames from across the field or caged in bleacher sections to separate the fans of opposing teams. This was yet again another life changing experience and I highly recommend seeing at least one soccer game even if you are not a fan of the sport. 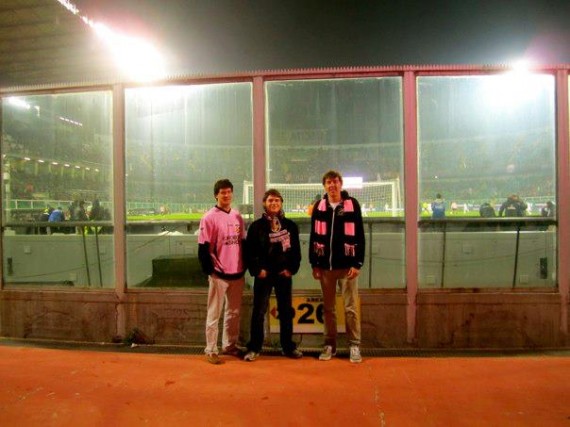 Looking back on my last minute decision, I am 100% glad I took Juliana up on her offer. I would not have experienced a relaxing day on the beach, a Thanksgiving type feast seafood style, and lastly I would not have witnessed a hat trick by famous soccer star Zlatan Ibrahimovich. Sicily may be in my top two favorite destinations I have hit thus far, I highly recommend it.