For the third weekend in CIMBA, I decided to leave Italy and go to another country! This was not because I was tired of being in Italy already but because this weekend was the last weekend of Oktoberfest (A grand beer festival) in Munich, Germany! This was quite improvised by my friend, Andy, but as a result, I ended up enjoying a European festival in my 20s!

For this time, I and my 6 friends booked the guest house which was totally unfamiliar with me. This is the way that a host lend whole house for guests so guests can use the place without the host. Our guest house was 15 minutes away from the festival place by subway. 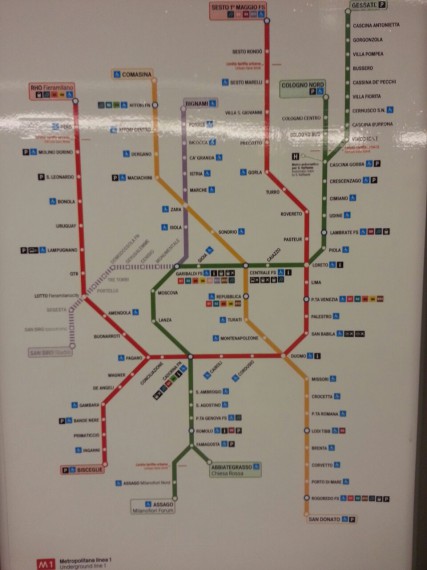 The Map of Munich’s subway

This is the map of Munich’s subway, which is quite complicated and has broad boundary. While in Munich, I became the master of German subway!:) 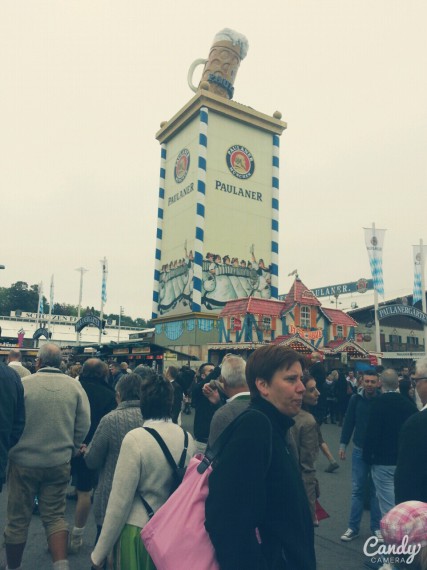 When we arrived at Oktoberfest in the first travel day, there were so many people in the park. As you can see in the picture, that is one of the beer tents in the festival. There were several tents that were held by major beer manufacturing company. Among those tents, we decided to go HB! 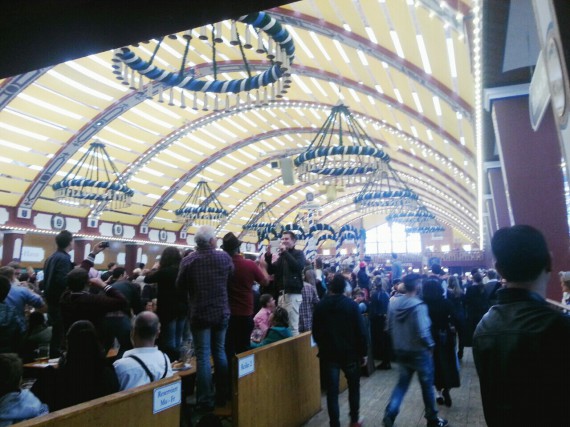 Plenty of people in our tent, full of excitement, looking at the band 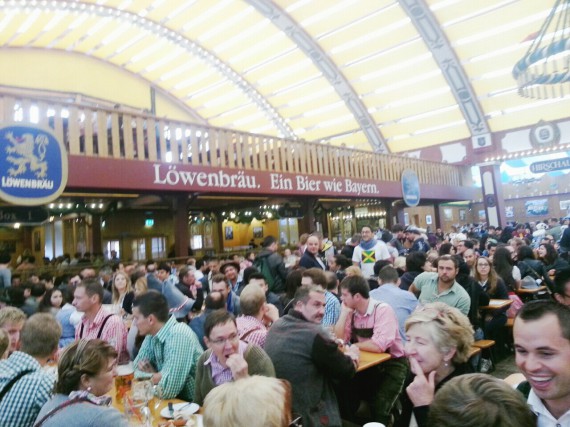 In the tent, people are smiling!

As I imagined, plenty of people were already formed the line to enter the HB tent. After a long wait for 2 hours, our party succeeded to get inside BUT, there were even more people inside… Can you feel excitements and energy through the picture? Everyone smiles and is excited for having festival even though it was only 10 AM! 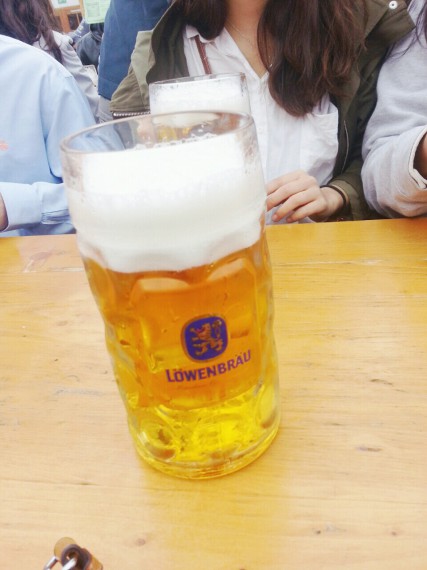 A liter of beer served for each person!

This is how Oktoberfest served a glass of beer (actually it was 1 lt.). From a liter cup, I could see how Germany loves beer and it is a part of Germen culture. The taste of beer was awesome! It was like I drank a real beer finally!>0<!

In the second last day, I, Jaein, and Ham (Girls from South Korea) wandered around Munich’s plazas: Marien Platz and Karls platz. 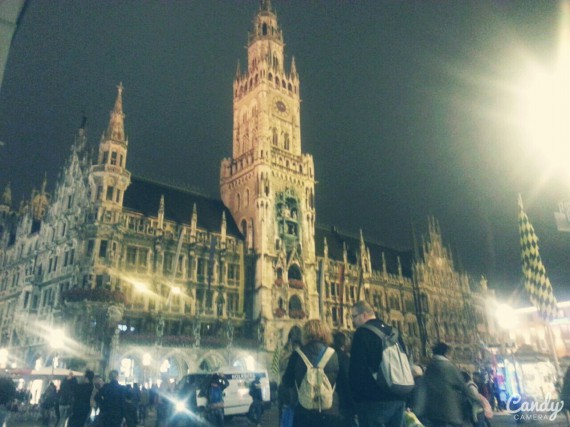 Marien Platz is the most famous plaza for its grand bell and marionette performance held twice a day. I liked this place as it has beautiful night sight! 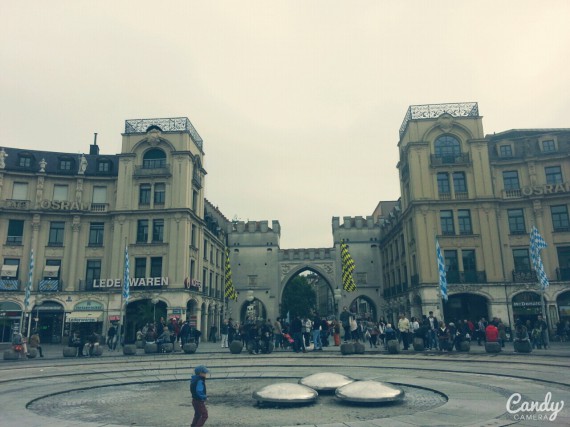 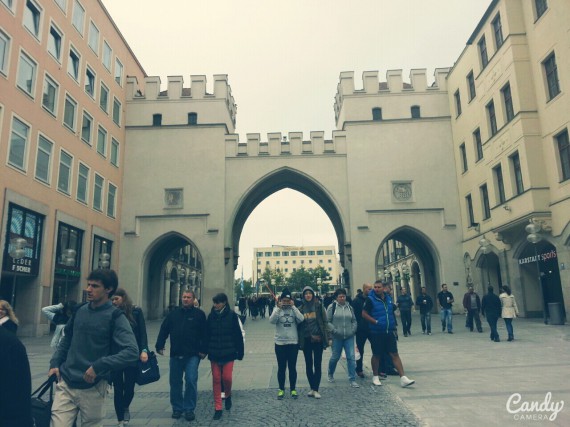 Back side of Karls Platz whish is so clean!

I have visited Karls platz in day time before we left for CIMBA and it has different charming points. It was more broad and active with souvenir markets. 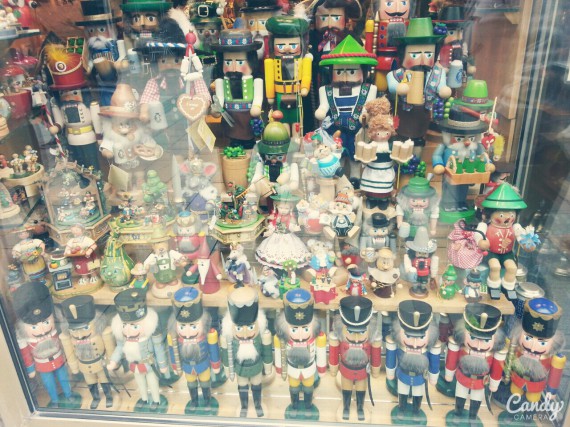 Cute nutcrackers in the souvenir shop!

Look at these cute nutcrackers! These were exactly what I saw in old cartoons. I really wanted to bring it with me.

In addition, I cannot tell Germany without these delicious foods. During the fest and trip, we had some traditional foods. 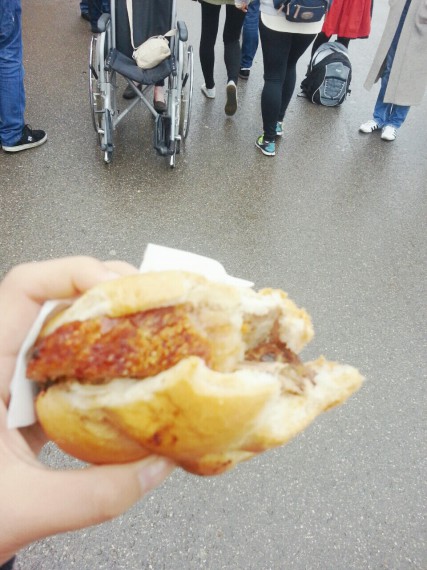 The first burger in Munich made from Pigs’ feet

This is a burger made with pigs’ feet which was surprised me the most because I have not imagined western people would use that part in food. In Korea, pigs’ feet are great ingredients so I was glad to see them here! 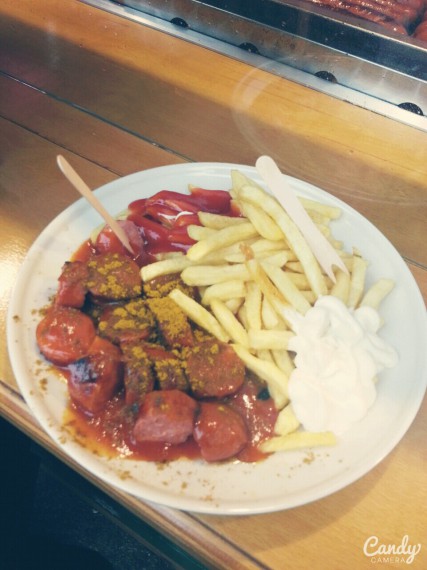 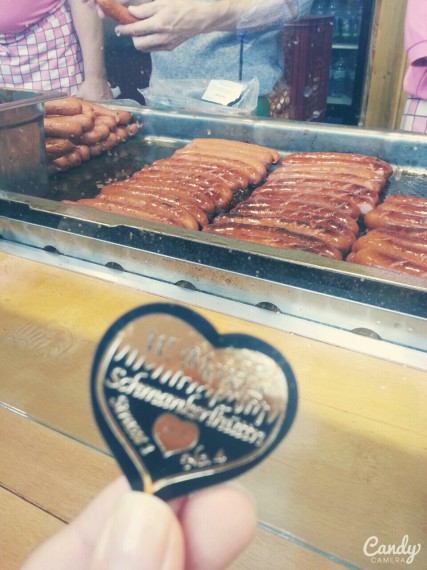 Everyone would agree with the idea that sausage is the representative food in German and it was true. I had this sausage and fries with curry and it satisfied my taste. 🙂 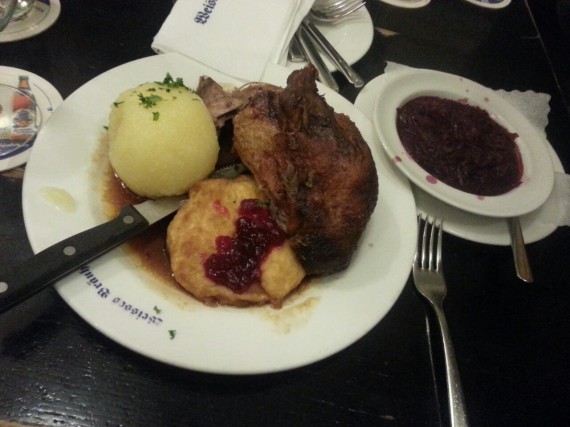 For the last dish, which was my favorite, was duck. It was not simply baked but matured with special spices. I really want to have it again in my lifetime!

Staying 3 days in Munich, it was kind of cold in October but it was a great chance to learn German culture! I regret that I did not take photos of German’s traditional costume! 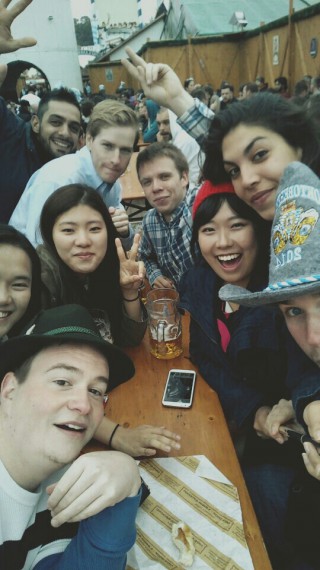 Hi~ We are having fun!