It is the City, Milano!

The second week has passed even faster than the first week. This week, our team was included in the LIFE program, which is a renowned leadership program. It required me to have great focus on my life plan and the way to be a leader. After graduating from the program, I recognized why CIMBA highly recommends LIFE again. It gave confidence, sense of real leadership, projection in voice, friendship and so on. I believe this program offers a good start of the CIMBA semester!

For this weekend, I and my friends went to MILANO for 2 days. Our campus is rather in quiet country side so we expected to feel how the urban in Italy is this time and it was awesome! 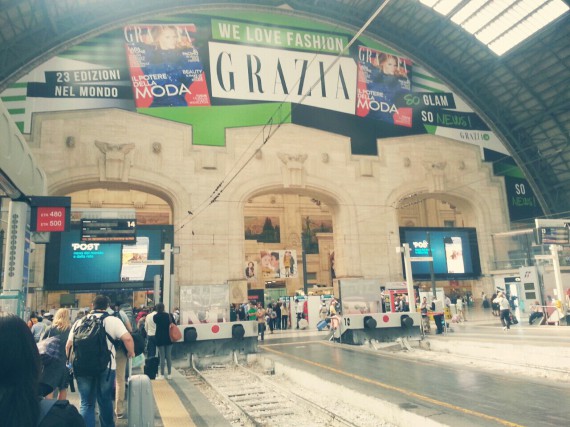 The train station, ‘Milan Centrale’ was not like one we’ve departed in the morning. There were more than 15 platforms and a huge display board. People seemed so busy and walked faster than in Bassano Del Grappa. 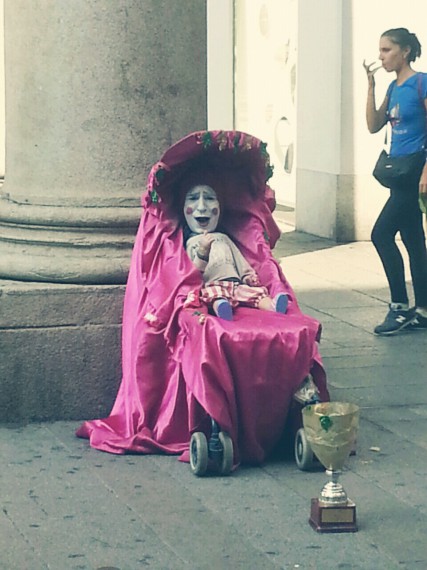 Where we went first was the main shopping street. Because it was Saturday, there were plenty of events. This is the picture of clown who played a baby in a stroller. His facial expressions were so funny! 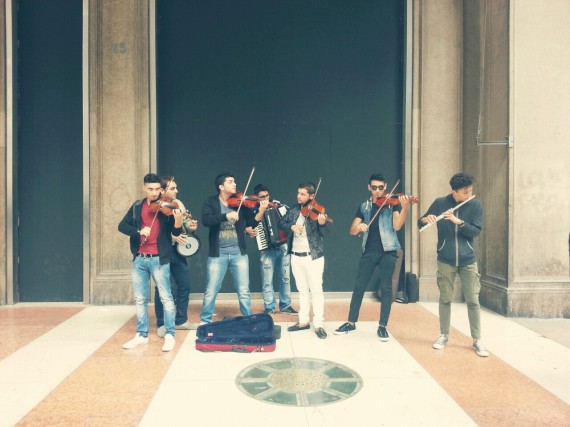 One of the most interesting things is street music! The genre was various that there were classic to modern, east to west. This is the Indian music that was so exotic! It was the first time for me! The boys played classical string instruments and actually played the modern music like pop songs. They grabbed my attention for a long time. 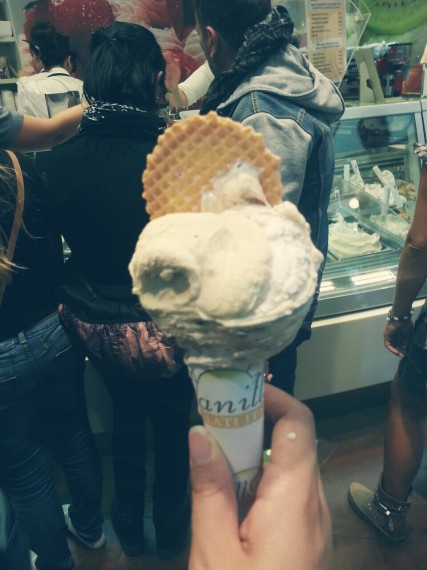 We also had the best gelato ever while in Italy. We found a shop on a whim; however, it was one of the best shops in Milano! We were soooooo lucky!

For the tourist spots, we’ve been to the Duomo Church (which means the largest church in each village in Italy), the mall, castle, and the museum where ‘the Last Supper’ is. 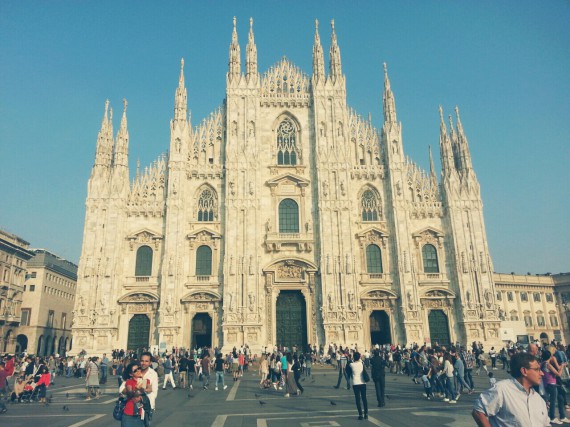 Duomo in Milano was really huge and elaborate. It has many sharp roofs on the top that represent the power of god. 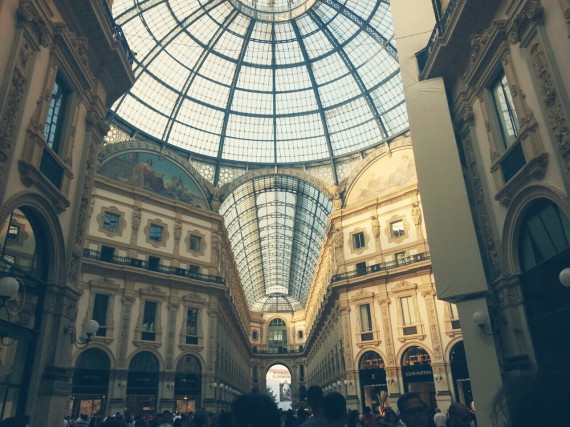 This mall is so large and historical!

The mall had enormous glass ceiling so that it seemed like I was in the street covered by glass. There are bunch of luxurious brands. The first Prada is in this mall, too. 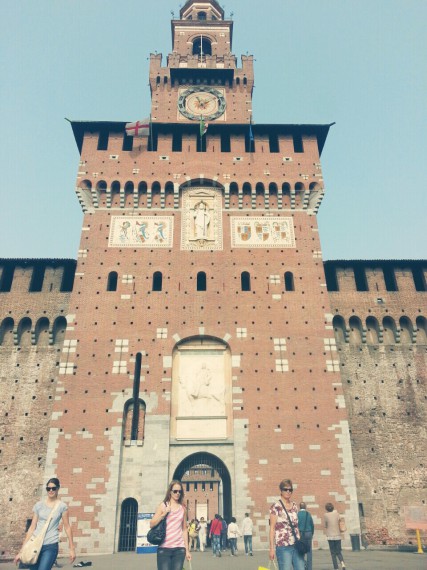 The castle was also very huge that I could not even look around all the building. There were tracks of war such as broken buildings and shell stones around the castle.

I loved being at Milano! I hope to go to many new places to feel Italian atmosphere and so on!