Oktoberfest, Ein Prosit (I Salute You) 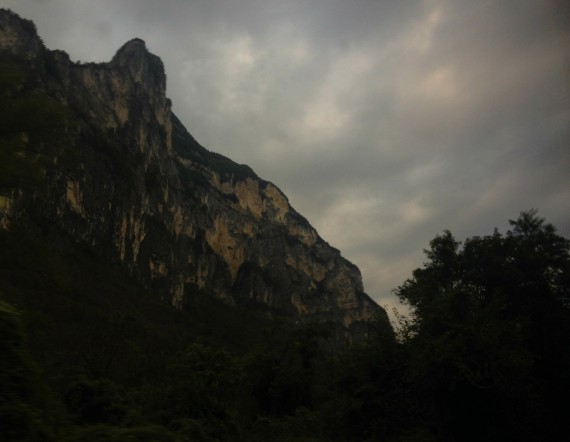 mountain faces consumed the sky as it turned to a ripe shade of peach. Some mountains nursed little towns at their feet that appeared as flickering moats of streetlights and red roof tiles. These mountains led our bus through northern Italy and into Germany; we were on our way to Oktoberfest.

For most of my childhood, parts of my house were dedicated to das boots and traditional beer steins that my dad had collected throughout his travels in Germany for business. As a child, I loved how fun and cultural they looked above our bar at home. They matched perfectly with the intricate wood-carved cuckoo clock, a symbol of the Black Forest region of Germany, which hung on the wall. This bus ride was full of excitement and anticipation as we moved closer to the place from where these odd artifacts, reminiscent of my childhood, originated. 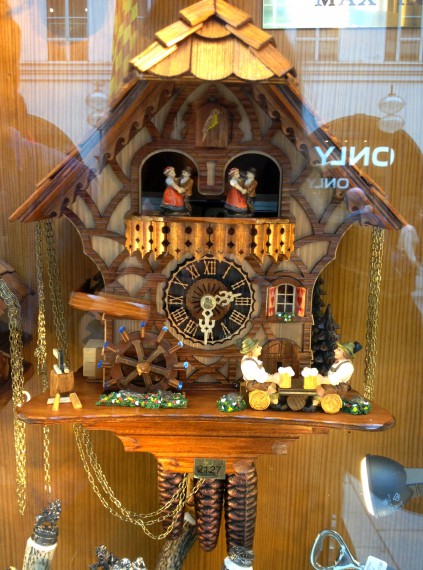 I know you all are probably familiar with the popular epigram, “Anything that can go wrong will go wrong.”

This past weekend at Oktoberfest in Munich, I faced some difficult travel challenges that really put my resilience and my problem-solving skills to the test. However, I am proud to announce that I’m writing this post from the comfort of the CIMBA campus and not some cold bench in the middle of Munich. I made it home.

I won’t go into too many of the details, but I’ll give you a brief summary of my weekend.

After splitting up from my bus-mates, I faced the challenge of navigating a new city in a new country where I didn’t know a single word of the language (except ein beir bitte, one beer please, thanks to my dad) at 1:00 a.m. by myself with no access to wifi, thus no way to contact anyone. Although I’m sure it was mostly by luck, I found them.

The next day at Oktoberfest, I was separated from my small group of three when entering a tent. I waited inside the Augustiner Festhalle for a while and made new German friends who were so supportive and welcoming. They taught me all about the festival and about Germany; all the greatest places to see, all the best beers to sample, and a few festive Oktoberfest songs including “Ein Prosit,” meaning “I salute you,” that’s played every 15 minutes inside the tents. We listened to traditional German Oompah music. 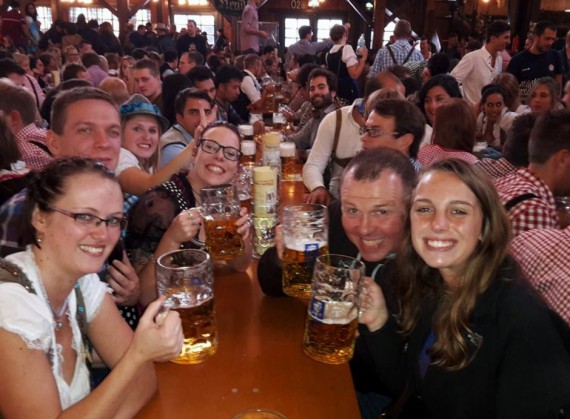 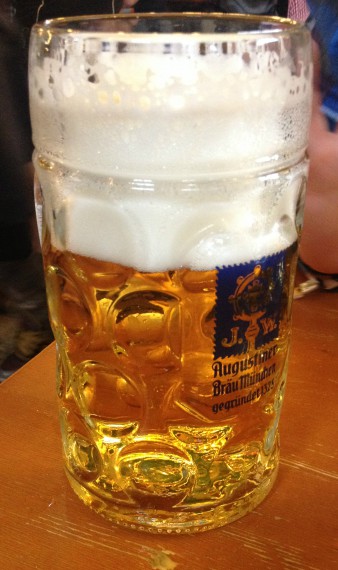 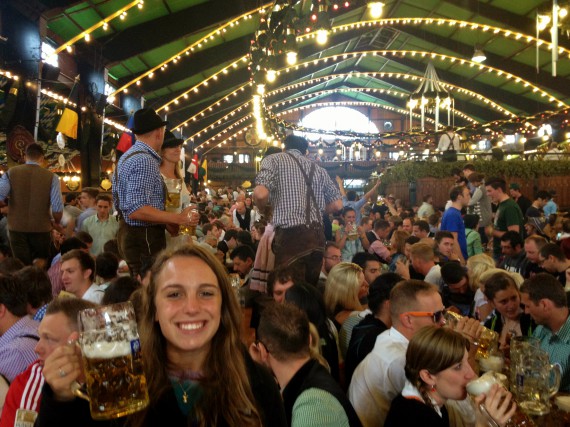 After hours of waiting, I supposed my group of friends must have not been able to get inside and moved on. With it getting closer to dark, I decided to leave my new German friends to go looking for my group, which is when the real adventure started. I figured that with 40+ CIMBA students roaming around Oktoberfest, I was bound to run into one. No. Oktoberfest is a BIG and CROWDED place for those of you who haven’t been, and I’m not using those words lightly. I decided to wait in a mosh pit of people outside one of the more popular tents at the festival, Hofbräu, hoping that some CIMBians meeting there at 8am would still be there (it was almost 7pm at this point). As luck would have it, after an hour of waiting and pushing, the second I made it to the front of the mosh pit, my original group walked out of Hofbräu, minus one person. Together, we waited outside another tent for about 45 minutes when we were invited inside by one of the servers. With the chaotic mess that is Oktoberfest at night, I was separated from my group immediately. AGAIN. At this point it’s dark outside and I’m alone with no way to contact anyone and not quite positive how to get back to the apartment where we were staying, but really not keen on the idea of wandering around in the dark in a small town on the outskirts of Munich hoping to find an apartment when my friends probably were not even there to let me in. I looked everywhere for my group. Pushing my way up and down every isle looking at every person at every table took over an hour. They were nowhere. Slight panic took over. In order to calm myself down I pushed my way to the bathroom to splash some water on my face. The line for the bathroom was outrageously long, which I’m very thankful for now. The girl in front of me in line turned around and introduced herself, Pas from Australia. She asked if I was having a great time to which I honestly replied, “not really.” She wanted to know the whole story and so I told her everything. At the end, she responded with, “Well, you don’t have a problem anymore; you’ll stay with me at my friend Paola’s apartment tonight.”

I was so thankful for Pas and Paola’s kindness. Paola gave me a hot shower and PJs to sleep in. In the morning, Pas took an hour train ride with me to the other side of Munich to find the apartment we stayed in and retrieve my things before I had to catch the bus back to Paderno.

I have no words to describe the amount of faith I have in humanity as a result of the goodwill of those two people. I guess all I can say is: Danke (Thank you).

Ultimately, this experience taught me a lot. I learned a lot about planning and backup planning. I learned that there are spectacular people in this world who are generous and kind to strangers for no reason at all. I learned a lot about Oktoberfest, German culture, and about German beer of course. In the end, I also learned that I have some pretty great navigation, survival skills, resilience, and when it comes down to it: I’m really lucky.