Between Point A and Point B

My study abroad experience has been the most rewarding experience of my entire life, but in many ways it’s also been the most stressful (somehow I think these two things are related). For the past couple of months at CIMBA, I’ve traveled to a new place every single weekend, which has been a dream come true, but it also has a dark side. What little free time I have is filled with planning and booking and discussion and different travel crises, one after the other. With all the time spent planning during the week and the packing and the preliminary loads of laundry, I use the last of my energy to sprint to the taxi the second my last class ends on Friday. You could say I test my limits here constantly. By the time the train begins to roll out of the station, I’m more concerned about leaving Point A behind and taking a quick power nap before arriving in Point B.

In the U.S., I frequently wonder as I drive what I’m passing by every day. I like to take my time on road trips, stopping in new towns if there’s an enticing sign for a cool attraction. Here in Italy, we’re constantly going, trying to maximize our time in Point B because we only have about 40 hours until we have to board our train back to Paderno del Grappa. 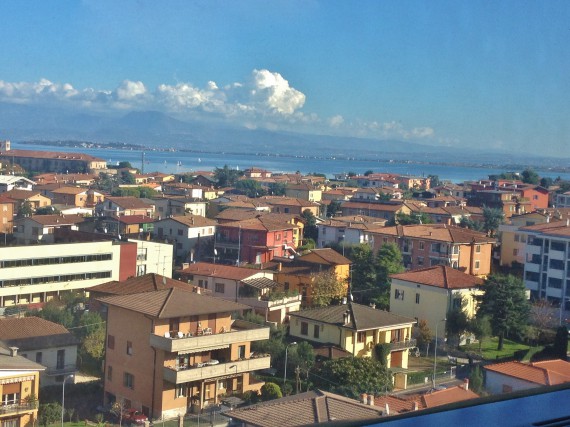 My view of Lake Garda on the train from Milan to Padova.

Among my friends I’m known for my incredible ability to power nap in any place and any position possible, but through my train travels I’ve been noticing when I open my eyes for the occasional bump or ticket-checking man that there are many beautiful things outside the windows on my way to Point B that I miss when my eyes are closed. At the end of Week 9 on my way back from spending the weekend in Milan, I decided to spend a 3 hour train layover in a little known place that falls between Paderno del Grappa and most other popular Italian cities: Padova (Padua in English).

Definitely not a main tourist destination, Padova is really only know for it’s university, which is one of the oldest in the world and the second oldest in Italy. Galileo lectured there! It’s also known as the setting of most of Shakespeare’s Taming of the Shrew! These atttributes, while interesting, don’t attract very much in the way of tourism. Still, having only spent three hours there, I think Padova has made my list of favorite Italian cities.

On a Sunday afternoon, Padova was full of life in the best way (not metropolitan, but definitely very populated). I walked through the Giardini dell’Arena (gardens) where so many couples of all ages walked or sat on benches and enjoyed sun and the Bacchiglione River. I visited the Cappella degli Scrovegni, a chapel popular for its frescoes by Giotto who’s known for having painted a perfect circle without using a compass to demonstrate his skill for the Pope. People gathered for lunch around the Palazzo della Ragione, a building known for having the largest roof unsupported by columns in Europe.

Throughout Padova, there were so many local people out and about. They walked with their loved ones, sat on the steps of the historic buildings people watching, enjoyed food with their families at the outdoor seating areas for restaurants, watched as their children ran around chasing the pigeons, and they stopped to listen to a street musician play Don’t Worry Be Happy, even singing along with him. There was a giant farmer’s market open that, unlike so many I’d seen in Italy, had tents run by actual young (emphasis on the “young”) artisans and farmers, who were selling their own genuine creations ranging from pastries and sausages to soaps and bottled spices. I had to get an authentic Sicilian cannoli while I was there and it was the tastiest cannoli I’d ever had. There were no big city con men there selling fake Gucci bags or silly cheap, Chinese-made toys. No graffiti or trash. Just happy Italian people enjoying their lives.

While I was there I felt like I was able to get a true taste of the Northern Italian culture. I walked by the beautiful, weekend-abandoned office buildings and sensed how productive the city is in comparison to any other Italian city I’ve visited. After only three hours there, I decided that Padova is one of the only places in Italy I can see myself living and raising a family if I were ever to move to Italy in the future.

If I had such a great day from a simple decision to take a later train back to Paderno del Grappa and spend time in a not so well-known city, it makes me think about how many places we pass by each day without giving them a second thought and how much more fulfilled our lives would be if we stop to explore new places along the way from Point A to Point B. 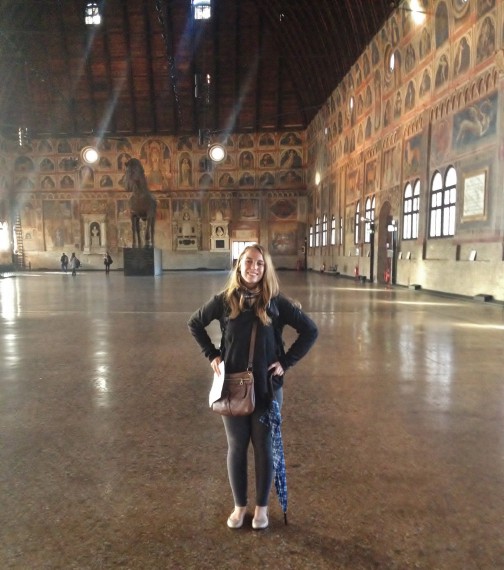 Inside the Palazzo della Ragione admiring all the frescoes 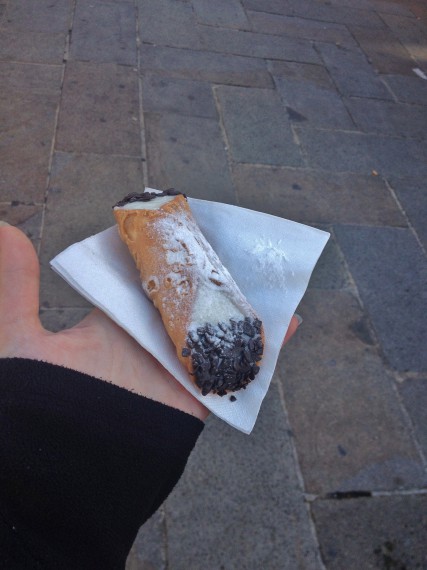 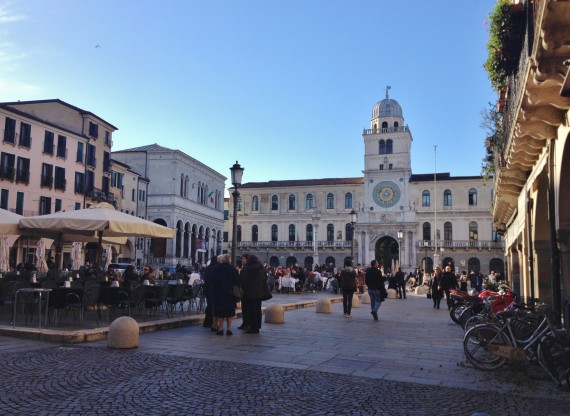 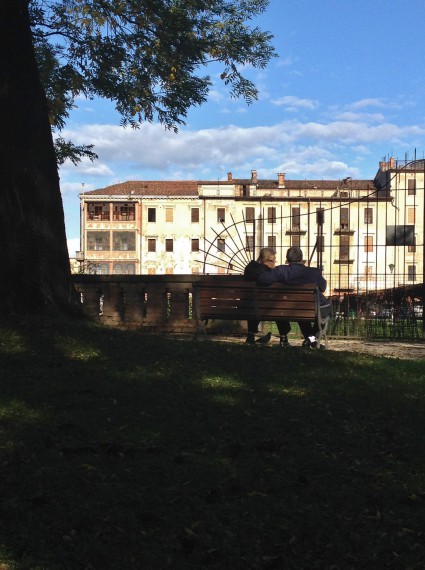