A Day in the Life: Paderno del Grappa 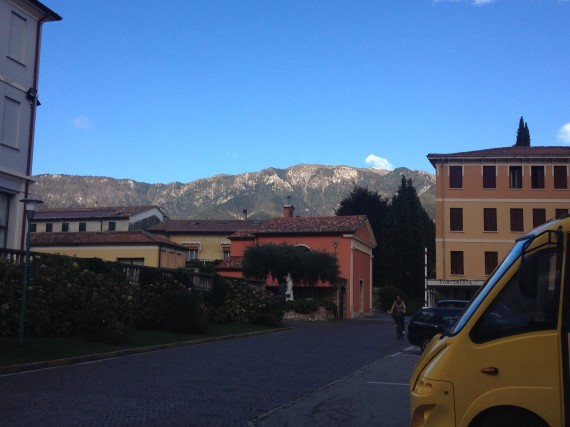 The view from campus in Paderno del Grappa 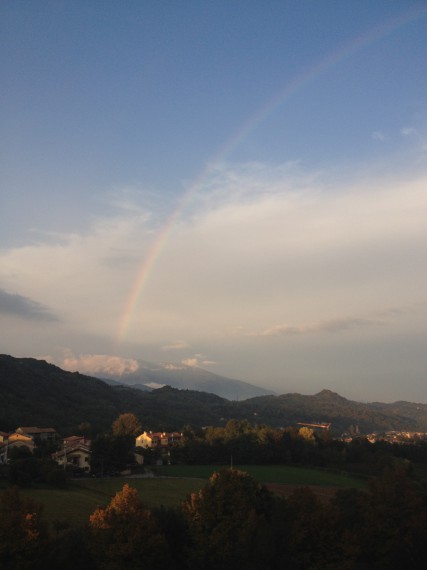 The beautiful view of Paderno del Grappa from my room 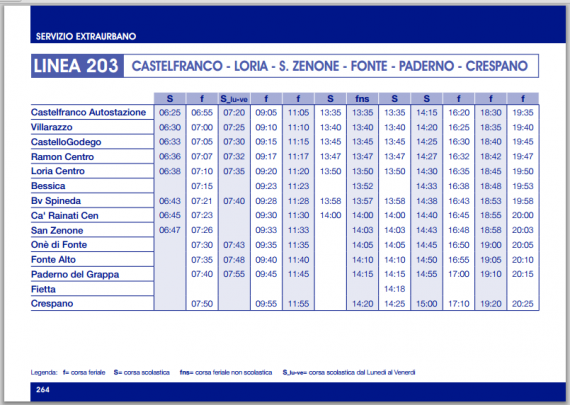 If you can look at this bus schedule an immediately understand it then good for you, but I’m telling you it’s difficult. 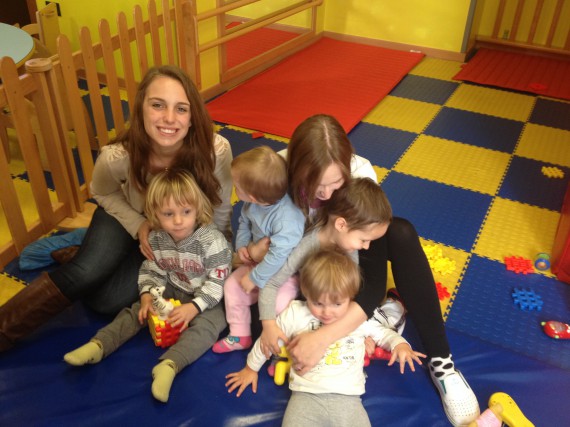 Volunteering with the Italian preschool children in Crespano. 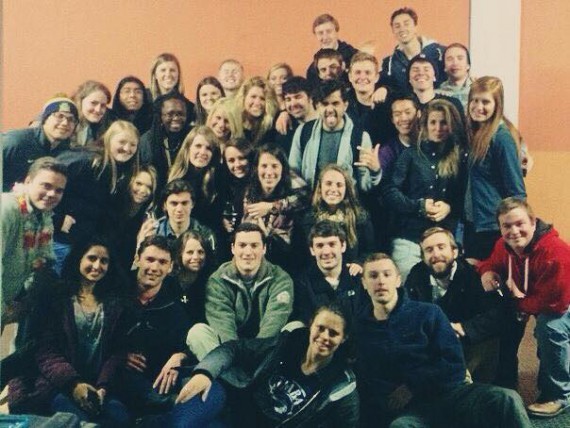 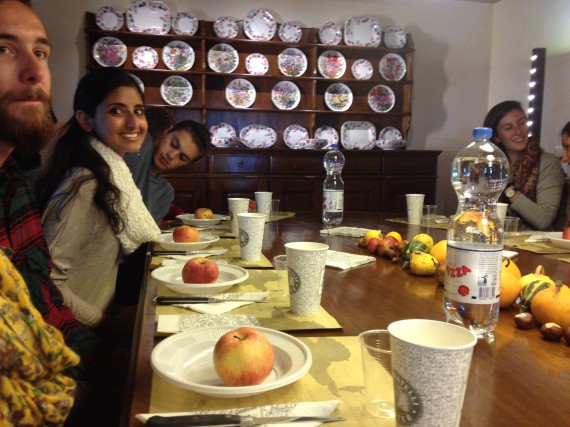 Gathered around the table to learn about olive oil tasting 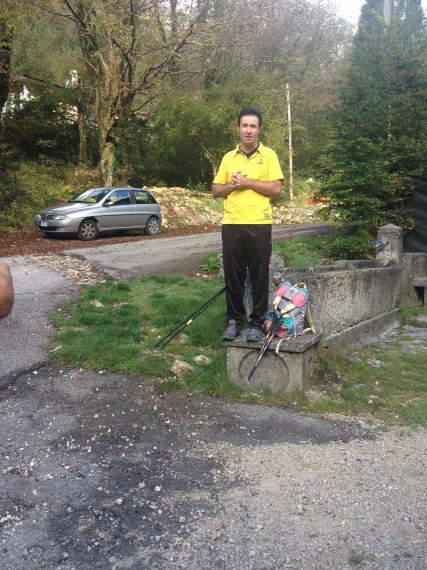 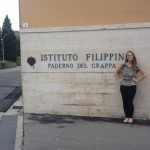 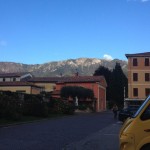 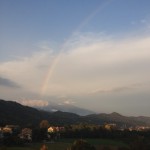 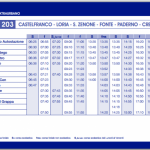 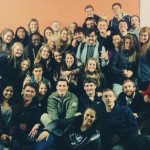 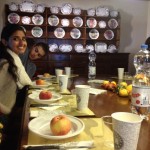 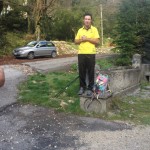 The CIMBA campus is based in a small town called Paderno del Grappa in the Treviso region of Italy at a small Italian private school, Istituti Filippin. Located, as the name would suggest, at the base of Mt. Grappa, part of the Dolomites (foothills to the Alps), the students of CIMBA can enjoy a mountainous skyline from their dorm rooms.

Before arriving at the CIMBA campus, I knew the town of Paderno was small, but I had no idea just how small it was, which was both a benefit and a challenge for us.

There are only about 2,000 residents in the town of Paderno, meaning there is only one of everything nearby. We had one pizza place we went to, Al Sole, one cafe, one bakery, etc. It brought all of us so much closer together than if we were studying in Rome or Florence where there are myriad options for food and entertainment. During the week, we did everything together like a family. I got to know every one of my fellow CIMBians on a deeper level than I know most of my friends from home because of our small town living situation (and because we bonded over LIFE in the first week).

Living in such a small town made it possible for us to do things that other study abroad programs wouldn’t be able to do. One of the best perks was being able to eat dinner with a local Italian family in their home. In a program called Add a Seat to the Table, CIMBA students were picked up by families of students attending Istituti Filippin and served home-made Italian meals that most times lasted upwards of three hours because Italians like to take their time eating each course and talking a lot in between. It was so cool to see how an Italian family compared to mine and hearing from other CIMBians how their experiences with their Italian families compared to their own in the U.S. So many students felt adopted by Italians in a way after that night!

The next towns on either side were only a 10 to 20 minute walk from campus, which made exploring small town Italy fun and easy. Crespano del Grappa had a great little market on Sundays and there was a pizza place that stayed open later than our normal place and delivered to campus, which was perfect after long weekends spent travelling! Fietta had one of the best little bakeries and Castelcucco had the best gelateria! Also close by was the beautifully quaint town of Asolo that has a lot of great restaurants and a lot of history, where we went olive picking and olive oil tasting with some of the administrators of CIMBA. I learned so much about olive oil that day and the view from the olive grove was beautiful!

Many students also had the opportunity to volunteer with younger children on campus and in the nearby town of Crespano. I was lucky enough to spend part  of my day with the cutest Italian preschoolers. I tried to teach them “Twinkle, Twinkle Little Star,” which didn’t go over that well.

Being from such a small program in a small town allowed us to grow close to our professors as well. Maria, my international finance professor, took all 40 of her students to the pizza place down the street and bought us all pizza. She’s a saint! Simone, a local and my professor of operations management, led us all on hiking trips up Mt. Grappa, one of his favorite pastimes.

Since Paderno is so small, I think I got a better grasp of the Italian language as well. Because the town is so small, along with the small surrounding towns of Fietta, Crespano, and Bassano, there weren’t many people, except those immediately surrounding the campus, who were able to speak English. The entire surrounding area was inhabited by small-town locals who never learned nor had any need to learn English. I loved going to the Tabacchi (tobacco shop where you can get other small items and food) where I spoke to Diego in Italian and going to the cafe where I practiced my Italian with Alessandra. I also practiced Italian a lot from riding in cabs with Fabio and Flavio, our regular Italian cab drivers, which brings me to my next point.

Traveling from Paderno del Grappa to anywhere was a huge challenge. The closest train stations were in Bassano (15 minutes from campus by cab and 30 by bus) and Castelfranco (30 minutes by cab and an hour by bus). In order to get to the trains to begin your journey it was almost necessary to take a cab because the buses through Paderno weren’t always reliable and didn’t usually run at the times you needed them. That’s beside the fact that Italian bus schedules are difficult even for Italians to read. Being that train transportation was less accessible to us than to students in big cities made our weekend travels that much more difficult. The Treviso and Marco Polo airports in Venice were both an hour by cab from campus and even farther by train (though much cheaper) because of the stops and the shuttle at the end. It never made sense time wise to take buses so we spent a lot of money on cabs. The lowest amount of effort travelling was if we were lucky, we could catch the bus after class to the train station in Bassano and take the regional train to Venice and the shuttle to the airport or the high-speed train to some other destination.

Ultimately, the fact that transportation was less accessible to me, making me work harder and travel farther to get places, made the experience that much more significant. I can honestly say the experience would not have had the same impact had I chosen to attend a study abroad program based in a larger, more urban location. I loved Paderno del Grappa! It’s one more place that I can call “home!”