Plenty of Cooking, Culture, and Community

There’s nothing like catching up after a week away, and that’s what this week has been all about. A lot of my time was spent going to class, doing homework, attending LEAP seminars, and studying for midterms, but we also had time to have some fun as well.

One evening this week we had the chance to have a night out with a professor. I signed up for the pasta making, and it was so interesting. We went to a restaurant close to Paderno where we met the owner who told us that this was his parents’ restaurant and he began working here as soon as he could cut potatoes. All of the pasta that they serve at the restaurant is handmade and we had the chance to watch him roll out the pasta, fold it, and cut it. It was quite interesting to see how the pasta was made and I definitely plan on trying it when I get home! He then made a sauce to go with the pasta and cooked the noodles which only took two minutes since they were so fresh. 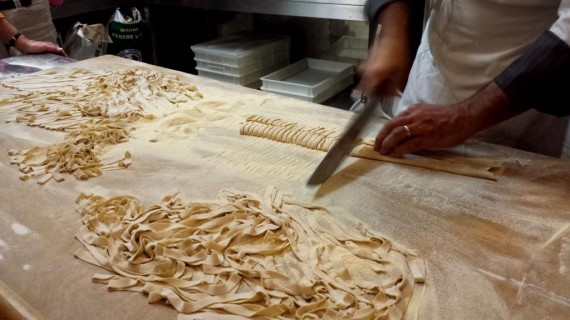 After the pasta we had the chance to see how gnocchi is made, and each person had the chance to cut their own pieces. We then had the chance to try the food and it was delicious! The first half of the month the restaurant has a special where you can try four different kinds of pasta for 10 euro, so we are definitely planning on going next month. The evening was such a fun time and it was good to interact with the locals and see a part of their life. 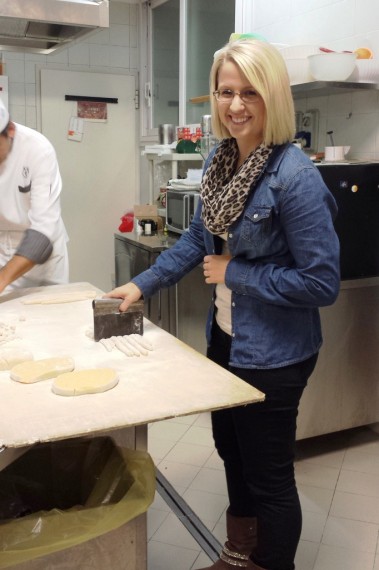 Another event that we had the chance to sign up for this week was Add a Seat to the Table. This is an event where CIMBA students go home with one of the Italian high school who studies on our campus for dinner with their family. My student was Sofia and her mom actually owns the hotel in Paderno so I had the chance to see their home and have dinner. I stayed there for a while that night talking to Sofia and her friend, Luca, about the differences between our schools, music, language, and a lot in between. It was such an amazing experience and I am so glad I took the opportunity, as I had the chance to learn more about the local culture. We talked about meeting up again or going out to eat another night and it is so nice to know people from community who I will see during my remaining time in Paderno.

On Saturday a group of us went to Padova which is a larger university town an hour away. Upon arriving we went down to the main square, which is said to be the largest city square in all of Europe, where there was a large market.

After walking around the market we then went to St. Anthony’s Basilica which was very interesting. This basilica is technically part of the Vatican so you are no longer in Italy when you step through the gates. The basilica was gorgeous and there is a large memorial around St. Anthony’s tomb. There are people who come from all over the world to pray at his tomb and many leave pictures, flowers, or other mementos. They also have a chapel dedicated to him where they have his tongue, vocal chords, and jaw on display. When they exhumed his casket to move it, these were the only things remaining, which is incredible as he was known for being a great orator. After the basilica we wandered around the town for a bit before returning to Paderno where we had a relaxing night. 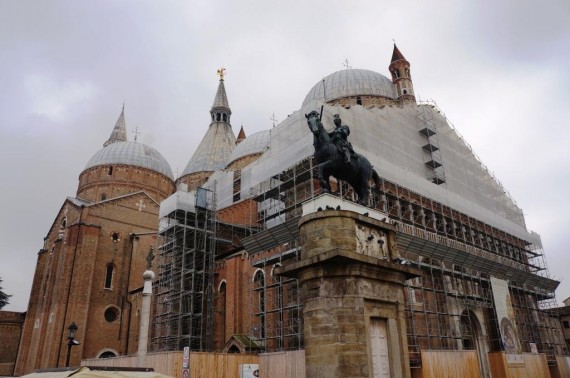 I finished the week by volunteering with other CIMBA students and professors where we helped clean up trash around Paderno. We did this with young community members from Paderno which made it a lot of fun, and it was good to get out and help in the community where we are staying. 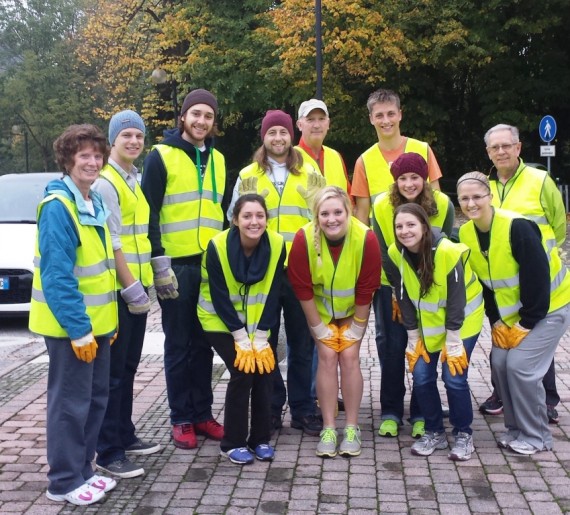 This was such a good week, because even though we were not traveling all around Europe we really had a chance to experience the local community and the Italian culture which is something we haven’t had the chance to do too much until now. Now onto the next week where I will be spending my long weekend in Barcelona!

Tags: add a seat to the table, authentic italy, date with a professor, padova