Well this week as been an emotional roller coaster to say the least. The week began with classes and a discussion about the LIFE seminar we attended last week. It also was the  start of LEAP, which is a semester long program where we work one-on-one with a coach to develop goals for ourselves, get to know how we think, and figure out what our strengths and weaknesses are. Then on Wednesday I woke up receiving a call from home to tell me that someone very close to our family had died in a car accident. This made the week difficult and it was really hard to get through, but it made me realize how close everyone here at CIMBA has gotten and that I can trust them and rely on them when I needed it most. Since it was my birthday that night we went out for gelato in Crespano which was good as always, and we met an interesting Italian man who told us all about his life. We practiced some of the Italian we have been learning with him and he was practicing his English with us.

The majority of the CIMBA students left on Friday evening for Munich, Germany to attend the Oktoberfest celebration. However, myself and a few others decided to stay back and visit local Italian cities. We began on Friday night when we went to Bassano del Grappa for dinner. We walked around the city, looking at all of the various shops. We then ate at a local pizzeria where I had the four cheese pizza, which was delicious! After eating we stopped and got gelato before wandering around the city, taking in the sights. 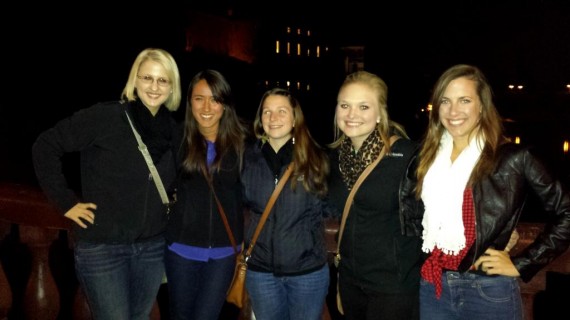 Up bright and early on Saturday we had planned to go to Verona for the day so we took the bus to Bassano and found out that the train didn’t leave for an hour. So although we walked around Bassano the previous night we decided to take a look around again. We found that they had a large market with many different things to look at and shop for. We could have spent much more time at the market but our train was leaving for Verona so we went back to the station and were on our way. 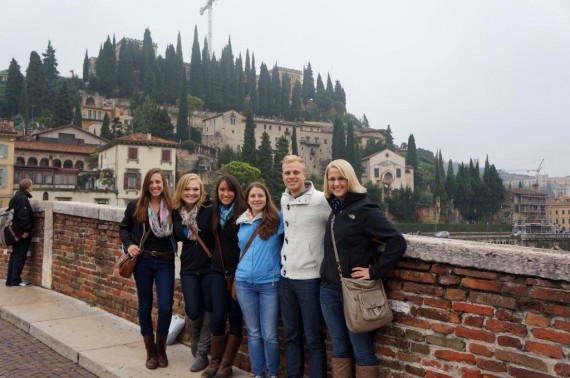 Upon arriving in Verona we didn’t really have a plan of where we wanted to go or what we wanted to see. Therefore, we headed in the direction of the city center and started walking to see what we would find. We came upon the older part of town and it was absolutely stunning. The buildings are all so old and ornately decorated, and there is a large Roman theatre in the center of town. This theatre is one of the most well preserved theatres in the world which was really neat to see. We sat to eat lunch at one of the cafes in the square before adventuring off into the town. The first place we visited was Juliet’s House which is said to be the place where the story of Romeo and Juliet came about. I have seen her balcony and this area in movies before but it was incredible to be there and see it in person. 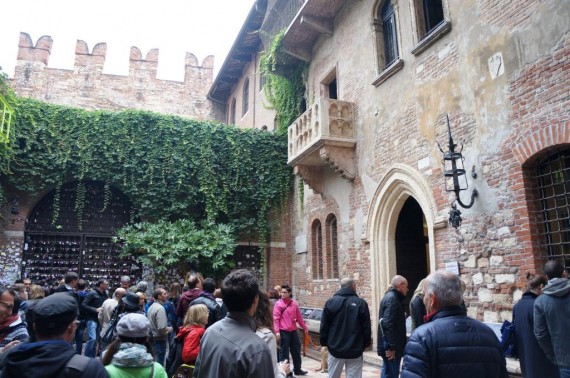 Our group then continued wandering the city and came across lots of shopping, a market, and a castle which we walked through the gardens. After a long day in Verona we decided we should head back to the station to catch our train so off we went. However, at the station is where we messed up. We were waiting for our train on the platform and we thought it may have come a few minutes early so we got on and asked if it stopped where we needed to go and someone said yes. Even though this train did stop there, it was not our train. When the conductor came to check tickets he told us we were not supposed to be on this train and therefore had to pay him 20€ each as a fine. While we did not know, that’s how it is so we got off at our stop and caught what was supposed to be our next train.

Again, somehow we ended up on the wrong train and it took us to Venice where we had to buy another ticket to finally get back to Bassano. Although this made the day longer than we planned, it was quite an experience and we have learned to triple check any train we will be getting on in the future!