Italy and a Taste of Spain

It’s hard to believe another week has come and gone already. As usual our week was filled with lots to do and places to go! On Monday night we had the expatriate panel, where CIMBA brings in individuals who have worked outside of their home country to speak about their experiences and answer any questions. The three individuals who came to speak were incredible and have had some amazing experiences traveling around the world for work. It was so interesting and really inspiring to hear them talk about how they got to where they are today, and have them tell us that if we think we can do the same then we will.

This week there have been advisors here from several universities in the States to learn more about CIMBA and see where they are sending their students. So on Tuesday I was part of the student panel to talk about my experiences so far and answer any questions that they had. It was interesting talking to all of the advisors throughout the week and it is fun to share our experiences with them.

That night we had our second formal dinner, which was another amazing evening. The dinner started out with a wide variety of appetizers we could try, all of which were delicious! We then had risotto and a crepe-like dish for our first course. The second course was veal and seasonal vegetables, and we finished off with an amazing dessert! These dinners are so much fun because it is a time to get off of campus and still be together as a whole group. By the end of the night everyone was so full and went to bed as soon as we returned. 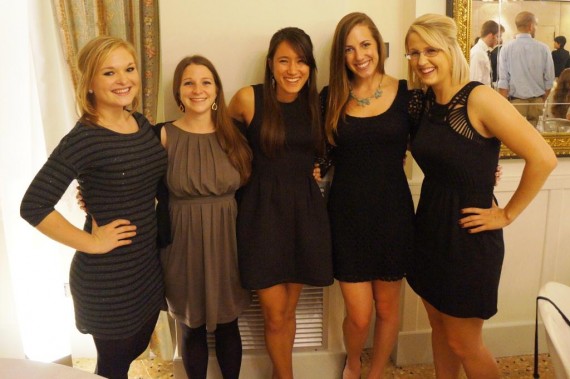 Girls at the Formal Dinner

The last part of the week was spent taking exams before we headed off on our first travel weekend to Barcelona! Five friends and I headed out after class on Thursday, which was Halloween, and flew into Barcelona that night. We walked around and saw plenty of people dressed up which was interesting because in Italy we have not seen any Halloween decorations anywhere, as it is not a commonly celebrated holiday. 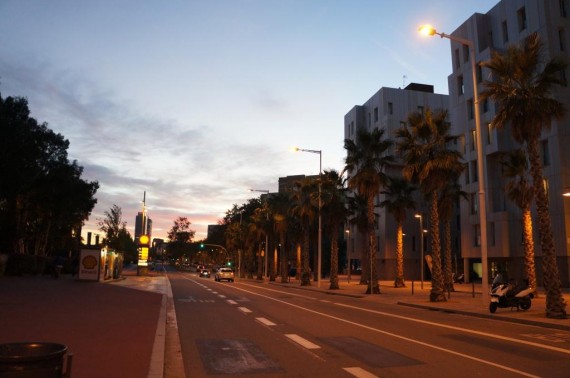 The next morning we woke up and went on a free walking tour through our hostel which took us all around the older part of Barcelona. Our tour guide was awesome and we went through the entire history of Barcelona, which made our stay so much more interesting. That night at the hostel we learned how to make paella which is a traditional Spanish dish made in a large shallow pan with rice, meat, and vegetables. We had so much fun and this is something I will definitely be trying to make this at home! 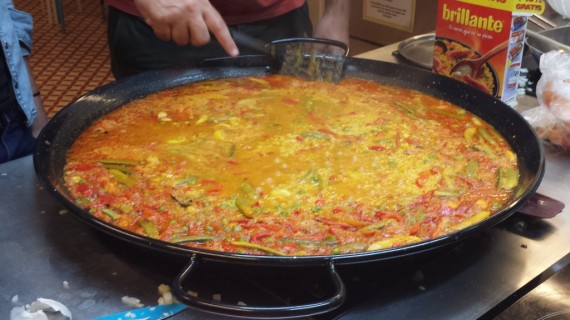 We spent the next day taking in the architecture and culture of Barcelona. To start we went to various buildings designed by Antoni Gaudí, a famous Spanish architect. We went to Parc Güell, La Pedrera, Casa Batlló, and La Sagrada Familia. 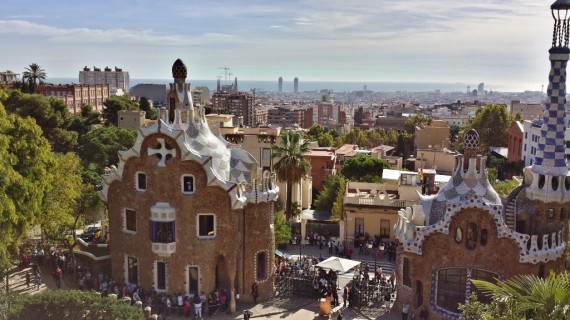 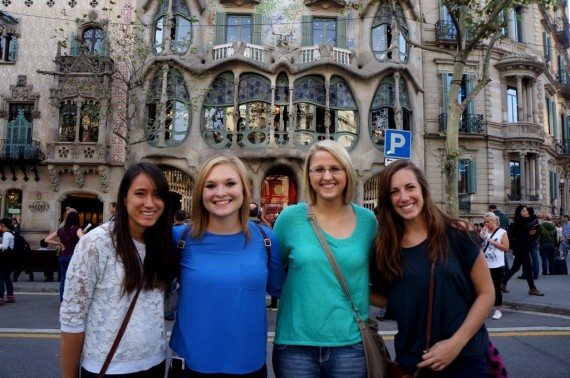 Next we wandered down Las Ramblas, a famous shopping district where we also went to La Boqueria. This is a market with any type of food you could imagine! 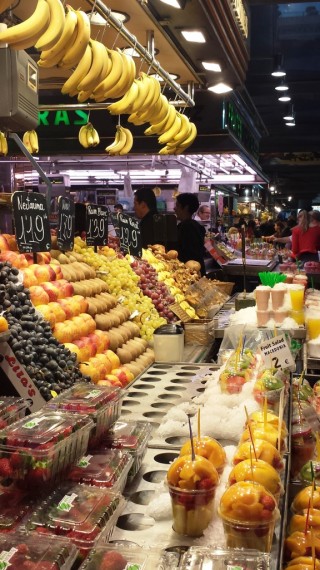 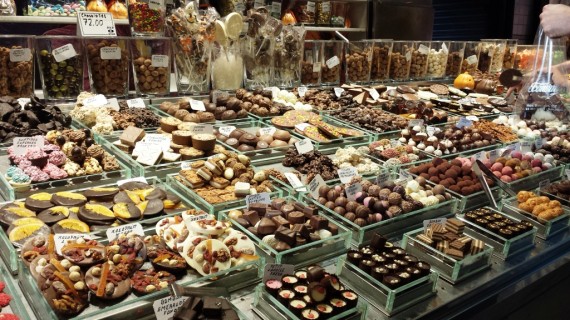 That afternoon we also spent time on the pier, walking down the boardwalk, and made it to the beach just in time for sunset. It was the most amazing sunset I have ever seen and the weather was perfect. 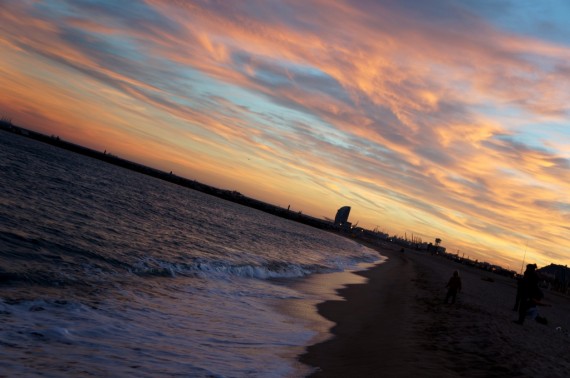 For our last night in Barcelona we went to the Magic Fountain and had a traditional Spanish meal that consisted of tapas, paella, and sangria. 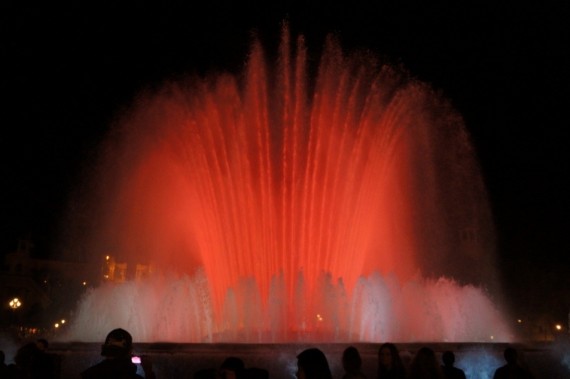 It was the perfect ending to a wonderful weekend in Barcelona. Now it’s back to speaking Italian instead of Spanish!