Doesn't Get Much Better than This

Well this week has been a whirlwind of activities and traveling. The week began by having classes on Monday and Tuesday. Then on Tuesday afternoon my group began LIFE, the leadership seminar that is part of the CIMBA program. This experience is something that is about impossible to explain because of everything we did over those two and a half days. However, I found a quote that explains it pretty well – “if it doesn’t challenge you, it doesn’t change you.” It was an exhausting, emotional, nerve-racking, and exciting couple of days where we went nonstop from 7 am until 1 am, but it was so worth it! We learned so much about ourselves and really looked at goals and tools we can use for the future in order to become an effective leader. This experience is something that businesses are now utilizing to better their employees by giving them the necessary tools to take control of their life and become a leader. Multiple times throughout this process we were told of people who went through this in their 50’s or 60’s, only wishing they would have had the opportunity to do so when they were our age. I am so grateful to have had this experience and I know it is something I will take with me, long after leaving CIMBA. Through LIFE, everyone grew so much closer to one another and it really feels like we are becoming a big family here at CIMBA.

We graduated from LIFE on Thursday night and went back to classes on Friday, but at 5 o’clock on Friday a group of about 60 of us headed off on the bus for the weekend! We went to Cinque Terre which is composed of five small towns along the coast, known for how beautiful they are. When first beginning to research places to travel to while I was in Italy Cinque Terre quickly went to the top, and it definitely didn’t disappoint. We arrived to Riamaggiore, the first of the towns, late Friday night and went in search of our hostel which ended up being various apartments scattered throughout the city. Myself and eight other girls were shown to our hostel which meant hundreds of stairs we thought would never end. Although we were exhausted by the time we got to our rooms, we had an incredible view of the entire city. We settled in for the night as we wanted to be ready to go the next morning. 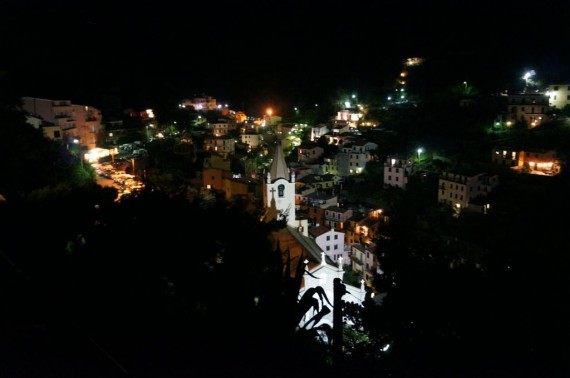 View from our room!

The five towns of Cinque Terre are connected by a hiking trail along the coast of the Ligurian Sea; however the trails between the first three were closed due to damage sustained in the 2011 mudslide. Since we couldn’t hike, a few of us decided to take the train to the next town, Manarola, and then visited Monterosso, which is the largest of the five towns and the only one with a beach. This was the town we spent a lot of time in, stopping for lunch, wandering through the shops, eating gelato, and taking lots of pictures. It felt like we were on a tropical island and the water was crystal clear. Many of the other students were laying on the beach or cliff diving off of the rocks, but my group decided to hike to the next town, Vernazza. It took us an hour and a half to reach the next town, but the views were breathtaking the entire way. While in Vernazza we wandered around the town and ate a small pizzeria before heading back to Riamaggiore for the night. We had an incredible day seeing each of the towns and taking in all the beauty – pictures just don’t do it justice.

While I really wanted to hike from Vernazza to Corniglia, the only town we hadn’t visited, we woke up to pouring rain. That meant the trails were closed and it was not the day to be outside. However, we were determined to hit all five of the towns so we bought ponchos and headed out in the rain. We spent time in Corniglia walking around and having some amazing hot chocolate, before then heading back to La Spezia where we were to meet the bus. By then it had stopped raining so we were able to find the other students, eat lunch, and may have had gelato yet again (: 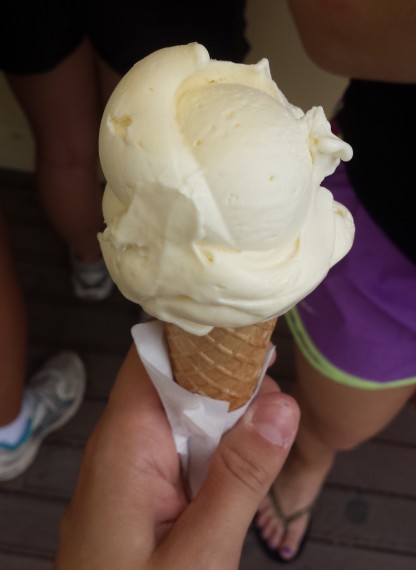 By the time everyone loaded up on the bus to head home we were all exhausted from a great weekend of traveling and everyone was ready to get back to Paderno. We had been told that Paderno would soon feel like home and although we may have been skeptical at the time, we now see how true it is. 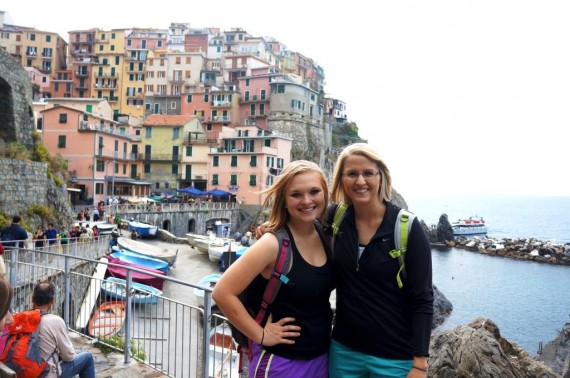 It is still crazy to me how everyone has become so close to one another after only knowing each other for two weeks. While hiking, my friends and I were talking about how we already know it is going to be hard to leave each other and the people will be what we miss most when we return home.