Feeling AND Being on Top of the World

This week was probably one of the most fast paced weeks since I have been studying here at Cimba. It’s so fascinating that in such a small town like Paderno Del Grappa, there are many surrounding towns that make this part of the Veneto region so beautiful. This week I visited a beautiful town called Asolo. Asolo is a town in the Veneto Region of Northern Italy. It is known as “The City of a Hundred Horizons” and I realized exactly why. 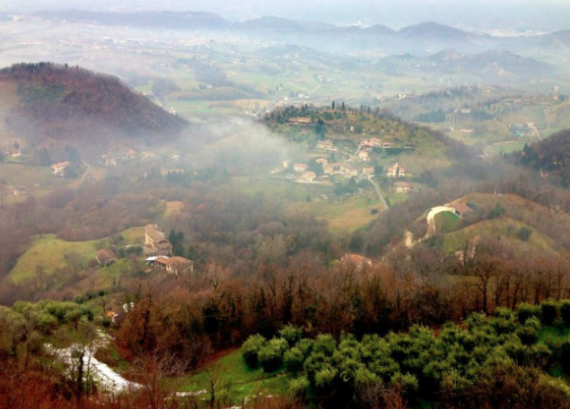 View from the top of the world

The Castle fortress in the Middle Ages that was home to Caterina Cornaro and her Renaissance court, modified several times over the years. The hike was long but so worth it once you made it all the way up there. The closest feeling to being on the top of the world would have been this very moment. It was one of the most memorable experiences I’ve had so far. 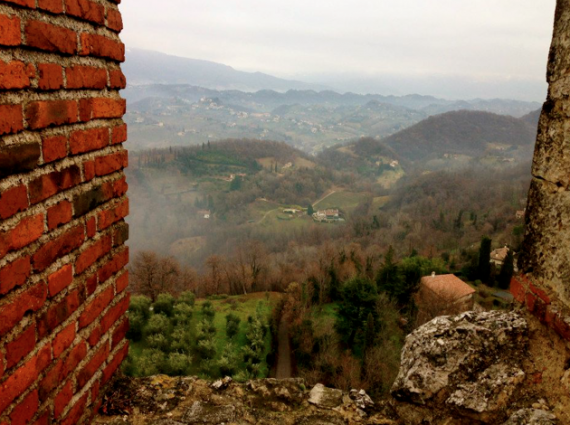 Another view from Castle 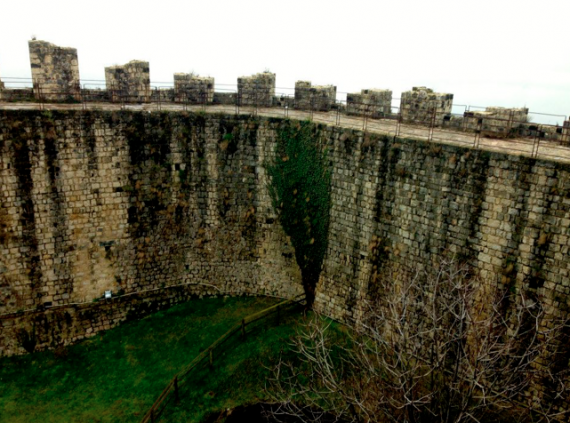 Its great location and wonderful climate made Asolo a population center right from prehistoric times and later a principal settlement for the Veneto people. 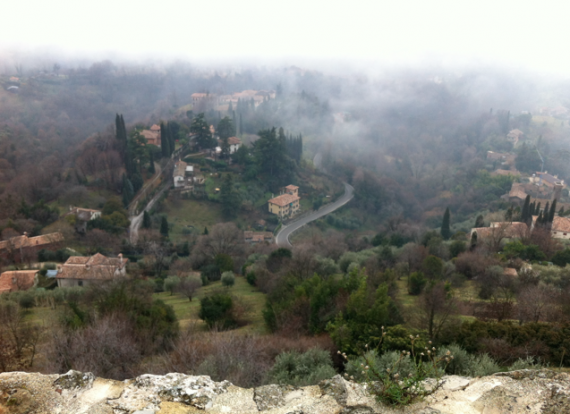 After Asolo, later on in the week, my friends and I went to a market in Crespano called the Piazza San Marco. It was such a beautiful Sunday morning, and we really wanted to experience what it was like to go to a flea market in Italy. It was better than I actually expected it to be. There were strips of sidewalks and pavements filled with people selling their goods, foods, and other homemade items. There were watches, oranges, coats, blankets, chicken legs, gelato, purses, fried calamari: you name it and it was there. The fruit looked so fresh and healthy, compared to the United States where everything seems to be processed. 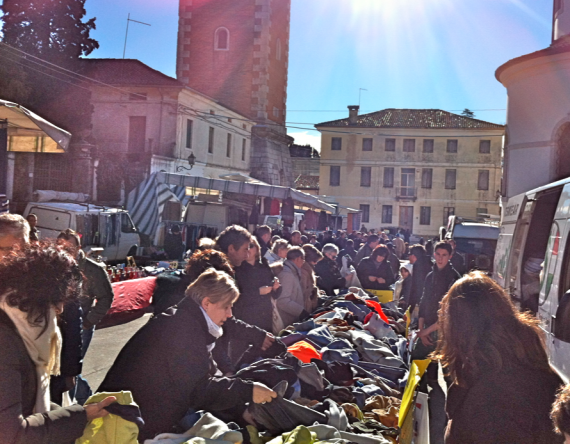 People shopping at the Market 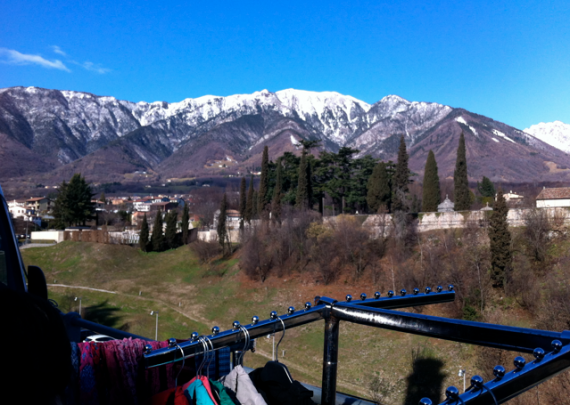 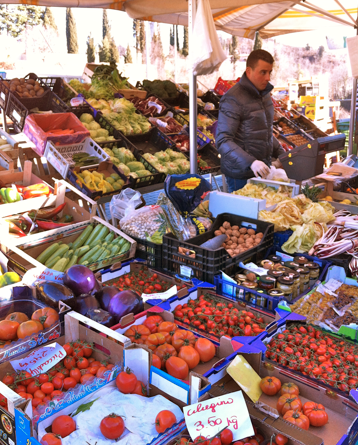 I loved to see how the markets were not just a shopping experience, but a nice family outing. Its not very often you see those gatherings anymore, especially with all the technology they have. Here, its just different. You aren’t as connected with the world, you can do whatever you want with whomever you want, and life just seems easier. Italy is such a wonderful country, all the people are so kind and makes me realize how important it is to really enjoy my time here. Everyone can agree that life moves way too fast, but here in Italy, each day brings a new adventure, great people to share it with, and time well spent. 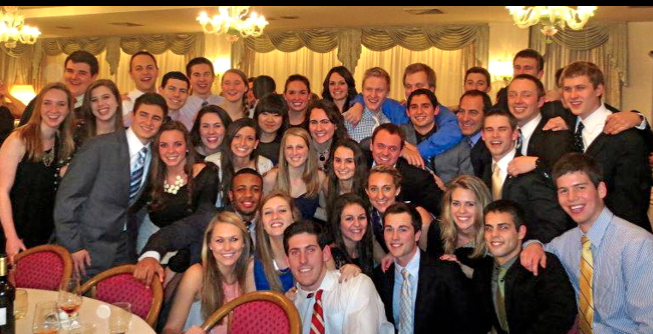 Some of us at the First Gourmet Dinner 🙂