This past week was wonderful insanity- also known as travel week! There were five of us to start and we slowly dwindled to 3. The luck of the Irish to start. 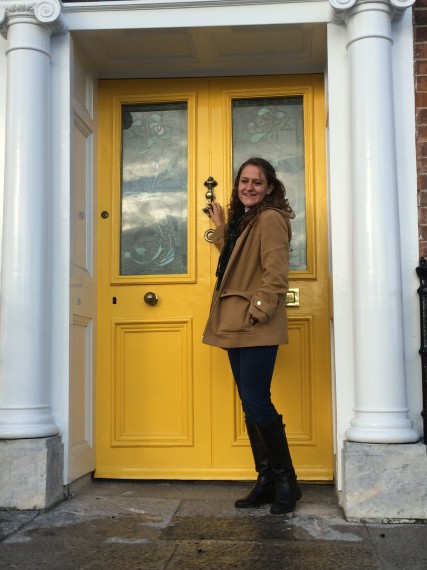 We landed in Dublin midafternoon on Saturday leaving school work and our cares behind (everything is true but for that second part). We were welcomed with a gloomy sky and crowds of protestors. Yep. WELCOME! The protestors were actually chanting phrases “no way we won’t pay” and “water is a right to life.” After some research the citizens of Ireland were protesting the additional water taxes that are (change might be coming) going to be implemented in 2015. I think that’s a pretty cool thing to witness. I mean that’s culture- right? So lunch was what was really on our minds. We filled our bellies and headed on to the Guinness Distillery. I had little to no knowledge about the beer manufacturing process and especially the history of Guinness in particular. Let me tell you, Ireland takes a lot of pride in their Guinness.  After passing some barrels that were stacked for decoration I heard a man say, “I would like on those for me garden!”. It was a really fun trip! Ireland is good to its tourists! 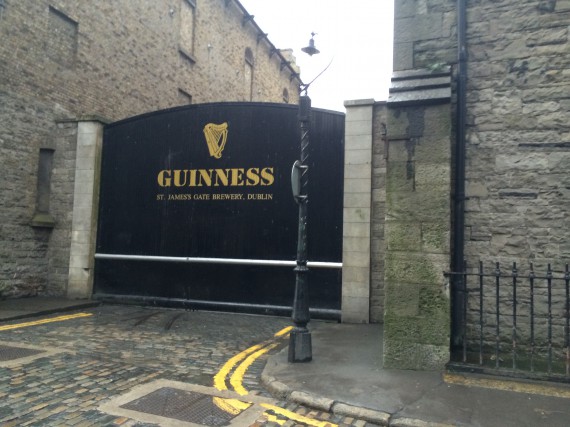 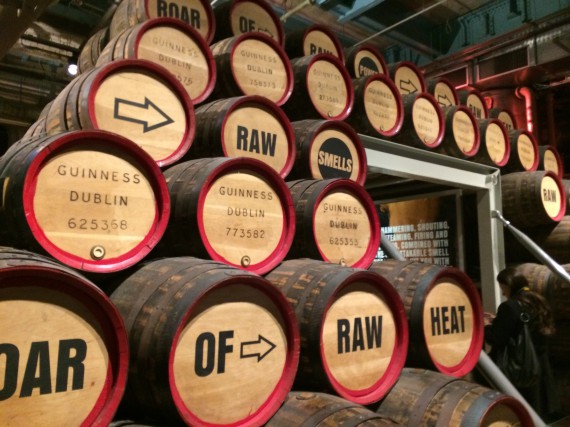 The next day we went on a bus tour to the Rock of Cashel and Blarney Castle. Unbelievable. All of it. The Rock of Cashel contains St. Patrick’s cross and, to me surprise- I mean my (their dialect is really rubbing off on me.) there were documents and photos of Queen Elizabeth’s visit. I had not expected to see that all. It was pretty amazing to be standing up on a hill that overlooked Irish farmland right next to the cross. The air was crisp and the sun perfectly hit our shoulders as we walked around to view different vantage points. These are the sort of photos you see in brochures. 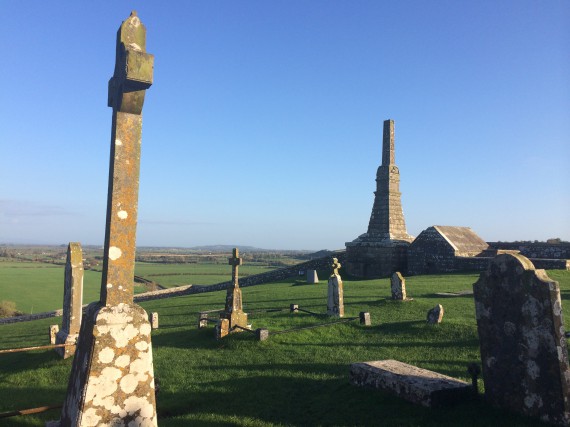 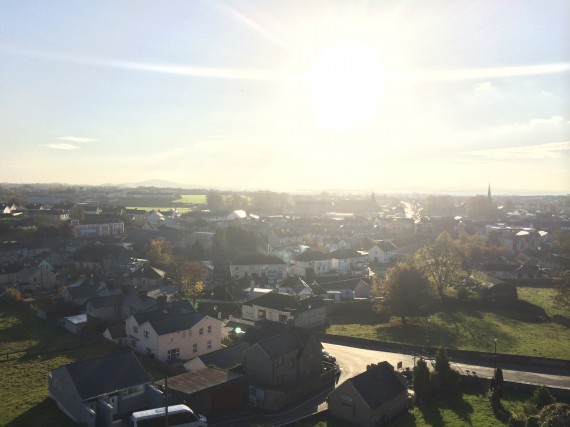 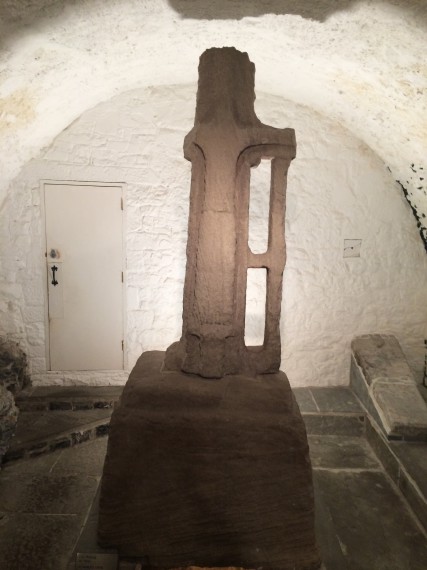 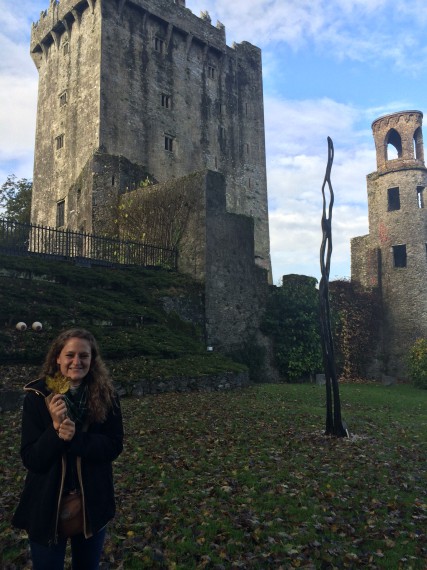 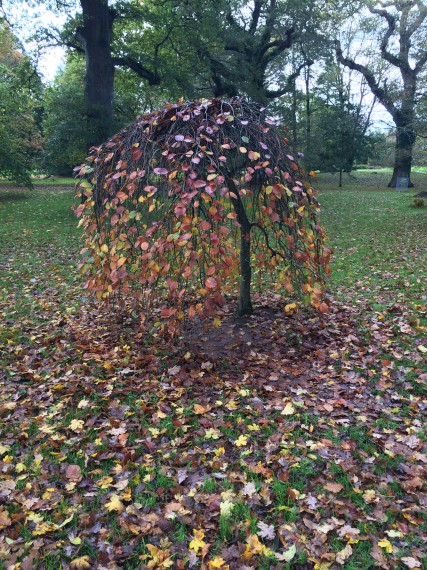 We walked up an extremely narrow passage to empty corridors and roofless rooms. The building was at this point just structural. Sam, Natalie, Taylor, Lindsey, and I made our way to the top to kiss the Blarney Stone. Normal right? I didn’t know this was a thing. I did it. It was cultural. (I think I’m starting to use this word as an excuse) You actually lie down on your back and lean over the edge of the floor and kiss the wall. We were told it grants you the gift of eloquence. The world just found itself 5 more sweet-talkers.

Another day, another tour!!! THE CLIFFS OF MOHR. I just had to jump to the good part…look at this!! 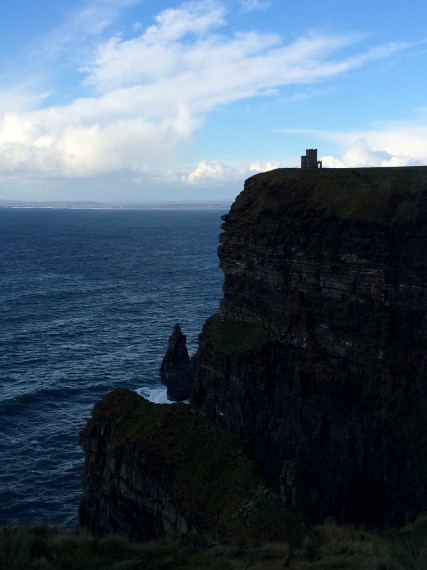 One of Taylor’s favorite memories from the trip was when we saw a dark cloud in the distance slowly drifting towards us. You could see the rain begin to fall into the ocean. We were of course in the middle of taking photos. Taylor exclaimed, “look at that!” and pointed. Suddenly a rush of people began to leave. As you can imagine the winds are pretty strong being so high up there. We decided that we could handle it…Lindsey was almost blown away! 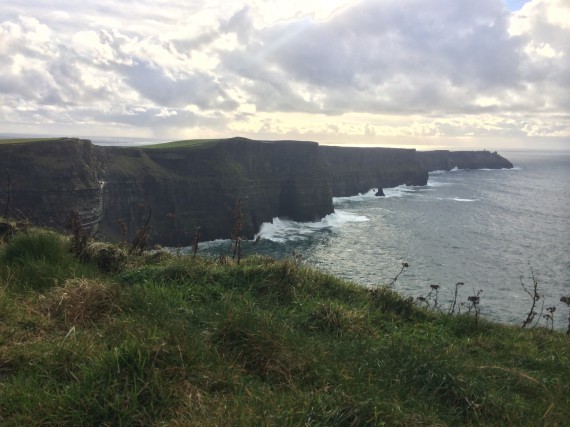 Second best part of the Cliffs of Mohr: cows. These were dare I say- nice looking? No, I take that back, that’s weird. They were….cute? I guess they just looked like Ireland to me. I couldn’t stop taking photos of them. The amount of scenic photos and cow photos I’ve taken are pretty comparable. 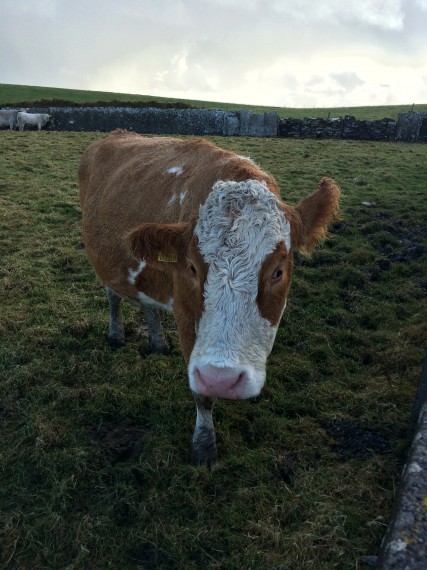 Ireland was incredible and the ability to speak English to natives was a gift I never realized that I had taken for granted.

From one English speaking country to another- off to London! Prior to arriving I had heard that the people in London wouldn’t be “excited” to have us. By far the friendliest country we’d visited. Our hostel was located right next to the tube. The tube is maybe the best transportation system I’d been on. The maps were so clear, the labels were correct and there was always an assistant at the gates. (You’ll understand the importance of this after I talk about Paris) Great city. The currency exchange on the other hand. 1 pound was 1.6 dollars! That was a sight for sore eyes. So in my classes, I am getting an education over here too by the way, we were talking about how London is the world economic capital. You could simply tell that by the way people dress. Men are in suits and women in blazers. It just felt like a productive city and I guess you could call it a big deal.

When it got dark, by that I mean at around 6  o’clock, we headed to Piccadilly Circus. I thought “New York!” when I stepped out of the metro…….when in London you must see a show! The show we choose- “Jersey Boys”. That idea still makes me smile, that while in Europe we watch a play about America. It was super fun though. I recognized all the songs thanks to my parents’ proper training of the oldies but goodies radio station. 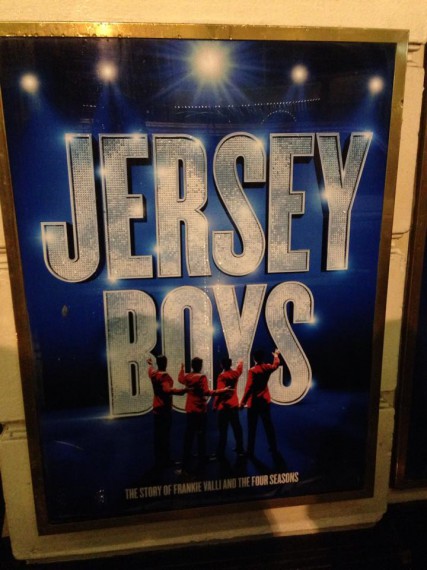 The next day we bought tickets for the tour bus and it was one of the best decisions we could have made. Already- we were feeling a bit tired dare I type exhausted. There is just so much to see! Let me just list everything we did before I waste any of your time:

-Took a ride on the London Eye

-Saw the changing of the guard at Kensington Palace

-Took a walk on Abbey Road

Details coming to a computer screen near you: in travel week, part 2