As the weekend approached, I became more and more thankful that I wasn’t obligated to pack a weekend’s worth of clothes and toiletries into my Osprey 46 backpack. This past weekend, my friends and I decided to stay back from all of the chaos of traveling and enjoy a short, quiet weekend in Paderno.

We set forth early Saturday morning to hike up the highly anticipated Mount Grappa. The sun was shining, there was a very light wind, and hardly any clouds were in the sky. As we reached our starting point of San Librale, our group became very excited. At this point, we were all expecting a relaxed, intermediate level hike up to the top of the mountain. What we found out very quickly was that this was not going to be an easy trek. The first half of the trail was clear of snow. With the sun shining, we were all dripping sweat. As we climbed towards the top, the temperature dropped and tracks of snow began to appear on the rocky trail. The further we climbed, the trail became more filled with small mounts of snow. At this point, I was sweating, but my feet were starting to cool off from trekking through in my tennis shoes. About two-thirds of the way up, the snow became very deep, about 10 feet. The first snow hill we climbed was a struggle to say the least. We put on our gloves and pulled ourselves up the mountain. We thought this was difficult, but we had no idea what was about to come next. The mountain became steeper and steeper and the snow became even more difficult to walk through. We were all exhausted, but we couldn’t stop now.

Up ahead we could see a small building, which motivated me to keep going and keep pushing myself to continue (mostly because I thought it was our destination). Each step I took became slower and slower, and my breaks became more frequent. After every few steps I would stop, take a few deep breaths, and then go on. After about 30 minutes of this, we reached the building, but it was nothing. There was a small “bench” outside made of snow to sit on, but that was it. With much disappointment, we decided to keep going and hoped that our destination was near. The mountain again got steeper. The home stretch was the hardest part. I felt like I was in the TV show Lost. My feet were numb, my hands were freezing, I was hungry, and I was tired. I was hoping for a miracle. About halfway up the home stretch we encountered a group of Italians. They were laughing and kept asking if we were ok, I could barely respond I was so out of breath. One of the men in the group could tell I was struggling and told me to turn around. I turned around and I could see countless mountains, they were beautiful. When I turn back around, the man smiled and nodded, as if to say “the view is worth it.” And he was right. The view made every minute of that treacherous 3-hour hike to the top worth it. It was breathtaking, like nothing I have ever seen before.

Once we reached the top, I was so overjoyed and proud of myself for pushing myself to take “one more step.” As difficult as the hike was, every ache and pain was worth it. I have never hiked something so hard, and so long, but that feeling of accomplishment and admiring the beautiful view with my own two eyes are two things I will never be able to recreate. I am so glad that I made the choice to climb that mountain, but I am even more glad that I was given the opportunity to do something like that! Nothing will ever beat that experience. 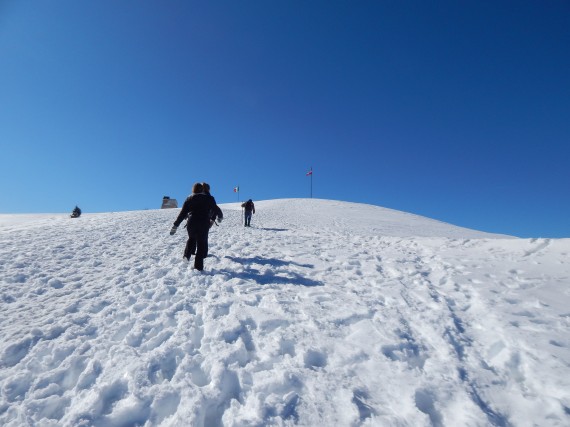 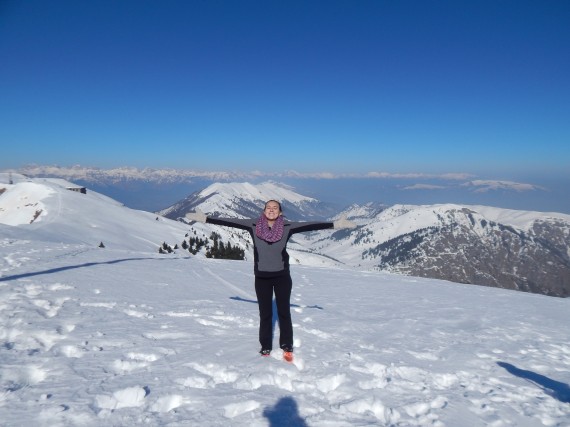 So happy I made it to the top!