When we left for Venice on Saturday it was cold and raining, just like it had been all day long. On top of that, we realized we had purchased the wrong bus tickets and were now going to pay for a cab to the train station. Once at the Venice train station, I accidentally found myself in the women’s bathroom after paying the outrageous price of one euro to use it. Needless to say, our day-and-a-half long excursion was not looking bright and the only thing motivating us was our determination to meet up with our friends from Virginia Tech. 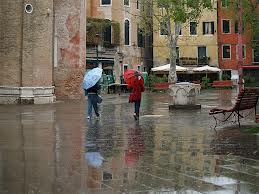 I will tell you right now that our trip to Venice did not end in the same gloomy way it started. Celebrating Carnevale was one of the coolest experiences I have ever been a part of and I am beyond happy that I was able to make the trip.

.
After arriving to Venice around 8 pm, Sean Cooper and I were able to meet up with our friends and grab dinner at a pizzeria not too far from their apartment. We then made our way to a small bar nearby and finally to a discotecca a little later. Contrary to the belief that Venice has no nightlife, I think everyone really enjoyed themselves Saturday night. While the bars are smaller, they can still be plenty of fun and it’s much easier to start up conversations with local Italians, which is always interesting.

.
The next morning everyone woke up and cleaned the apartment spotless before we headed out to see the city. After walking through the narrow alley near the apartment, we finally emerged in front of the Grand Canal where we could see hundreds of people getting off the train, taking pictures and shopping at the local vendors. It took me a few minutes to realize how celebrated this festival was in Venice. Not only was it the nicest day that I have seen since arriving in Europe, but it was also the opening day of Carnevale, the Venetian festival that’s been celebrated for over 500 years in a city that’s almost 2000 years old. 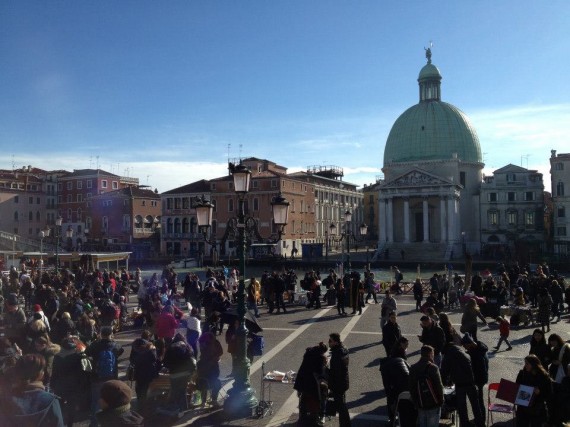 Yet the day had only begun. Over the next 6 hours or so our group walked through the narrow and crowded streets of the city. It didn’t take long before I stopped at one of the shops and purchased a mask (If you have the chance to go to Carnevale and don’t get a mask you should be ashamed of yourself). As soon as I put it on I really felt like I was a part of the celebration. But the mask was nothing compared to some of the costumes we saw. Some people were dressed in such extravagant outfits that they could barely walk more than 10 feet without having to stop and pose for a picture. 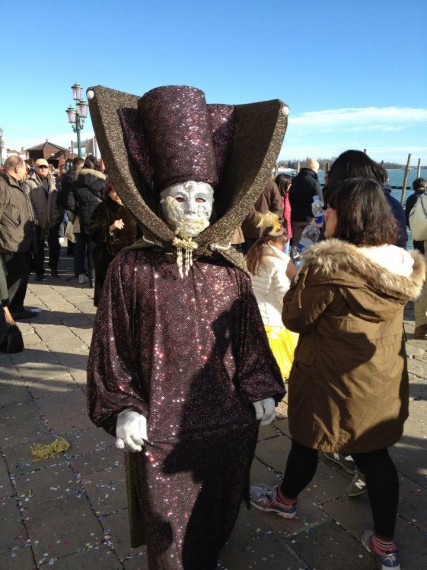 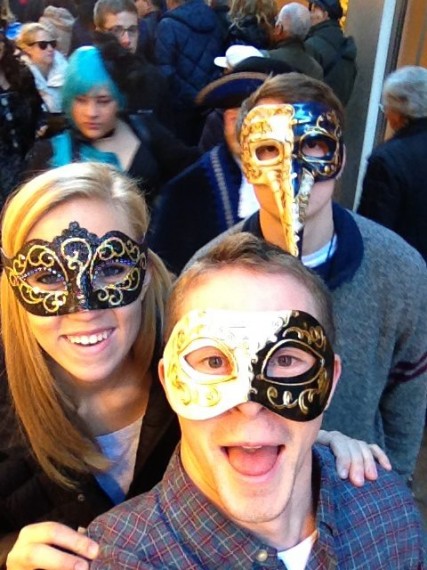 Once we arrived at the Piazza San Marco we were able to watch musical and theatrical performances and follow parades of people dressed in medieval battle gear. We were able to see the gorgeous buildings that bordered the Piazza and sit in a pew of the Gesuiti Church (which had to be THE most amazing building I have ever been in). 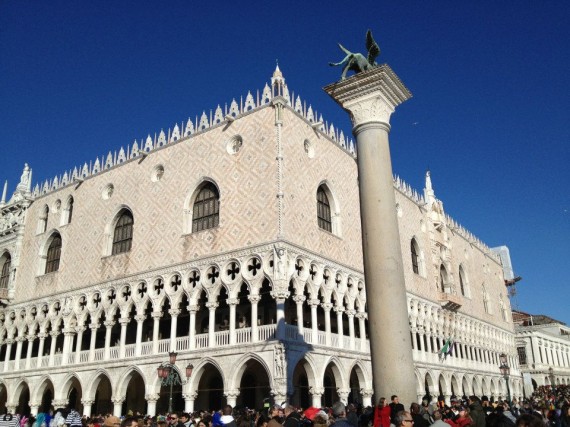 Finally we found a restaurant to get dinner and were served at a table right next to the Grand Canal. Sitting down with two of my best friends, watching boats and gondolas, and admiring the unbelievable city with a plate of delicious pasta in front of me was a perfect way to end the day. Just thinking about it now, words literally cannot describe how I felt at that dinner table next to the canal. 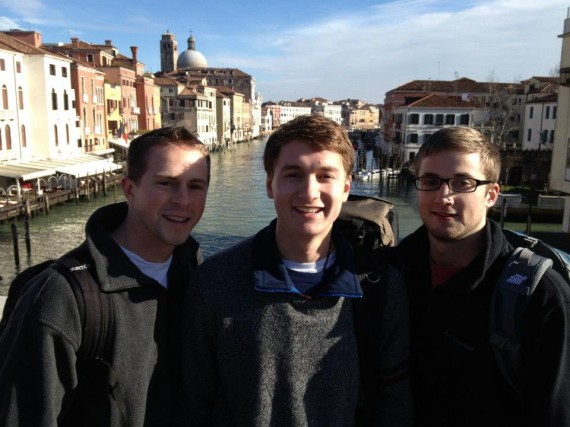 I honestly feel like I could go on forever and that I left so much out that could have been said. Being a part of this festival and getting to see the city on such a beautiful day was an amazing experience. After spending only one full day in Venice I definitely hope to go again. While Carnevale was awesome, the huge crowds somewhat limited sight-seeing. I would love to go on a tour next time so I can really appreciate some of the city’s rich history, architecture and tradition.