After my first week in Italy, I feel like I am in a completely different world. It’s funny how different my expectations were from what things are actually like here. But like I said in my last blog, I didn’t really have any clue what to expect in the first place.

My European journey all started when Sean Cooper and I got off the plane in Frankfurt for our layover. After arriving at our next gate (which was legitimately 2 miles away), I was immediately on the lookout for red CIMBA tags on other students luggage. It didn’t take long before I spotted one and introduced myself to a student named Ben from the University of Iowa. He was a real cool guy and once we landed in Venice, he introduced me to another group of Iowa guys and we have been hanging out ever since.

A few hours passed at the Airport before everyone got on the buses to Paderno. We arrived on campus an hour later and after getting through some orientation stuff, we finally moved into our rooms and unpacked our massive suit cases. Even though the six hour time difference and 13 hour flight was really screwing people up, it still seemed like everyone was determined to go out and meet new people. So after showering and changing into some better smelling clothes, Sean and I took off for the campus sports bar. Once I arrived and looked around, I had to question the Italian’s usage of the term “sports” bar given that it only had one tiny television and no sporting decorations anywhere. Regardless, the place was so packed with CIMBA students that you couldn’t even see inside because the windows were so foggy. 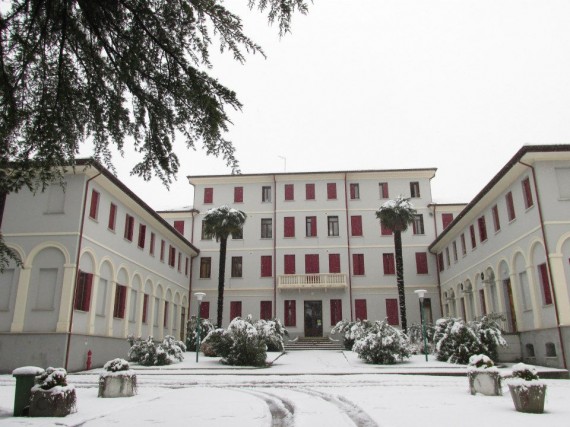 The bar was a blast that night and I think it quickly became very popular amongst the new American students. I say this because it was equally, if not more crowded the following four nights in a row. But the remainder of the week was anything but easy. We immediately jumped into classes and had meetings in between. When you weren’t in class or a meeting you were eating, trying to recover from jet lag, or going on day trips with your group.

On Friday, our group took a trip to the mall which was about 45 minutes away. It was really the first time any of us had been fully surrounded by Italians. I don’t know about everyone else on the trip, but I was pretty scared of communicating with anyone at that mall. The first encounter occurred when the old lady standing next to me in the wine isle dropped and shattered her pickle jar all over the floor. Knowing only the words “ciao” and “grazie”, I approached the poor woman with extreme caution in an attempt to help. When she started on a long rant in Italian I stared at her like a confused dog, too scared to utter a single word, and awkwardly backed away. Since then I have somewhat sharpened my basic Italian and like to look back on it as a learning experience.

The next day our group participated in a Kepner-Tregoe decision making seminar. Then, using everything we learned, decided to make a night trip to the neighboring town of Bassano. Our first stop was a bar, run by a group of huge bearded bar tenders who were apparently in an Italian biker gang. The place was full of young Italian guys who taught us some key Italian phrases. After gaining this crucial knowledge we made our way to one of the coolest bars in town called The Room, where we ended up meeting the mayor of Bassano himself. Finally we ended our long night at Le Roi Discoteca where we pumped fists to house music. It was a late night and ended up making for a much needed lazy Sunday where we had time to relax and start planning our travel break. 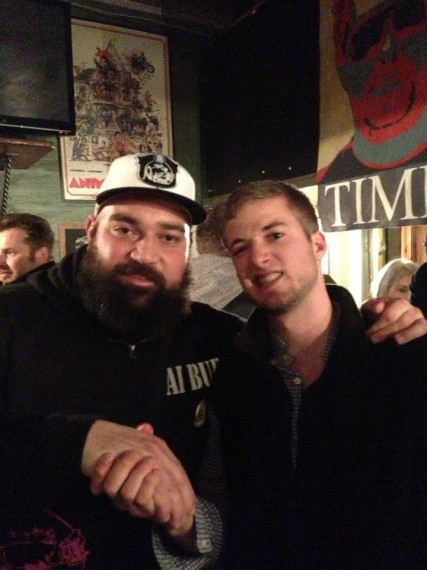 Sean with one of the bar tenders in Bassano 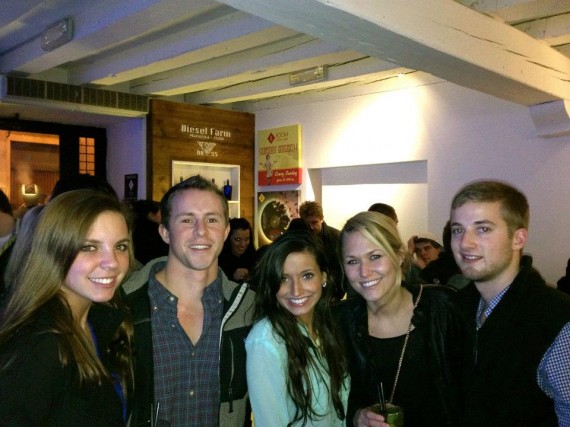