What an amazing weekend these past few days were! Seven of us ventured to the wonderful city of Florence and saw some more of what Italy has to offer. Friday afternoon  we went into the center of Florence which had an incredible leather market. If you did not already know, Florence is the leather capital of the world. So the leather was unbelievable.

Later on we went and saw Cattedrale di Santa Maria del Fiore, also known as Duomo di Firenze. Sadly, we did not have enough time to climb up inside the Duomo to overlook the city of Florence. However, it was still so incredible to see this beautiful architecture. For dinner we stopped at an Italian restaurant that offered outside seating facing the cathedral. 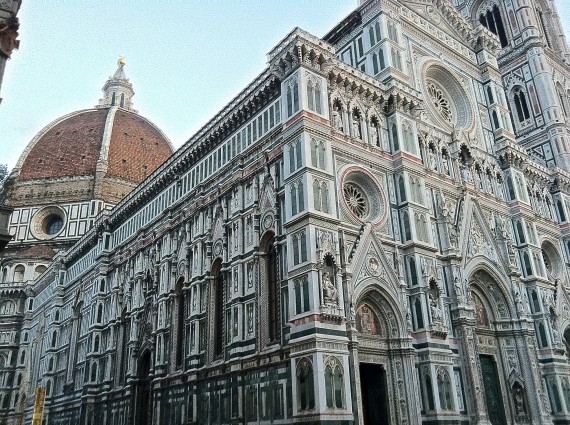 Saturday was my favorite day where we took a tour around the region of Tuscany. We stopped at Siena, San Gimignano, and Pisa. To begin the tour we started at Siena, which was very interesting and full of history. A ritual that I found out about is the “Palio de Siena” which takes place twice a year. This is compiled of horse racing from each of the different neighborhoods located around Siena. Next, we walked to the highest point of the city and saw the Duomo of Siena, also known as Cattedrale di Siena. This was my very favorite cathedral and I could have spent hours looking at the amazing architecture both inside and outside. 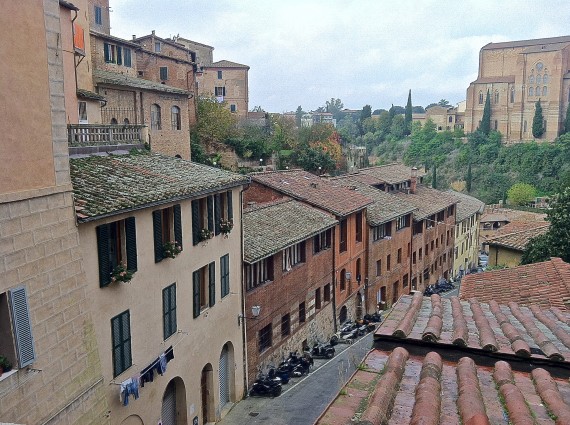 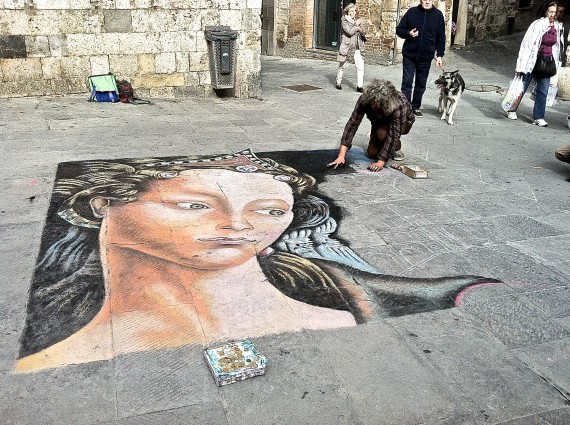 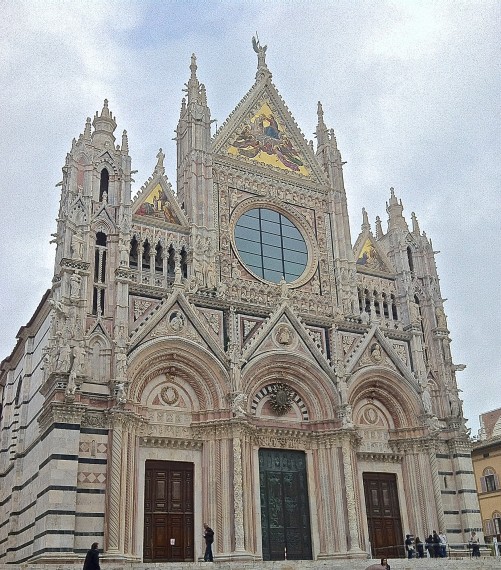 The next stop was San Gimignano, which ended up being the best stop in my opinion. For lunch, the tour stopped at a vineyard about five minutes away from the city. I could not believe how picturesque the views were and how tranquil it was. No matter what direction I looked, all I could see were vineyards for miles and miles. I have always heard that the Tuscany region is one of the prettiest areas in the world, but now I truly believe that. After an outstanding lunch we went into the center of San Gimignano (which was incredible). It was very unique and I have never seen anything like it. The medieval town is inside of an old stonewall, which used to be for protection. 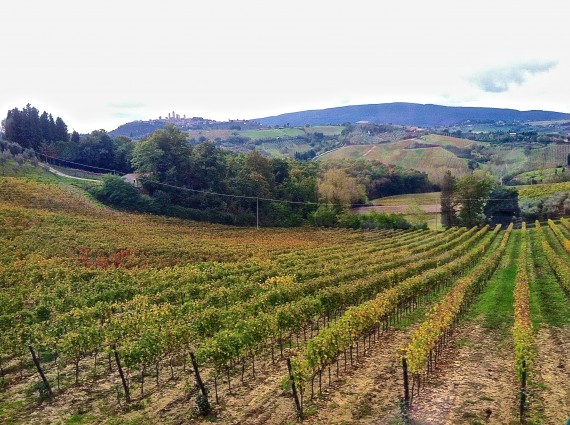 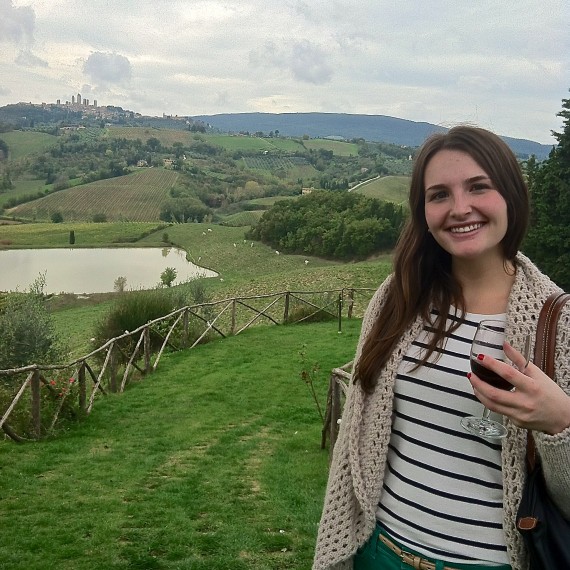 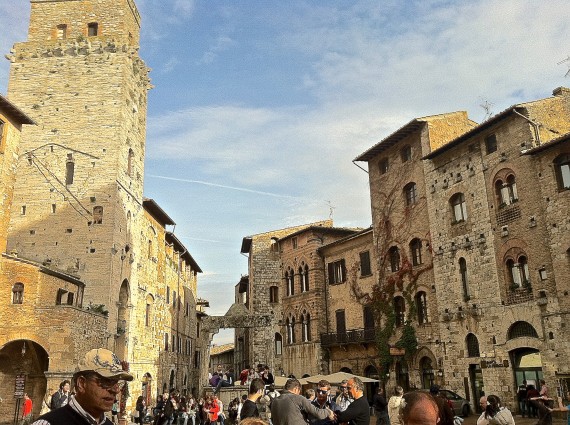 The last stop of the tour was the well-known city of Pisa. It was very exciting to see the famous Leaning Tower of Pisa. We were all able to get our touristy pictures of ourselves holding up the leaning building. During the tour our guide told us the history of how the tower got its lean, and I was fascinated to learn that the cathedral located next to Pisa has a lean as well.  I was also intrigued to find that Galileo Galilei lived in Pisa and taught at the local university. 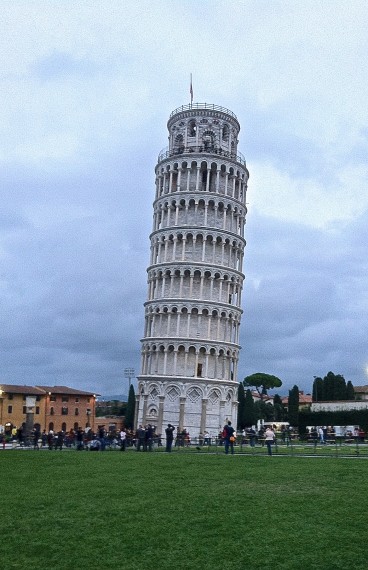 Sunday morning we woke up early and saw the Statue of David at a museum in the center of Florence. This is one of the top five favorite things I have seen since being in Europe. I was in awe by how exquisite this statue is in person. I was also expecting the monument to be approximately 5-6 feet tall, but I was blown away to see that it is seventeen feet tall. After staring at the piece of art for about fifteen minutes I could have sworn that David was breathing and about to start moving. It was incredible how realistic the statue is from head to toe. 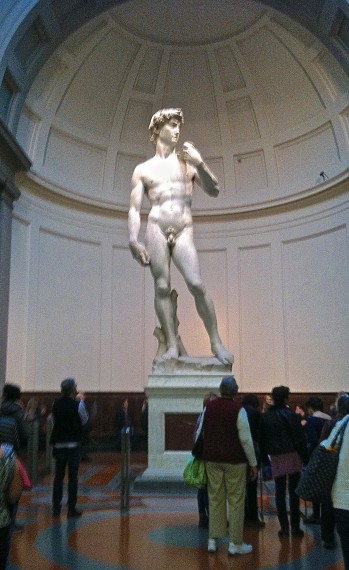 All in all, this weekend in Florence was wonderful and I was able to see a lot of interesting cities. As for this upcoming travel week, a group of us are headed to Greece for ten days. Half of the time will be spent in Crete and the other half will be spent in Athens. I was unbelievably excited and cannot wait to see what this country has to offer.